The Zombie land Saga is a Japanese anime which has been in the news recently. The anime was first released on 4 October, 2018 and became enormously popular around the globe. The anime lovers from all over the world praise the amazing storyline of this show. The first season of this anime is already ended and now the fans are hoping to see the second installment soon. The show ended with a cliffhanger and it became necessary for the audience to know what happened in the later story with Franchouchou.

In this article, we’re going to discuss the Zombie land Saga in detail and will also look at the possibilities of the second season. Wanna know? Then read this article till the end 🙂

What is the Zombie Land Saga?

Zombie land Saga which is known as Zonbi Rando Saga in Japanese, is an popular anime series which has comedy as well as horror in it. If you love comedy plus horror types of anime, then Zombie land saga is a perfect pick for you. This anime series somehow resembles the manga which has been released on the internet for a long time. The show finally ended on 20 December 2018.

The story follows a young and beautiful girl named Sakura who wants to become an idol. Japanese culture is full of amazing things and one of them is their amazing singer whom we call idols. Sakura, like every highschool kid, dreams of becoming an idol. On the day of submitting the application form, she dies in a road accident. After the time gap of 10 years, she wakes up in the body of a zombie and the story starts.

As the show aired for the people, it instantly became a hit and people wanted to see more about Sakura and his idol life. People are hoping to see the second season of this anime but is it coming? In order to get the answer you must read the next section.

Read More- The Saga of Tanya the Evil – Is It Ready For Season 2?

Is the Zombie Land Saga Coming With a Second Season?

The last episode of season 1 was ended on 20 December 2018 and it’s been almost 2 years since the fans last heard anything about this series. But surprisingly, a ray of hope emerged when there was an official statement regarding the season 2 of Zombie land saga came to us. The show is officially renewed for its second installment. The second season will be titled as Zombie Land Saga Revenge and I know you can’t wait more for it.

The news officially came from the official Twitter account of Zombie Land Saga. You can check out the tweet below. Also, the first poster of this anime is also released by the producers.

What Is the Release Date of Zombie Land Saga Season 2?

It is confirmed that Zombie land Saga season 2 is finally renewed and if you are wondering about the release date then you are at the right place. All the fans have been waiting for a long time and now it is finally happening. Luckily, The release date of season 2 is also announced and it is going to happen in April 2021 which means it is soon going to come. You just have to wait a little bit more to see it.

Read More – Full Metal Panic Season 5 – When It Is Going To Release?

What Is the Plot of Zombie Land Saga Season 2?

The storyline of this anime reflects the glamour world of idols and Japanese pop culture. The story starts with the main lead Sakura Minamoto, who is a young highschool girl. Since her early childhood she was fascinated about the idol’s life and wanted to be one. Other than being an idol, she has another dream which sounds quite weird to me at first. She wanted to become a zombie.

While following her dream of becoming an idol she went to submit her application form but while being on the way she got hit by a truck badly. The accident leads to her death at that point.

Then the story will directly jump to the next 10 years and now the dream of dead Sakura comes to life. She is now into the body of a zombie and at the same time doesn’t know anything about her past highschool life. She tries to remember herself and her name but fails to accomplish the task. Finally all her worries come to an end when she meets with a guy named, Koutarou Tatsumi.

He explains to her how he has given a life to her and also six other girls. He has done so because he wants to make a zombie idol group which will reflect the true culture of japan.

Now Koutarou became their manager, who is of course not nice to the girls and started to book shows in order to make them famous. By the way their group name is Franchouchou and due to the hard word of the zombie girls and the cruelty manager they achieved the fame which they were looking for.

In the second season, we’ll go deep into the life of Franchouchou and their dreams. The storyline of this anime is quite different from the rest of the anime series.

Read More – Interviews With Monster Girls – Know Everything About It

Who are the characters of Zombie land saga season 2?

The show will not remain the same if the original characters will go missing. In webseries, there were chances of the cast members to leave and break the contract and it leads to the heartbreak of the audience. However, in anime, we don’t face such problems. The animated characters have been in our life and there is no chance of them leaving.

The main characters of this show are the zombie idol groups and their managers. The story follows the zombies girls mainly. In the next paragraph, we’ll see some of the characters description which is must to read in order to understand the show.

Starting the list with the main character of this anime, Sakura. Firstly, she was just a normal highschool girl who dreamed of becoming a famous idol one day. But she died accidently in a accident. Later she becomes a zombie and is selected in a zombie idol girl group. After becoming a zombie, she forgets everything about her past life. She doesn’t even remember her name but as she started her idol journey the memory started to making a shape. She is slowly remembering her past life and it will be fun to watch season 2 because of it.

If you are well aware of the idols and the Japanese culture then you would probably know about the leaders. Every idol group has a leader and the leader of our zombie girl group is Saki. Before becoming a zombie, she used to be a cool bike rider. even more she has a group which has an amazing girl rider and she used to lead them. She died because of her chicken race.

The next zombie idol of Franchouchou was also an idol in her previous life. She was one of the famous idols and greatly loved by fans during her time. She died in the 1980s because of the plane crash. That was the time when there were no Social networking sites. Reappearing as a zombie and then becoming an idol is hard for her because the time is not the same. There have been multiple changes in the world and also the introduction of hightech gadgets and technology made it more harder than before.

Like Junko she was also an idol in her past life. She was a former member of the group named Iron Frills but her life ended during one of the events. While performing a concert a heavy lighting falls into her which ultimately leads to her death. Sakura used to idolize this group and was one of the hardcore fan of it too.

The one of the rude yet sweet members is here. In a group there should be different types of people to have more variance that’s why we have Yugiri. She has a habit of arguing and criticizing others a lot which sometimes go on the nerves of other members.

The sixth member of the group is none other than Tae Yamada. She has come up with the name Franchouchou. But unlike every other member she is figuring out her past human life but fails. While all the other members are getting their memories back she is the one who doesn’t.

These anime have beautifully adapted into the lifestyle of today’s world. The most amazing thing which I like about anime is their creativity and this is the reason which makes people attracted towards Japanese anime. Now you may be wondering why am I talking like this? Why am I so spiritual and becoming so motivated? This is because the lily character. She is transgender and used to act as child. Lily died because of cardiac arrest. She is a happy-go-lucky person and she also loves to become a child.

Zombie land saga is all set to release its second season for the people on April, 2021. The show aims to follow the comedy and the horror theme of the people and people can’t wait more. The story revolves around the idol life of sakura and 6 other members. If you are someone who wants to try something different anime then you should consider this anime for sure.

Find this article helpful? Read about your favorite anime from our website, Keeperfacts. 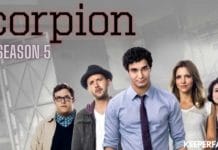 Keeperfacts Team - 09/03/2021 0
Well, known Creation of Hiroyuki, Shaman King is supernatural, adventure series of Japan. The manga is centered around the adventures of Yoh Asakura. He...

Twenties Season 2 Is Coming Or Not? All You Require To...