When Is Young Royals 2 Coming Out? Know More About the Show?

Young Royals season 1 was so popular on Netflix that fans immediately demanded a second season.

Young Royals is a fictitious storey about an adolescent prince named Wilhelm (Edvin Ryding). Wilhelm is sent to an affluent boarding school following a highly publicised altercation at a nightclub. He meets Simon (Omar Rudberg), a student who is openly gay, and the two fall in love. Wilhelm, on the other hand, is in the closet, divided between duty to the crown and his love.

Season one of Young Royals finishes on a cliffhanger, which naturally leaves fans wanting more. With that in mind, here's everything you need to know about Young Royals season 2, including the release date, cast, trailer, spoilers, and updates on the show's future. Will There Be a Second Season of Young Royals?

Yes. On September 22 accompanied with a video of the cast announcing the show's return for a second season.

When Will Young Royals Season 2 Premiere?

Netflix announced on February 25, 2022, that filming for Young Royals season 2 had begun with a video featuring the actors. 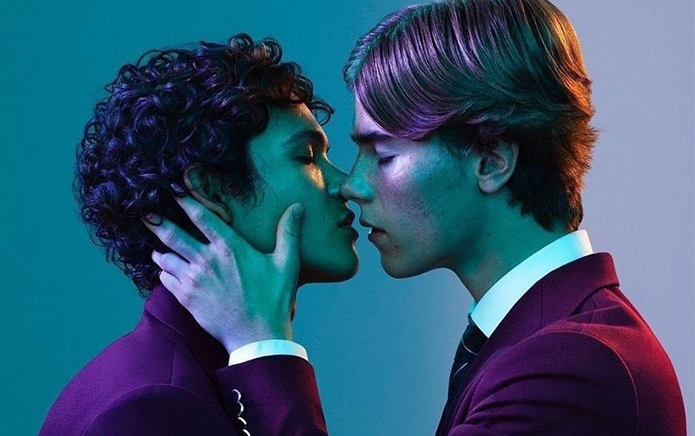 As of now, it appears as though all of our favourite characters from the first season of Young Royals will return. Edvin Ryding (Wilhelm) and Omar Rudberg (Simon) are set to return for additional romance and drama. Additionally, we anticipate the return of Malte Grdinger (August), Frida Argento (Sara), Nikia Uggla (Felice), and Natalie Varli (Madison).

Read more: Letterkenny Season 11: Is It Confirmed or Cancelled?

Not to mention the return of Carmen Gloria Pérez as Simon and Sara's mother Linda and Pernilla August as Wilhelm's mother, Queen Kristina of Sweden. Ivar Forsling, on the other hand, is unlikely to return as Wilhelm's brother now that Prince Erik has died. Having said that, he might still appear in flashbacks.

What Can We Expect From Young Royals Season 2?

Wilhelm and Simon's relationship came to an end as a result of August revealing their sex tape. Wilhelm denied being in the film after his family pleaded with him to do so in order to protect the king. He then asked Simon if they could remain together in secret, but Simon refused, stating that he is not interested in being anyone's secret.

The first season concludes with Wilhelm confessing his love for Simon but reluctant to display it openly, and their relationship appears to be over. However, given that both of them are still clearly in love and studying at Hillerska, it's probable that their love storey is far from done.

Elsewhere, August and Sara have developed an unspoken romance. We imagine that it will be revealed in season 2, and it's unlikely that Felice or Simon will approve considering August's treatment of them both.

There is currently no Young Royals season 2 trailer available, but we will keep you updated as soon as one becomes available.

Who Will Appear in Young Royals Season 2?

NETFLIX's young royalsIf there is one person who is certain to return in Young Royals season two, it is Edvin Ryding as Prince Wilhelm. Expect the following to join him:

Both Ryding and Rudberg establish a connection with their respective personas.

Read ore:  Vista Clear Eye Reviews: These Ingredients Work for You? Read This Before Buying It

“There are certain aspects of these people that we can identify with,” Ryding explained to Numero. “I recognise myself in Wilhelms' struggles with anxiousness. I've conducted research on the royal families, but there is so much more to it that we, as civilians, are unaware of. As a result, we will never know exactly how it is. From what I've read and seen, I'm not sure I'd want to be a young royal.”

“It would be enjoyable to experiment with it for a day or a week, but not indefinitely,” Rudberg said. “Edvin did, however, attempt to portray a royal on set at times. I have a lot in common with Simon. Whenever he is at school, with friends, but also when he returns home to his Latin American mother, with whom he communicates in Spanish. They have this uncanny resemblance. School life is not easy for him, and in that way, I see myself in Simon. However, I am unable to relate to his grades.”

Ivar Forsling is one star who may not return following the death of Crown Prince Erik in season one. Having said that, Erik had a significant impact on Wilhelm, and it's certainly likely that he'll return for some flashback scenes in season two.

Young Royals features a Star Wars appearance you might have missed.
While we're on the subject of the actors, it's worth noting that foreign fans may recognise Pernilla August, the actress who portrays Wilhelm's mother, from another galaxy, if you will.

That is correct. After playing in Swedish classics such as The Best Intentions and Ingmar Bergman's Fanny and Alexander, Pernilla made her English-language film debut in 1999's The Phantom Menace as Shmi Skywalker, a.k.a. Anakin's mother. Pernilla has since appeared in additional Star Wars films, including Attack of the Clones and an episode of the animated Clone Wars television series.

The Disney Channel Has Renewed ‘Secrets of Sulphur Springs’ for a Third Season.