A Discovery of Witches Season 2 is Coming Up!

Demon, Witches, Vampire, Do you get Goosebumps every time while listening to these names? Is Twilight is your favorite movie? Do you watch it again and again because you don’t have a alternative of it? That’s why we are here for you.

Let me introduce you with a show who shares same genre like Twilight. It is filled with drama, Action and ofcourse Romance. A Discovery of witches is your stop point.

A Discovery of witches – A complete Summary

A Discovery of the witches is a Fantasy Drama, which is based on the book of the same name. The Novel is from the ‘ All soul’ trilogy which is beautifully written by Deborah Harkness. The fact that this show is based on a book but you’ll find a complete sets of variety while watching it.

Talking about the show which was first premiered on 14 September, 2018. The first season consist of 8 episode and the show is handled by the Sky one network. The story starts with Diana Bishop (Main Female Character) who is a Historian find a book in the Oxford's Bodleian Library.

Diana is reluctant witch and the book she find is not a normal book. The book is actually Bewitched manuscript and now with discovery of the book she goes into the world filled with magical things. Now, we don’t want to spoil more and you’ll find an interesting story as you go ahead of the show.

The best thing about the show is it keeps you busy and you’ll find it interesting throughout the story.

A Discovery of Witches Season 2 – When will it release?

So, if you have already watched the first season and wondering about the second season then we have a good news for you.

The second season is going to air it’s first episode on 8 January, 2021 *Which is soon going come*

The second season was renewed back in 2018 and it’s been 2 years since then but fans are happy for second season.

A Discovery of Witches Season 2 – When will the trailer release?

The official trailer of the discovery of Witches is already uploaded in YouTube by the Sky TV.

In which the trailer we can see that Dianna and Matthew goes in time-travel to Elizabethan London. There, Diana went to looking for “England’s most powerful witch”. But during the journey she accidentally lost the super-powerful book which helps them to be immortal.

The trailer is great and fans are happy with it, We have mentioned some of the reaction of fans for the trailer.

Andrew Edgar – “ Can’t believe they are releasing all episodes same day! Two years I’ve been waiting for this! So Excited!!

A Discovery of Witches Season 2 – Who is going to cast?

The main protagonist of A Discovery of Witches is same as it was before and none of them is changed. Teresa Palmer will be playing the role of our lovely witch whereas Matthew Goode will be seen as Matthew. 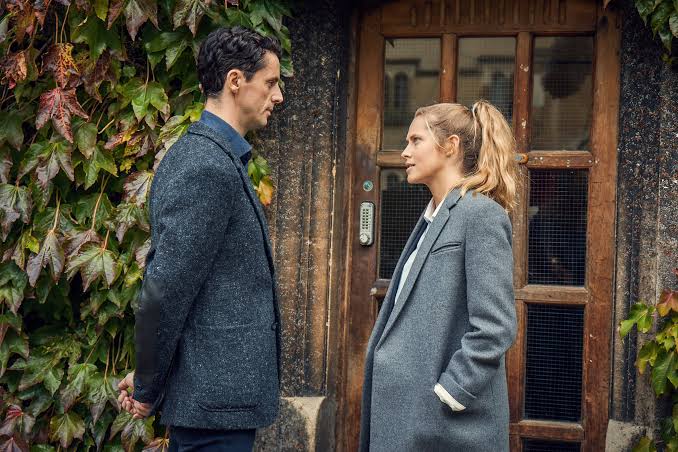 Additionally, we have attached an interview in which Matthew have praises his character and we think you should hear it.

“I love his soul and the fact that he suffers from a condition that he has to repress massively otherwise he will spiral out of control. “

“There’s a lot of sadness in his life and yet he’s striving to save creatures, which are waning and losing their powers. I just love him.”

Moreover, the cast of season 1 which we are already familiar with, going to come back.

A Discovery of Witches Season 2 – what will be the story?

So a lot of things going around in the internet about the second season which you have probably heard by now. As we have already stated that the movie is based on the novel so it’ll be match with it. The second season is based on Harkness which is a part of book shadow of night.

“Book Two of the All Souls Trilogy plunges Diana and Matthew into Elizabethan London, a world of spies and subterfuge, and a coterie of Matthew’s old friends, the mysterious School of Night.”

“The mission is to locate a witch to tutor Diana and to find traces of Ashmole 782, but as the net of Matthew’s past tightens around them they embark on a very different journey, one that takes them into heart of the 1,500 year old vampire’s shadowed history and secrets. For Matthew Clairmont, time travel is no simple matter; nor is Diana’s search for the key to understanding her legacy.”

Moreover, the second season will follow the storyline of the first season. If you have already watched season 1 then you know how it follows different plotline. The last episode was ended in a cliffhanger and fans want to know more about it.

With the introduction of Diana’s witch aunt and Ysabeau joining forces we can see a lot of happing in season 2.

Official Plotline of A Discovery of Witches Season 2

There might be a lot of theories going around in the internet but nothing beats the official news. I mean the flim-makers have already released what is going to happen in season 1 and 2, then why to see at the rumors.

So, starting with the Season 1, Diana Bishop goes to London along with his fellow partner Matthew Clairmont. Why they went to London? They are looking for a powerful witch who can help Diana to control her powers.

The search for the powerful witch continues in season 2 also. But instead of Witch they find a wealthy Alchemist in London. The Alchemist named Mary Sidney, who is ruler of the London.

Now, we have to find what will happen in the upcoming season. And in order to find it, you have to watch it.

A Discovery of Witches – Where can you watch it?

If you want to watch this series then you can Go to Sony Live app and watch it there. We have attached a link of sonly live app below.

Or you can download it from the Play Store and App store.

Ratings of the show

While looking at the rating of the show, you’ll not disappoint with it. The rotten tomatoes for this show are 94% whereas the IMDb rating of this show is 8.1/10. So, if you’re someone who watches the show by judging the ratings then this show is for you, Go for it.

Furthermore, the Audience Rating Summary of A Discovery of witches is 4.8/5.

The show is greatly loved and acknowledged by the fans. The whole story is really amazing which attract the eyes of people greatly. With so much love and support for the show, the fan’s rated A discovery of Witches 4.8. Let’s take a look at the feedback of the Audience.

“Firstly as reader of the books which I loved, I find the TV series a bit different but has to be expected when translated to the screen. I really like the casting which I think is excellent particuarly Matthew Goode as Matthew Clairmont and Teresa Palmer as Diane Bishop, albeit Teresa’s accent sometimes swaps/merges with her American/Australian accents, the latter which can be quite flat.

The richness of the scenery on location and on set, are fabulous especially Oxford and the sets at Matthew’s house and Sept Tours are magical. A lot of this must be enhanced by the excellent photography/filming which is so rich in colour, this provides exactly the perfect ambience for the story. “

“I love the show! Can’t wait for season two! I love how the story begins and gradually introduces other creatures, including the laws in which the creatures have to abide by, but at the same time, other creatures seek power and seem eager to make secret agreements with sworn enemies with the end result of destroying those very enemies.”

“It was amazing!!! I saw the trailer a while ago but never had time to watch it, until now! I binge watched the whole thing last night and it was absolutely amazing! Made me wanting more, the character development was great, the acting was spot on, love Theresa Palmer, so of course I was going to support this show. The plot is complex in a good way. The universe is so well thought of! Everything about it was great. If you like the supernatural theme, drama, romance and history you’ll definitely like this show. I have the book collecting dust but now I’m propelled to read it now!”

A Discovery of Witches is a Fantasy Drama which will give you a Twilight Vibe. The show is renewed for it’s season 2 on 2018 and now the season is going to premiered on SonyLiv. The release date of the show is 8 Jan 2021 so all of the fans who have waited for 2 years, just have patience for few more days.

Made in Abyss Season 2: All Recent Updates that you should Know

Jungle Season 1: Season One of the Series is Officialy Launched on Amazon?

Jungle Season 1: Season One of the Series is Officialy…