Who is Lou Fleming in Heartland? Husband in Real Life 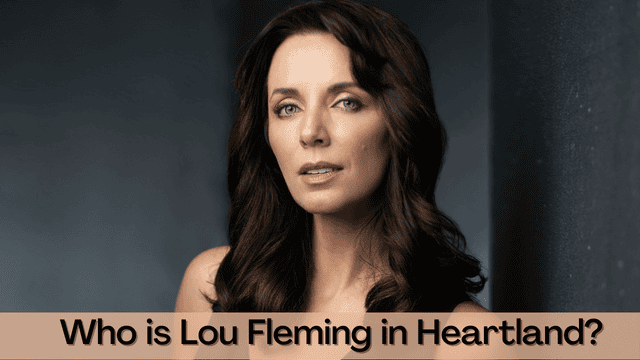 The longest-running Canadian drama series that has won the hearts of equestrians everywhere is Heartland. The show is based on a ranch in the stunning province of Alberta and revolves around a group of relatives and friends who are all horse enthusiasts.

Amy Fleming, the main character of the show, has a big sister named Lou Fleming who can be a little domineering. After her mother's passing, she comes back to help run the family business at the ranch.

The fan favorite Lou Fleming‘s true life, professional life, and personal life will all be discussed today. So follow along with us till the article's end.

Who is Lou Fleming?

In the television series Heartland, Canadian actress portrays Lou Fleming. The fourth of her family's six children, the actress was born in 1981 in Calgary, Alberta, Canada.

Michelle Morgan had the good fortune to enroll in a school that regularly staged plays, which launched her acting career. She enjoyed performing when she made the audience laugh in the play Joseph and the Amazing Technicolor Dreamcoat.

Michelle Morgan then sought a career in the film industry after completing her studies in theatre and classical literature at the University of Toronto.

Michelle Morgan is a well-known actress who has also made her own short films and is a fervent supporter of women's rights. She likes to write, go hiking, practice yoga, and spend time with her family in her free time.

Michelle debuted as Lou in the CBC television series Heartland in 2007. She made an appearance in the zombie movie Diary of the Dead that same year.

She made an appearance on Stargate Atlantis in the 2008 episodes “Be All My Sins Remembered” and “Ghost in the Machine” as FRAN (Friendly Replicator Android).

She started her own production company, “Medano Films,” in 2018. Her debut short film, “Mi Madre, My Father” (2017), starring Stephen Amell, was chosen by Telefilm Canada for the Cannes Film Festival's “Not Short On Talent Corner” in May 2018.

Festivals like Hollyshorts, the Brooklyn Women's Film Festival, and the Vancouver Short Film Festival have screened Michelle's first film. Three episodes of Hudson, a new digital series from CBC that is a spinoff of the venerable programme Heartland, were directed by Michelle in 2019.

The romantic comedy “Save Yourself” (2019), directed by Michelle, is set on the beaches of Tofino, British Columbia. In 2020, Michelle will work on her feature film project, a post-apocalyptic western called “The Plains,” as part of the Women in the “Director's Chair, Story & Leadership Program.”

Lou From Heartland: is She Wed in Real Life?

The Heartland character Lou‘s real-life spouse is Derek Tisdelle. Mara Carmen Tisdelle and Noah Santiago Tisdelle are the couple's two children. They were wed on June 30, 2012.

In order to care for the kids while Michelle Morgan is on set, the family resides in West Vancouver. The family frequently travels to Tofino for surfing holidays because Morgan and Tisdelle are both avid surfers.

On the Heartland Set, Michelle Morgan Developed a Passion With Horses

Michelle Morgan rode horses on her great-ranch grandfather's in Chile before to being cast in the show. She had only a limited amount of experience working with horses prior to those few instances.

Working closely with actual wranglers on the Heartland set allowed Michelle Morgan to gain insight into what it's like to be a cowboy.

The actress developed a love for horses and began eagerly anticipating every chance to ride. She was even sad when doubles had to perform the harder jumping!

Michelle wants to keep horses in her life even after the Heartland series wraps up production (if that's ever going to happen).

Meta Quest Pro Vs. Quest 2: What Are the Major Differences?