Who is Jac Cordeiro? Who is Mystery Woman Shops With Alex Rodriguez

Alex Rodriguez, 47, was spotted with a blonde following his breakup with Katheryne Padget. On Monday, the former baseball player was photographed getting close to an unidentified woman, who netizens dubbed a “mystery woman.” As it turns out, Jac Cordiero, a fitness specialist, is the mystery woman who recently came to light.

Who is Jac Cordeiro?

The Canadian beauty appears to have a romantic relationship with Rodriguez. The duo was photographed strolling hand-in-hand along Rodeo Drive while sporting fashionable sunglasses and handsome attire.

Alex opted for a casual ensemble by donning a navy sweater over a white T-shirt, along with blue pants and white sneakers. In the meantime, his female friend sported a cropped coral jacket with white-legged trousers and a beige cardigan and carried a rather pricey Louis Vuitton shoulder bag. 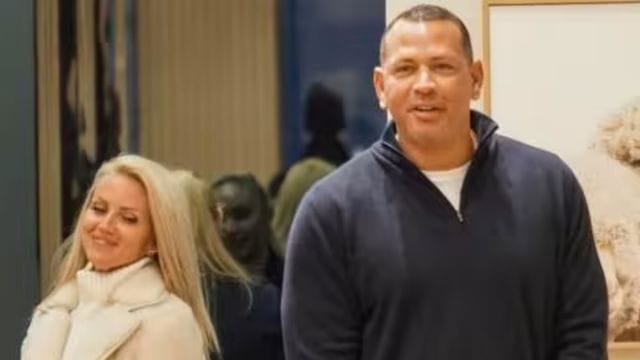 The pair was sighted for the first time, as no witnesses or media outlets had before reported their existence. According to a source, Rodriguez is “extremely happy” and “enjoying” his time with her.

“She is remarkable! She is a former nurse and a mother to two children, the insider added.

On her official Instagram account, Jac Cordiero, a Canadian fitness expert and the founder of JACFIT, has approximately 66 thousand followers. Her thousands of followers are undoubtedly admirers of her great physique. She frequently posts stunning images of her figure on the platform.

Recently, Alex separated from Kathryne, who was once again a fitness competitor, but according to a source close to the family, “it's all good.” A-Rod is “hanging out with his family” and “having fun” after the separation. A-Rod said earlier in 2022 that he had no regrets about his romance with ex-Jennifer Lopez, who married actor Ben Affleck this summer.

On the show Who's Talking to Chris Wallace, when Rodriguez was asked about Lopez beginning a new relationship so soon after their breakup, he attempted to play it cool by providing a rational and diplomatic response. Choosing to keep his response brief and uncontroversial, he just wished the newlyweds the best for their future.

“To begin with, I am relieved that I will never again be a Presidential candidate, because [if I am], you would destroy me. With Jennifer, I had a lovely experience. I wish her and the children, who are great, attractive, and intelligent, the best of luck. “That's all”

Chris then asked Alex if he would be a good spouse in the future, to which Alex responded, “Yes, I would,” acknowledging that he had learned many things from the past.

“I believe Sports Illustrated dubbed me the best player in the country when I was 15 years old if you consider my entire existence. During that period, I was Alex Rodriguez.” Then, in the middle, “I got it!” After signing a $250 million contract, he eventually lost his way and became “A-Rod.”

Although Lopez has dated a number of high-profile celebrities, Alex Rodriguez was the only one with whom she came close to marriage but ultimately walked away. It was her final romance before reuniting with her husband Ben Affleck, her current husband.

Jennifer Lopez and Alex Rodriguez's separation was confirmed one week after speculations of reconciliation between Lopez and Ben Affleck began to circulate. Eventually, the story turned out to be true, as we subsequently learned that the couple truly reunited and wedded in Los Angeles last July.

However, A-Rod revealed in the interview that he still harbored some resentment, leaving their followers to speculate as to the cause of their split, which has been kept under wraps until this point.

The positive statement he made may not represent the complete truth, but that does not imply that everything they say and do is a lie. Moreover, the rapid progression of Lopez and Affleck's relationship did not come as a surprise. They quickly became involved with one another and essentially resumed where they left off. It was an unusual occurrence to observe. Rarely do lovers unite twice, but they did.

As she and Affleck continued to live in the new atmosphere, she remarked that it was “one of the best days of our lives. We could not have been any happier. I wish you, everyone, the same kind of happiness…those that are gained through struggle and will be much sweeter for it.”

Seniors Urged to Protect Themselves From Online Scams

What is Among Us VR: Release Date? Platforms, Trailer and More Updates!