Know About the Man Christopher Scarver, Who Killed Jeffrey Dahmer? 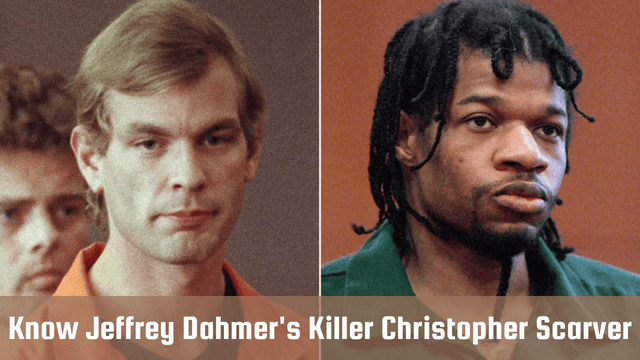 The act of murder is not something we disregard or do not think is acceptable. However, when news spread that serial killer Jeffrey Dahmer had been murdered in prison, no one felt the need to defend it or consider it to be unfair. Because the world wanted Dahmer dead after learning what he had done, and this was accomplished by a man by the name of Christopher Scarver.

Who is Christopher Scarver, then? the person responsible for Jeffrey Dahmer's death, America's most dreadful serial killer. This article contains the solution.

When Christopher stopped attending school, he developed a drinking problem, which led to his mother evicting him from the family home. He was soon hired as a trainee carpenter at a Wisconsin Conservation Corps job programme shortly after that.

When Scarver finished his programme, his boss Edward Patts agreed to hire him as a full-time carpenter, but Patts later declined to do so, according to Scarver. Scarver's drinking addiction worsened once he lost his job. As his mental state deteriorated, he began to hear voices referring to him as “the chosen one.”

When Scarver located Lohman, he held the manager at gunpoint and demanded payment; Lohman complied by giving Scarver $15. As a result of Christopher's intense wrath, Lohman was fatally shot in the head. John Feyen, the site manager, was next confronted with a demand for money. When Feyen refused, Scarver shot Lohman twice more.

Scarver received $3000 from Feyen, and after receiving it, Christopher fled. Christopher Scarver was found guilty of murder in 1992 and given a life term in the Columbia Correctional Facility in Portage, Wisconsin.

Christopher Scarver: Conviction for a Second and Third Murder

Two years after receiving a life sentence, Christopher Scarver was found guilty of his second and third murders in 1994. Scarver was tasked with working with two prisoners on November 28 of this year, one of them just so happened to be Jeffry Dahmer.

The other was a killer by the name of Jesse Anderson who received a life sentence for the death of his wife. According to reports, the three murders were given the task of cleaning the restroom in the prison gym, and the guards left them unsupervised while they worked.

Scarver used a 20-inch weapon that he had taken off of one of the gym equipment to beat Jeffry Dahmer and Jesse Anderson to death.

Scarver killed the two, went back to his cell, and when an officer came to question him about why he wasn't performing his duty, they discovered that both Jesse Anderson and Jeffry Dahmer had been beaten. Jesse Anderson passed just two days after Jeffry Dahmer's death, which was certified on the spot.

Read More: What Was the Last Movie Played By Coolio Before His Death?

In November 1992, Christopher Scarver ended the horrific serial killer Jeffry Dahmer‘s life. In 1992, Jeffry Dahmer received a life sentence and has been held in isolation for the past year. Jeffry and Christopher weren't paying attention to each other at this point.

After Jeffry started acting violently within the jail, Christopher began keeping an eye on him. Some claim that Christopher Scarver killed Jeffry Dahmer because of the crime Dahmer committed, however Christopher started looking into the convicted murder of Jeffry Dahmer. 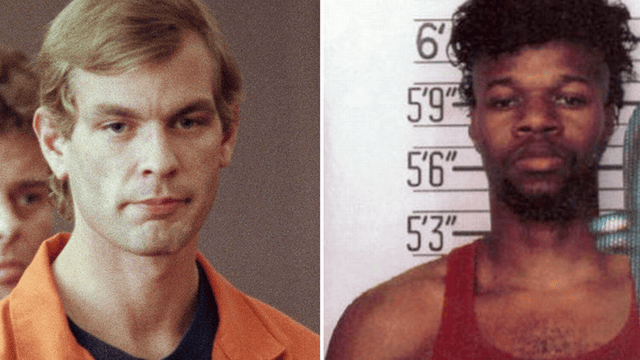 Some claim that Jeffry Dahmer and Jesse Anderson's racism was the driving force behind the murder. The majority of Jeffry's victims were black young men, and Jesse Anderson, who killed his wife, attempted to blame two other black males for the killing.

Some claim that both Jeffery Dahmer and Jesse Anderson may have been killed by Christopher for this reason. When asked why he killed Jeffry Dahmer, Christopher once said that he had heard voices urging him to do so because of the crimes the latter had committed.

He was sentenced to two more life terms after being found guilty of the two killings. Christopher Scarver confessed to killing Jeffry Dahmer in an interview he gave in 2015, saying that he did so because Dahmer showed no remorse for the crimes he had committed.

Must View: Jeffrey Dahmer Death Reason: Why Did He Get 15 Life Sentences but Not the Death Penalty?

What Has Happened to Christopher Scarver?

Christopher Scarver was transferred from Wisconsin Secure Program Facility to Centennial Correctional Facility in Colorado where he is currently serving a life term.

He was removed from the Wisconsin Secure Program Facility after filing a lawsuit against the facility's administrators, alleging that they tortured him and subjected him to unusual punishment.

Scarver became increasingly devout during his time in prison and began to write books and poems. It was announced in 2012 that Christopher Scarver would write a book about the killing of Jeffery Dahmer.

Who is Josefa Salinas?: The Ex-wife of Rapper Coolio!

Face of the Corpse Husband Exposed: Excitement Came To An End!

Strange World Was a Box Office Failure for Disney

What Happened With Chinese-Canadian Singer Kris Wu? Why He Sentenced to Jail

American Singer and Songwriter Naomi Judd’s Cause of Death Explained