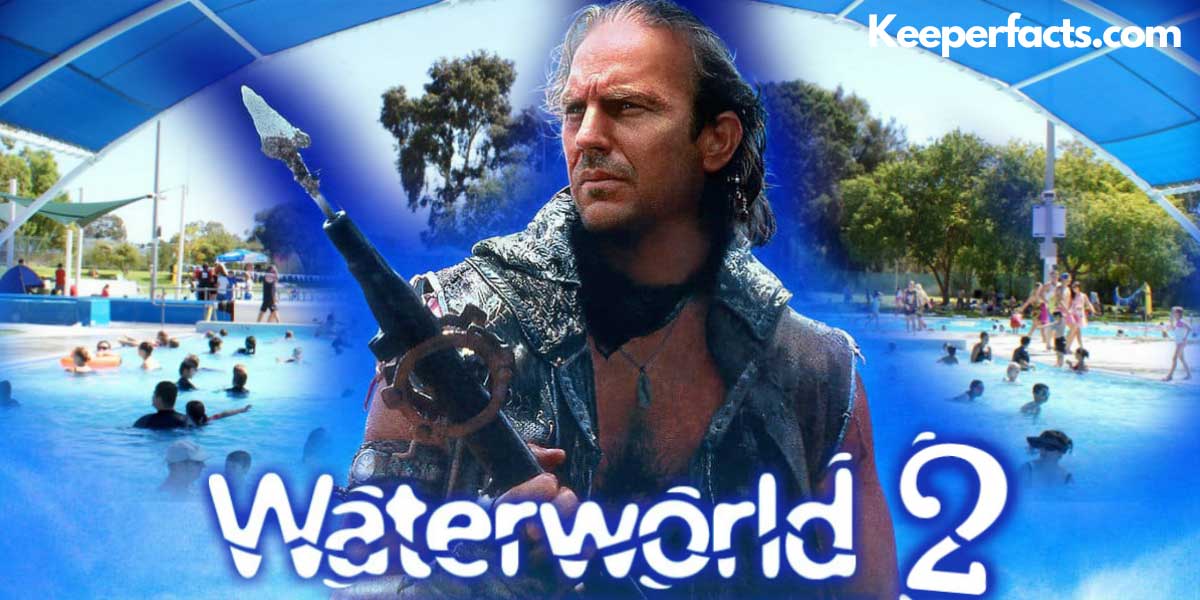 There is so much confusion about the Waterworld sequel whether it is coming or not after 25 years? It is the good science fiction movie of water world in which issues related to global warming is also taken.

It is the 1995 movie which is directed by Kevin Reynolds and its is an action adventure film in which sea level rises due to global warming which results in melting of ice and no dry land is left as it goes under the water and all this new world is set 100 years in future.

Due to water all over people are surviving in this new world with the help of feet and gills which are developed in them.

It is the 1995 movie whose budget is more and received mixed reviews and didn’t hit the box office but the film gained large no. of fans who loves this water film so much in which the Kevin Costner played the role of Mariner, main character of the movie.

He is the only person who helped Enola (Tina Majorino) a young girl to keep her safe from the pirates and lead her to the dry place.

She is the one who knows where is the dry land in this world as world map is tattooed on her back body and when it was revealed then Mariner helped her by saving her from other dangers and also from Deacon (Dennis Hopper) who is the ruthless leader of the group.

The first movie also earned money from the sales in DVD/ Blu-Ray and and then from becoming available on streaming platforms.

After knowing little bit about the movie and the story let’s move forward to know about its sequel completely by knowing its release date, coming or not after so long time.

The film is inspired from “Mad Max” and came out on July 28, 1995 for the first time. Peter Rader who wrote the script along with David Twohy tells that at the time of writing the script they got influenced and got inspiration from Mad Max and Mad Max 2: The Road Warrior”.

At that time Costner is famous and highly paid actor of that time as he had done 3 movies with Reynolds and at the time of the Waterworld release Reynolds left the project before the movie release.

The budget moves goes on increasing which was not predicted at the time of making. They thought the whole movie would made in $100 million but it was not the same case and it went up to $175 million to complete the whole film.

The cost of making the movie is too much at that time in Hollywood which managed to earn revenue of $264.2 millions and the film received Razzie nomination at that time and called as flop movie but it cover up the cost of production and even extra more but didn’t hit the box office.

When the movie became available on DVD profits started increasingly but that’s not enough to make a sequel.

But according to Collider and some other sites the film is coming back to hit on the TV screen and John Davis, producer is ready once again to the waterworld with Dan Trachtenberg and said, “ We’re going to do the streaming version of that movie, the continuation of that movie”.

For the sequel it was considered that characters from the original movie came back to reprise their roles and no specific name was taken by the producer to make the sequel after a long time.

It was also considered that the project still in its development process, but we have no clear information about the sequel coming. Until its official announcement we can’t say that Waterworld is returning back for its sequel. If you want to read more about this then you can check on Collider, but we can’t say anything about the release of the movie until official confirmation.

What comes to mind when you first heard this series name The Alienist? Did you think that the series was about aliens and their studies? Read More: The Alienist Season 3: Release Date | Cast | Plot | Watch | Ratings | Reviews | Trailer!

Is There Any Official Trailer for Waterworld 2?

There is no official trailer for the Waterworld 2 as it was not confirmed at the time of writing this article whether the waterworld is in production or not. So watch its original movie trailer-

Why Was Waterworld So Expensive?

Firstly the movie was planned at the budget of $100 million but the Hurricane destroyed all and even Kevin Costner vehicle also suffered from it which resulted in rewrites and setback of production which resulted in the final cost of $175.

Where to Watch the Waterworld Movie?

This most expensive movie received 6.2 ratings out of 10 on IMDB and you can watch this movie on-

When you are out with your friends and something terrible happens, you immediately gets frightened is the terrible incident and recalling it again and again feels bad. Read More: Here Comes Hell: Release Date | Cast | Ratings | Reviews | Story | Watch !

Waterworld received mixed reviews and its upon you whether you want to watch the original film or not. But according to me it is good movie which is watchable and until its sequel is confirmed you can read other blogs on keeperfacts.com, to make you busy and interested in other web series and movies.