Is There Going to be a Venom 3 Film Released? 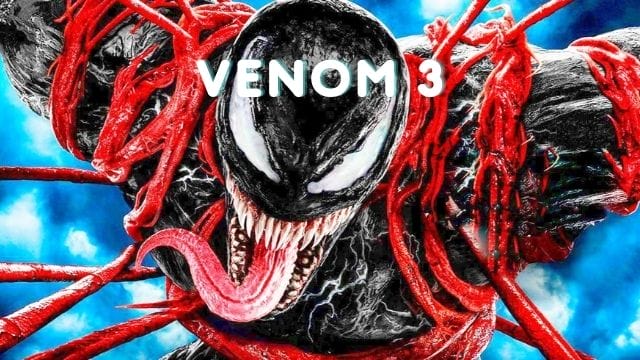 The idea of a standalone “Venom” film, almost entirely divorced from the “Spider-Man” corner of the Marvel universe, may have seemed like a bizarre proposition just a few short years ago. Currently, following the massive success of “Venom” in 2018, as well as the upcoming release of “Venom: Let There Be Carnage,” the symbiotic antihero has emerged as one of the most important characters in the Sony-owned Marvel roster, and is also serving as the star of a billion-dollar franchise, according to Forbes (per The Numbers). As Eddie Brock and his alien counterpart, Tom Hardy has cemented his position as the character’s definitive actor, and the character’s future appears to be extremely promising.

With that in mind, and as “Let There Be Carnage” fades into the distance, fans are already speculating about the twists and turns that will await Venom in the film’s third instalment, which is all but confirmed by now.

Many hints have been dropped about where the series and its central character might go from here — particularly in the last film’s mid-credits twist — but there have been few definitive answers. It is now appropriate to delve in and examine some of the most important details associated with “Venom 3,” which is still in the process of being named.

Spoilers for Venom 3 are Below

Following the release of Venom: Let There Be Carnage on the big screen last year, social media was flooded with rumours and speculations about a Venom 3 sequel.

“These things (usually) come in threes,” Tom Hardy said, adding fuel to the fire of anticipation. “If there is going to be a new one – and they are highly dependent on the success of each individual one, so you can’t count on them ever happening again – everyone has got to act as if it is the last one,” he continued.

What Will Happen in the Plot of Venom 3?

As of right now, all of the Venom 3 plots floating around the Internet are pure speculation, as Sony has not yet provided any new information about the upcoming Venom 3 film.

If we go back to the post-credit scenes from Venom: Let There Be Carnage, we can see Eddie and Venom being transported to the Marvel Cinematic Universe.

Despite the fact that Venom and his partner eventually fled the Marvel Universe, there is a strong indicator that the paths of Venom and Spiderman would meet in the near future. As a result, will we get to see the much-anticipated Venom vs. Spiderman battle in Venom 3? Let’s keep our fingers crossed and hope for the best.

Is There Going to Be a Venom 3?

Venom 2, also known as Venom: Let There Be Carnage, was a critical and commercial success. Furthermore, the conclusion of Venom 2 opened the door to a slew of other storylines that could be explored in the future. The inclusion of Venom in Spiderman: No Way Home has also served as a cherry on top of the cake.

Despite the fact that Sony Entertainment has not yet made an official announcement on Venom 3, it is expected to happen soon. As of right now, Sony is preparing to release its highly anticipated film, “Morbius.” As a result, there is currently no release date for Venom 3.

The Release Date for Venom 3 has been Set

When “Venom 3” will hit theatres remains a mystery, as does the exact date on which it will be released. According to Sony’s current release plan, “Spider-Man: No Way Home” and the Jared Leto-led “Morbius” films are still scheduled to debut on December 17, 2021, and January 22, 2022, respectively, in theatres.

In order to give both films the opportunity to flourish in theatres, it is possible that we will not receive any official information about the “Venom 3” theatrical release until after both of those films have had their chance to shine in theatres.

Because Sony has previously enjoyed surprising fans with fan service in its films, it’s possible that those films will also provide specific signals as to when “Venom 3” will be released in theatres. Only time will tell whether or not this is true in this case. Trailer for Venom 3

Because Sony has not yet released anything about Venom 3, all of the Venom 3 videos and teasers that are flying around the Internet are genuine fan-made creations. Once the movie has been confirmed, we may anticipate the studio to release a teaser trailer. So make sure to keep checking back since we will be providing regular updates on Venom 3.

Read More: The Unforgivable: The Cast and Crew, Release Date and More

Do You Know The Number Of Episodes in The God of High School Season 2?