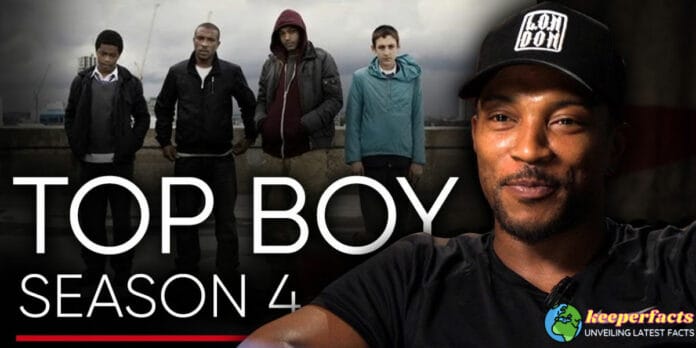 Originally the Channel 4 series and later picked up by Netflix, Top Boy is the English crime drama tv series. Ronan Bennett is the creator as well as writer of the series. The story follows the plight of two drug dealers who went to the Summerhouse estate in London who wanted to become rich by selling drugs.

The first season consists of four episodes premiered from 31 October to 3 November 2011 on Channel 4. The series caught the attention of millions of viewers, and consequently, the second season aired on 20 August 2013. Despite two blockbuster seasons, Channel 4 suddenly decided to drop it. It left the fans in abjection.

However, after six years, the streaming giant Netflix picked the series up for its renewal in 2019. Netflix ordered 10 episodes of season 1 that premiered on 13 September 2019. Netflix also added the original series under the name Top Boy: Summerhouse. The series become widely popular across the globe, and now the creators are working on season 2 or you can say season 4.

Keep reading to know the details about season 4.

The Cast of Top Boy Season 4. Who Will We Meet?

All the main stars including Kane Robinson, Michael Ward, and Ashley Walters, will return for season 2.

We likely to see the following characters from season 3

We may meet some new faces as well.

The Release Date of Top Boy Season 4. When Will It Premiere?

The showrunners had announced the renewal of the series in 2020. However, the global situation of the global pandemic halted the shooting of this series just like many others. The executive producer has said that the fans have to wait a little longer for the fourth installment, but not for six years like earlier. The renewal of season 3 was announced in 2017, and it hit the screen in 2019. Therefore, we assume that season 4 will likely hit the screen in 2022 as the renewal announced in 2020.

Well, we will update here once the official release date arrives.

Stay tuned till then.

The Plot of Top Boy Season 4. What to Expect from It?

In the finale of season 3, we saw the two drug users on the estate, Sarah and Lee, emerged as undercover police officers who were investigating Dushane and his drug network.

In the end, we saw a female officer said that Dushane should not be in the streets and he should be in jail for the rest of his life.

In season 4, we likely to see how Dushane will continue with his deal with his supplier Lizzie.

In season 3, we saw Dushane came to know that the green bag pack because of which he went to jail did not belong to Jamie. Instead, it belonged to Ats.

Well, after knowing the truth, whether Jamie decides to work with Dushane. Will Jamie comes out of the prison?

Sully left Dushane to meet his daughter, So there are chances that Dushane will try to get him back.

Is There Any Trailer Available for Top Boy Season 4?

Though Netflix shows the green light to the fourth installment of the series, the showrunners have not released the trailer yet. If you stumble upon any trailer, I would like to inform you that it will not be an official trailer. We will inform you once the trailer comes.

Read More: Kabeneri of The Iron Fortress Season 2: Is Ichiro Marked This With A Redline?

What Is the IMDB Rating of Top Boy Season 4?

The series is highly appreciated by the fans and got an excellent rating of 8.4 out of 10.

Where Can We Watch the Top Boy Series?

You can watch the series on Netflix and Amazon prime video.

The series has everything in it which possibly someone wants from a good series. The performance of the characters is breathtaking. The storyline is full of shocks and surprises, and that makes it intriguing. It will make you emotional. It will grip you so hard that you will not able to left it until you finish the whole series.

If you have not watched it yet, trust me, you are missing a great piece of entertainment. Add it to the top of your watchlist. I assure you that you will not regret it.

Robocop Returns: Is In Lively Debates From A Long Run, So...

Skylar - 29/07/2021 0
Are you guys extremely excited to know about the "Robocop" and "The Robocop Returns," just for individuals likes you, today we have arrived with...

Bones Season 13: Will the Longest Crime Drama Series Be Renewed...

A National Archery Camp For Olympics Will Resume On August 25...

Got Season 9: Will There Ever Be More Game of Thrones...