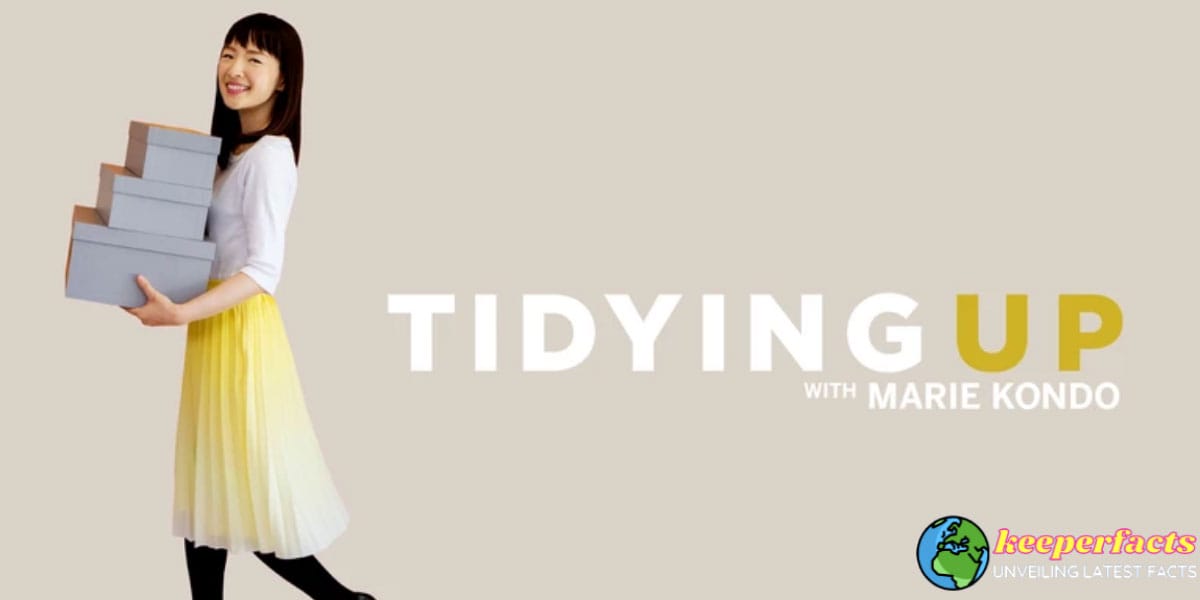 Created by Marie Kondo and developed by The Jackal Group, Tidying Up with Marie Kondo is a reality show on Netflix. It is based on Marie Kondos' book titled the life-changing magic of tidying up. The show focuses on de-cluttering homes of people for charity and improving the mental health of people.

Now the fans are desperate to watch the second installment of the series. Well, we have few updates regarding season 2 below.

To know more about the recent Netflix series visit here.

Will Tidying Up With Marie Kondo Ever Return?

The journey of Tidying Up started with Marie Kondos's book. Later it took the form of a series that was appreciated by the viewers very much.

Well, there is no official announcement regarding the second installment of the series as of now.

However, According to Deadline, the series will return but not under the same name.

This time the title of the series will be Sparking Joy with Marie Kondo. It also revealed that this time it will not about individual families. The creators are planning to increase the coverage area.

The showrunners have not decided the location of the shooting. They are looking forward to a perfect place for de-cluttering.

The producers are willing to take the suggestions from the fans for making the choice.

According to TidymyTown.com, Kondo is willing to work in the places like restaurants, the local fire station, Mayor's office, recreation centers, local bars, community gardens, schools, and classrooms. They are looking for the most challenging task this time.

Well, fans here is your lucky chance to nominate your city for the show. So don't let go of the golden chances.

The Release Date of Tidying Up With Marie Kondo Season 2? When Will It Premiere?

Well, the showrunners have not decided the location for the shooting so far. First, they decide the location and thereafter can tell about the potential release date for the second helping.

So you can not expect the series to hit the screen any time sooner. There are chances that you will get the series somewhere in 2022.

What Tidying Up With Marie Kondo Is All About?

The show is about the host helping the families to declutter their spaces. They aim to clean the place by removing the unnecessary things from their houses and make it tidy.

They help them to get rid of the things which can not spark joy in their life.

In each episode of the show, Marie Kondo and her organization visit a family from America. Each family has its own needs. The family explains to the team how they want things.

What Is The Format of the Tidying Up With Marie Kondo?

Kondo has her unique method of decluttering the place. Her method is known as the KonMari method. In this method,

Each participant has to go to each section of the house one by one.

They have to collect Clothing, Paper, Emotional things, Books, Kitchen, the bathroom, and other things.

After gathering all the things, the participants are asked to select only those things which spark joy and happiness in their life. Her method is more on the psychological side. This method is developed after a lot of research.

Research shows that tidy organized surroundings positively affect our minds. We will have several benefits like improved confidence, and intellectual abilities. On the other hand, the dirty environment affects us negatively.

What Is the IMDB Rating of The Tidying Up With Marie Kondo Series?

Is There Any Trailer Available for Tidying Up With Marie Kondo Season 2?

Netflix has not shown a green signal to the second helping of the series so far. So you can not expect the trailer or teaser any time sooner. We will notify you once the trailer will come on screen.

Where Can We Watch The Tidying Up With Marie Kondo Series?

You can watch the series on the streaming giant Netflix. You can purchase Marie Kondo books from Amazon.

Well, the reality show is quite different from other reality series. You can learn some tips and tricks to organize your home in a pretty good way with the least expense.

The series is nominated for the prestigious Emmy award and other prominent awards. The host of the series personally tries to understand the emotions of the people and help them to declutter their places without hurting themselves.

If you have not watched the series so far, do consider it.