The Top 10 Sports Films You Must Watch

Sports films typically delve into the areas of sports, action, and biographical sports drama. They are occasionally based on true events and depict the lives of many athletes from throughout the world. Sports movies are the ideal pleasure for anyone who enjoys action and sports. They're recognized for having action-packed moments, exciting battles, and even emotional drama. Here's a list of some of the best sports movies of all time.

Moneyball is a 2011 American film that explores the genres of sports and drama. Bennett Miller directed the film. Steven Zaillian and Aaron Sorkin wrote the screenplay. The film is said to be based on Michael Lewis' 2003 nonfiction novel of the same name. The principal character of the film is Billy Beane (Brad Pitt), the general manager of the Oakland Athletics baseball franchise.

It depicts Billy's efforts to assemble a strong and competitive team. Brad Pitt, Jonah Hill, Philip Seymour, Hoffman, and Robin Wright star in the film. The film's official release date is September 23, 2011. The average run time is approximately two hours and thirteen minutes. The film's actual budget was 50 million US dollars, and it grossed approximately 110.2 million US dollars at the box office. The film is one of the best sports movies, and it is available on the internet streaming platform Netflix.

The Fighter is a 2010 American drama film that explores the genres of drama and biographical sports. David O. Russell is the film's director. Mark Wahlberg, Christian Bale, Amy Adams, and Melissa Leo are among the prominent cast members. The plot centers around the film's two major characters, Micky Ward (Mark Wahlberg), a professional boxer, and his half-brother, Dicky Eklund (Christian Bale). Micky's girlfriend is played by Adams.

The film was inspired by the documentary High on Crack Street: Lost Lives in Lowell, which was released in 1995. The Eklund-Ward family was highlighted. The film grossed around 129.2 million US dollars at the box office and is considered one of the top sports films. The average run time is around one hour and fifty-six minutes. The film is available to watch on the internet streaming service Amazon Prime Videos.

Hustle is a 2022 American film that explores the genres of sports and drama. Jeremiah Zagar directed the film, which was based on a script written by Taylor Materne and Will Fetters. The plot centers around a basketball scout attempting to establish his abilities and gain a spot in the NBA. He discovers an incredibly brilliant footballer on the streets of Spain and sets out to make him the league's star.

The film will be released on June 8, 2022. Adam Sandler, Queen Latifah, Ben Foster, Juancho Hernangómez, Robert Duvall, Anthony Edwards, and Heidi Gardner star in the film. The average run time is around two hours and fifty-eight minutes. The film is available to watch on the internet streaming service Netflix.

American Underdog is a biographical sports drama film that will be released in 2021. The film revolves around National Football League (NFL) quarterback Kurt Warner and his fight to overcome all odds and climb above to become the Superbowl champion despite being an undrafted player. He was also named NFL MVP twice. Andrew and Jon Erwin are the film's directors.

The film's major cast members are Zachary Levi, who plays Warner, Anna Paquin, who plays his wife Brenda, and Dennis Quaid, who plays his head coach Dick Vermeil. The film's official release date is December 25th, 2021. The film grossed approximately $26.5 million US dollars at the box office. The average run time is around one hour and fifty-two minutes. The film is available to watch on the internet streaming service Netflix.

The Miracle is an American sports film that was released in 2004. It is centered on the United States men's ice hockey team, which was coached by Herb Brooks (Kurt Russell). The film chronicles the narrative of a player who became a coach, thus telling the most incredible story in Olympic history. Herb Brooks also won a gold medal at the Winter Olympics in 1980. Gavin O'Connor is the film's director.

It was co-written by Eric Guggenheim and Mike Rich. Kurt Russell, Patricia Clarkson, and Noah Emmerich star as the film's primary characters. The average run time is approximately two hours and sixteen minutes. The film grossed around 64.5 million US dollars at the box office. The film is available to watch on the online streaming service Apple TV.

King Richard is a 2021 American film that blends biographical sports and drama. Reinaldo Marcus Green directed the film, while Zach Baylin wrote it. Will Smith (as Richard Williams) is the film's major cast member. He is best known as the father and coach of the two highly famous tennis players Venus and Serena Williams. Aunjanue Ellis, Saniyya Sidney, Demi Singleton, Tony Goldwyn, and Jon Bernthal also appear in supporting roles.

The film attempts to depict the genuine sequence of events that led to the emergence of tennis players Venus and Serena Williams, with the assistance of their supporting father. The film won millions of hearts and was a box-office success. It also earned great reviews from critics for its outstanding plot and performances by the performers. The average run time is around two hours and twenty-four minutes. The film produced 39.4 million US dollars in profit. It may be viewed on Amazon Prime Videos.

Creed was released in 2015. American film was one of the best sports movies that combined athletics and drama. The film was directed by Ryan Coogler and adapted from a script written by Coogler, Aaron Covington, and Sylvester Stallone, a well-known Hollywood actor.

The film is a sequel to the 2006 successful film Rocky Balboa, as well as an installment and spin-off of the world-famous sports series dubbed Rocky. Michael B. Jordan, Sylvester Stallone, Tessa Thompson, Phylicia Rashad, Tony Bellew, and Graham McTavish are among the prominent cast members. The film follows a non-professional boxer named Adonis Creed (Michael B. Jordan) who is trained and guided by Rocky Balboa, the iconic character from the Rocky franchise (Sylvester Stallone).

The film was a box office success, grossing approximately 173.6 million US dollars worldwide on a budget of approximately 35-45 million US dollars. Critics and fans applauded the film for its amazing plot and performances by the performers. The film's original distributor is Warner Bros Pictures. It was released in the United States on November 25, 2022. The film lasts two hours and thirteen minutes on average.

Rocky is a 1976 American film that delves into the sports drama genre. The film's director is John G. Avildsen. Sylvester Stallone wrote the script and also plays the major protagonist in the film. Rocky (1976) is also the first film in the successful Rocky franchise. Sylvester Stallone, Talia Shire, Burt Young, Carl Weathers, and Burgess Meredith star in the film.

The plot centered around a guy named Rocky Balboa (Sylvester Stallone), who is portrayed as an illiterate club fighter who was arbitrarily chosen to compete for Apollo Creed's world heavyweight championship (played by Carl Weathers). The film generated a lot of hype during its debut and performed exceptionally well at the box office, earning an estimated 225 million dollars. The film was released in the United States on December 3, 1976.

Ali is a 2001 American film that explores the genres of biographical sports and drama. Michael Mann is the film's director, producer, and writer. The film is based on the life of boxer Muhammad Ali. Thus, ten years of his life are featured, including how he converted to Islam, took away the heavyweight title from Sonny Liston, refused the Vietnam draught, was banned from his life-long career in boxing, returned to fight in 1971, fought Joe Frazier, and reclaimed the world's heavyweight boxing title from George Foreman. Will Smith, Jamie Foxx, Jon Voight, Mario Van Peebles, Ron Silver, Jeffrey Wright, and Mykelti Williamson starred in the film. 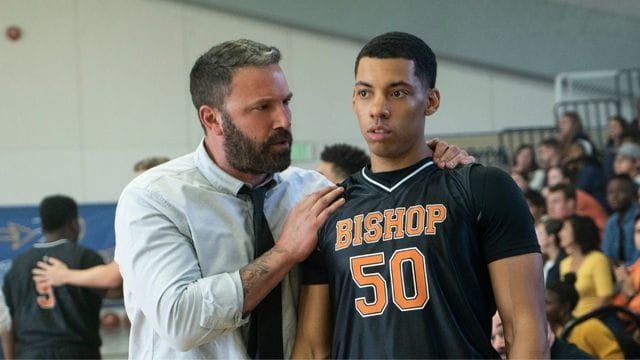 The Way Back is a 2020 American film that delves into the sports drama genre. The film's director is Gavin O'Connor, and its writer is Brad Ingelsby. Ben Affleck, Al Madrigal, Michaela Watkins, and Janina Gavankar are among the prominent cast members. The film will be released on March 6, 2020.

It gained widespread acclaim from critics for its well-crafted tale. The plot centers around the film's central character, Jack (Ben Affleck), who is a divorced, suffering alcoholic attempting to find his place in life. This film is also one of the top sports movies on the list; things begin to change for him when he is appointed as the basketball team's head coach. Warner Bros. Pictures is the film's initial distributor.

It is impossible to name the ten best sports movies because tastes differ from person to person, but here is a list of a few movies considered to be the best among thousands of sports films. The majority of these sports movies are available on Netflix.