“The fan and the audience response has been incredible,” “We’re really thankful to everybody out there for watching. The love comes through in all the blogs and the reviews and everything else. So we’re cautiously optimistic, and we hope that we can have some good news soon.” And by listening to these lines every fan of The order becomes happy. Are you a The Order fan too?

If yes, then you would have probably heard about this announcement or maybe not. However, it never happened and it broke my heart because they have said there will be something for the fans.

The order is a Canadian-American Horror Drama that aired its first episode on March 7, 2019. The show was particularly a Horror Drama.

So, I am warning you beforehand that if you are afraid of all this then Don’t even try to watch it. But if you are crazy about horror movies then why are you waiting? Go watch the two seasons of The order and about the third episode umm…we can discuss it in this article.

The order season 3 – Is it going to happen?

Season 3’s future is yet to be decided by the filmmakers and we haven’t heard anything about season 3 much. The only thing we knew about The Order’s third installment is that the filmmakers are still confused about whether to release it or not.

But recently, We got something about the Order season 3.

Heaton releases a statement about The order, “For two seasons I was honored to work with an incredible cast and crew on The Order for @netflix. It is one of the best experiences of my career. Unfortunately, we aren’t returning, but I will always cherish the memories and the props I stole. Thank you all for watching,”

So by looking at this we can clearly guess that there will be no Season 3 of The Order.

The Order Season 3 – Why it is canceled?

On November 14, 2020, something happens, something really bad, especially for the fans of The order.

No, I’m not scaring you at all.

The popular streaming platform, Netflix,  under which the order used to air, decided to not renew this series afterward.

The order has already released its two seasons but the third season was cut off. Now, Netflix has not given any particular reason for the Cancellation of The order and we have seen in 2020, they have cut off many seasons. But we saw some people did a tweet confirming the sitcom The Order.

The prime reason for the Cancellation will be low viewership and for every show who gains a low audience, Netflix cuts them off. We’ll know how Netflix Cancelled Lucifer and Glow, making the fans angry as hell but the true fan base of these shows still fighting to get the show back.

The order season 3 – what will be the storyline?

The third installment of the order season 3 is already canceled but the creator of the show i.e. Dennis Heaton has revealed what will have happened if there will be season 3.

He gave some hint about the show by saying that Jack has decided to raise Alyssa from her dead State. But, but, but

There will be a twist! Alyssa will come back but in another state. He explained it by saying that she “was going to come back wrong”.

“Like, Pet Sematary wrong. Probably possessed by Zecchia. And a whole bunch of other corpses was coming back with her,”

He also replied to the order fan, when he asked what will happen to Vera, will she get her magical powers or not? He replied, “That was going to be a long haul, but she’d get it back. And God helps us all…”

Katherine Isabella said in an interview that,

“Vera is probably going to have to rely on Hamish a lot going forward, and now that her magic is gone… the people around her will be vital to her survival. “

“Vera is going to have to play a very smart game… Maybe she has to go on the run.”

To add more, Jake Manely also said about his character in the show.

“I know Jack’s biggest focus will be doing whatever he can to bring Alyssa back. To do this I think he’s going to take help from people he doesn’t necessarily want to associate or work with.

“I also think if it’s possible to bring Alyssa back there’s going to be a huge cost to it. It will be very interesting to see what that cost brings about.”

So, with all these things happening, we definitely know if there will be ever a Season 3 it’ll be GREAT.

The Order – Will there be a Movie?

The order is a movie filled with horror, werewolf, drama, and thriller which is liked by most of people. Surely, there will be no more episodes of this series but will there be a movie?

The creator of the show has said in an interview that he wishes to do a movie for The order. Heaton wants to go again into the magical world of order.

Do, will there be a 10-year reunion movie? There might be. But if the movie will come, there is still so much time for it.

Also, the possibility of the movie is quite low because the creator has also said in an interview about season 3 but there is no Season 3 so who knows whether there will be a Movie or not?

The Order season 3 is canceled – What does the cast have to say?

Neither the fans nor the filmmakers are happy with the show being canceled.

“I had an absolutely BLAST playing Gabrielle. Thank you to the cast, crew, creative/executive team… and most of all to the fans for a magical 2 seasons. “

“Really wish we could have continued that magic, but I know everything happens for a reason and I will forever be bonded with #TheOrder family. At least I don’t have to feel guilty about all of The Order mugs I took from the office anymore. Love you guys and thank you for being a part of the journey.”

The Order Season 3 – What will be the cast of the show?

The order Season 3 might be not renewed for now but what will be the cast if there’ll be a season 3. I know our readers love to hear the assumption and possibilities regarding the show.

As per our knowledge, we think that the cast will be as it was before. There might be the introduction of a new Character if the story demands it. 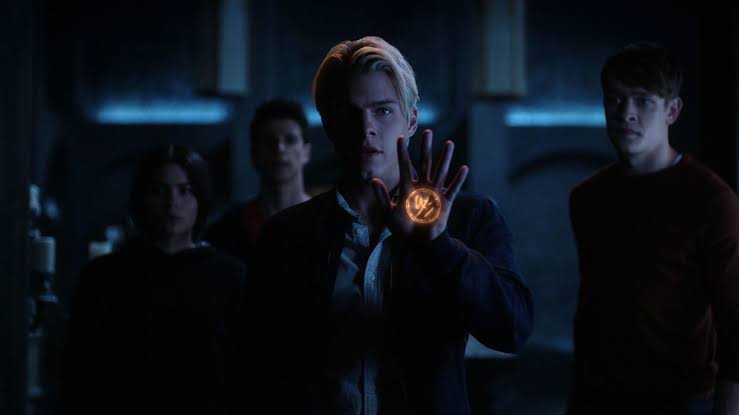 The main protagonist of the series Sarah Grey will be seen as Alyssa Drake and the male protagonist i.e. Jake Manley will be cast as Hack Mortan.

Other than that, the other supporting Character will be also cast in Season 3. We have mentioned the cast for your better understanding.

No, I told you once. You can’t mix Marvel and DC.

No, I would never.

And that’s probably for the best.

The Order – Ratings of the show

The Order is an American TV series which is well created by Heaton. The show receives well praises from the audience but gets mixed reviews from the critics. The order has 100% rotten tomatoes which are very rare for a show.

But on the other hand, the show receives a 6.8/10 IMDb rating which explains very well, why season 2 ends and the Developers didn’t renew the show for season 3.

As I already stated that the audience praises the show which led to the 4.4/5 rating of the show in the Audience rating summary.

As I always say this, Feedbacks are important to know the show deeply. That’s why we have this section for you. Take a look at the feelings of the audience who have already watched it.

A B-list kind of show that exceeded my expectations. There is clearly a lower budget for production than you find on many popular shows or big films but they do well with what they have and use some camera work to avoid the rest.

The story is good – I constantly wanted to know what was happening next and there was always some kind of action or drama going on. The few teenage romance scenes are typically brief and more tasteful than dragging. Season 2 was good, with a lot of new twists and ideas. The romance aspect started to get annoying near the last few episodes. It made me cheery and hopeful for a season 3. 

Binged watched in a single day. Was really good! I wish it was less talking and more action (still a good amount anyway) but Because right now it seems similar to supernatural where God’s power looks just the same as a basic angel’s level of power. We need some insane magic to come forth and I hope the main character evolves into being super strong. But we shall see! Excited for season 2 and to see how the show progresses!

The order is a new very exciting series about a different version of magic and werewolves that we are used to. In it to become a werewolf you don’t get bitten or inherit it through birth but the werewolves are beings of themselves that choose a person as their vessel to help them fight bad magic. The ending was vague little foreshadowing but excited to see how they will turn out. But all in all great, really looking forward to season 2.

The Order, which was first released on March 7, 2019, is not going to make its comeback for season 3. The third installment of the show is cut down by the Producers. If you want to watch the show, it is available on Netflix. The show features the story of a werewolf and is completely filled with horror and drama. Watch it now if you love all these things.

Banana Fish Season 2: Is This Series Renewed or Cancelled?