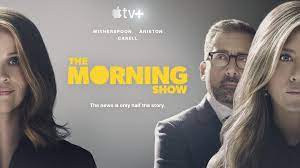 When it comes to the expensive and highly anticipated original television drama “The Morning Show”, (alternatively known as Morning Wars in Australia and Indonesia),” AppleTV+, the new streaming service took a big gamble. The television series was inspired by American correspondent Brian Patrick Stelter’s non-fiction book “Top of The Morning: Inside the Cutthroat World” which was published in 2013. It was released on November 1, 2019, in the United States.

The Weinstein Scandal is the backdrop for the show. It brought to light the suffering of the women who were mistreated by prominent men in society. The show focuses on the tropical problem of sexual harassment, which doesn’t necessarily have to result in physical violence in it to be considered sexual harassment. As #MeToo grew in popularity, the drama’s emphasis on gender equality, opportunity and rights became more and more apparent to the audience. The show’s strong female characters have carefully stepped past Male Ego, highlighting their dialogues and viewpoints.

“The truth matters. Sometimes it’s the only weapon that we have against the powerful men who are trying to shut us up”- Bradley Jackson

The series is a glimpse of the folks that help America get up in the morning, and their investigation of unique problems and flourishing in them. Alex Levy is a well-known anchor of the morning news show “The Morning Show” on the UBA network in New York City. Mitch Kessler, her co-host of the same show for 15 years, had a falling out with the TV station because of the #MeToo controversy and is fired. This grave news reached the key members through a series of phone calls. Alex who was not aware of any such internal network investigation against her long-time partner was a little disgruntled.

The Outpost Movie Is In Trend Absolutely Must Watch In 2021

Reluctant to let up her position as a prominent news anchor, Alex tries to retain it and takes up the entire show by herself.  Mitch, unable to accept defeat, seeks to drag everyone aware of the scandal down with him. During this period, the ambitious station manager Cory Ellison sees an opportunity to further his career by partnering with Bradley Jackson, a Southern, hot-headed, tenacious, industrious, and progressive journalist. Thus, the series reveals how the TV station’s employees battle with power abuse, sexual harassment, and politics at work, while still carrying out the TV station’s mission.

The first season of the series contains a total of 10 episodes with $15 million per episode, namely-

Among the A-list actors include-

Both Jennifer Anniston and Steve Carell are collaborating on a mainstream television sitcom for the first time since Friends (1994) and The Office (2005), respectively.

Jay Carson and Kerry Ehrin were responsible for the show’s conception and development, respectively.

Companies engaged in the production of the series include- Media Res, Echo Films, Kerry Ehrin Productions and Hello Sunshine.

Awards & Nominations in the Bag of the Show

As a duo, there is no doubt that Jennifer Aniston and Reese Witherspoon are formidable and unstoppable. They’re a force to be reckoned with! After getting applauded by the Critics’ Choice and the Screen Actors Guild, this AppleTV+ drama “The Morning Show” was nominated for a total of eight Emmys, including Outstanding Lead Actress in a drama series, Outstanding Lead Actor in In A Drama Series and Outstanding Directing for a drama series.

As a result of its representation of the American Morning Show and the portrayal of abuse power, sexual harassment at the rise of the #MeToo movement, the series also has been well received by both reviewers and audiences alike. The series received three Golden Globe nominations for the respective performances in the first season, with both Witherspoon and Aniston for their acting, while the drama as a whole received the nomination for the best drama. 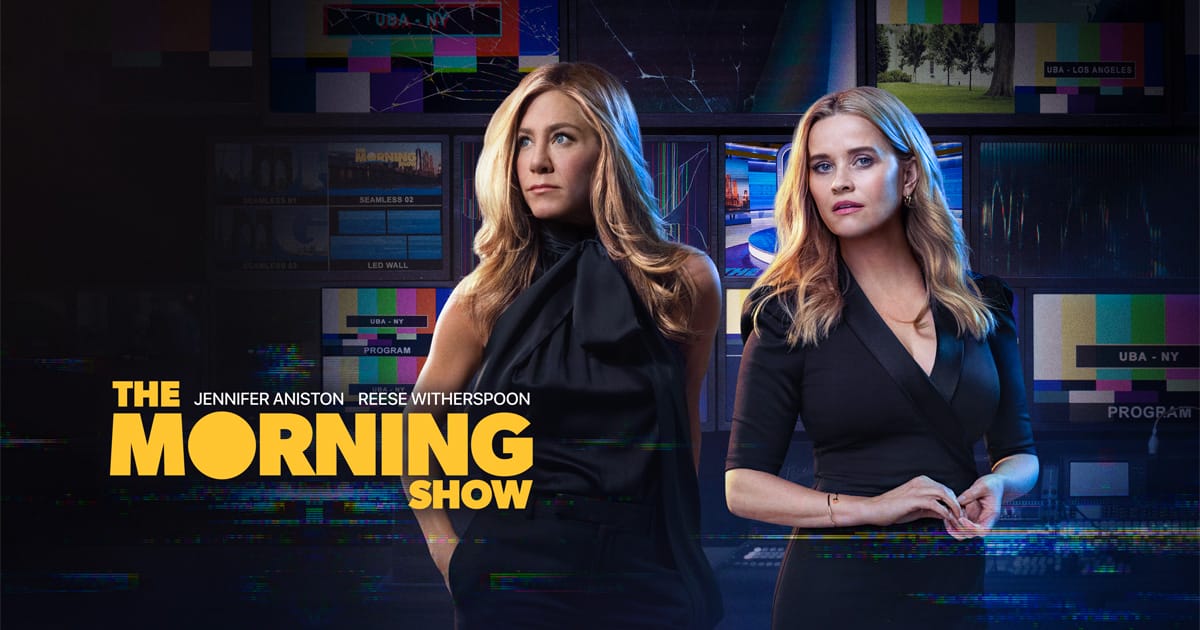 A week after the first season of the show premiered, Apple revealed that Season 2 of the drama will be coming soon. COVID-19 issues, on the other hand, influenced the show’s development and filming.

Season 2 of the AppleTV+ television series “The Morning Show” will premiere on September 17 2021, following the conclusion of the first. The show’s fans are enthused and eagerly awaiting its future developments.

The second season may expose many layers of each character, many lives will be altered, many will be held accountable, some characters will be redeemed, and justice will be rendered to those who have been victimized by the dysfunctional and corrupted work culture in the first season.

At the end of season 1, a wounded and abused Mitch was seen abandoned by his family and beaten up for his violence towards women, leading Hannah to commit suicide due to a drug overdose. After that Alex and Bradley teamed up and decided to go off-script to reveal every cover-up that had been going on behind the scenes of the station. It’s possible that the second season may include the damning results.

When asked about Season 2, Ehrin told The Hollywood Reporter: “I would say season 2 is a lot about the transition. And still, at the same time, a lot of the same shit goes on! You set a new rule, but then it falls back.”

Alongside, Aniston, Carell and Crudup (who portrayed the conniving news mogul Cory Ellison), there are also Duplass, Nestor Carbonell, Bel Powley and Karen Pittman, Irwin, Gavankar, and Marcia Gay Harden who are set to return.

As per Deadline, “The Morning Show” season 2 welcomes Emmy winner Julianna Margulies an A-lister to the cast to portray Laura Peterson, a UBA News anchor. According to Apple, she will be joined by Greta Lee as Stella Bak, Ruairi O’Connor as Ty Fitzgerald, Tara Karsian as news producer Gayle Bernan, Holland Taylor as Cybil Richards and Valeria Golino as Paola Lambruschini.

Where Can You Find the Show?

AppleTV+, Apple’s streaming service, is the only place to watch “The Morning Show.” Netflix, Hulu, and Amazon Prime will not be able to provide access to the show given that they are Apple’s biggest competitors in streaming platforms. AppleTV+ offers a seven-day free trial so you may watch all 10 episodes of Season 1 in one sitting. Go for the entire subscription if you enjoy it!

All in all, all of the talks and chats are relevant because of the show’s richness of human emotions. As a result, the characters are brutally honest and the dialogue is awe-inspiring as it tackles every controversial issue while highlighting aspects of feminist thought.

Alex Levy Said: “people Are Disappointing and You Just Can’t Let It Get to You.”

We’ve all been there, right? It’s all about dedication, effort and input in the workplace, as well as in personal relationships. Then again, who hasn’t been let down before?

However, as it turns out, the show didn’t disappoint me at all, and I’m not going to let it go. I’ll be sure to keep an eye on it.