Caption: If you love losing track of time because you’re totally absorbed in a game, then get your hands on these titles.

Gone are the days where your choice was between Space Invaders and Tetris. Nowadays, there’s a video game genre for every conceivable niche. Whether you like disappearing into a beautiful but dangerous alien world, roaming the sun soaked plains as an outlaw or sowing seeds on your very own farmstead; the gaming world has something for everyone.

Here are some of the best games that will allow you to totally escape the real world and create your own videogame fantasy.

Although Halo is far from an underground secret, it absolutely earns itself a place on this list. The premise of the game is clever and thorough. It begins centuries ago when a race known as the Forerunners had to fight and destroy a parasite called The Flood. This parasite overran the galaxy but was eventually destroyed by the Halo Array, an idea forged by the Forerunners.

These ring shaped structures were designed to destroy all life, so the Forerunners set them in motion and fled. The gameplay starts around 100,000 years later, when the Halo rings have been uncovered and the human race want to reactivate them, thinking they are divine, rather than deadly. Your character has to fight to prevent the rings from destroying the planet.

The Halo series is loved by thousands of people all across the world for its incredible world building and the care that was put into creating well-rounded, fleshed-out characters. Whilst some people are disappointed with the ending, or lack thereof, these games are still frighteningly easy to lose a whole day playing.

Although most will agree that Halo is best played on the Xbox, you can play on Windows, Mac, iPhone and Android as well, so most people will be able to access at least some of the series without splashing out on a new platform.

Caption: If you long to escape back to the good ol’ days then Stardew Valley is the game you need.

If you’re after something a little more lighthearted then you can’t go wrong with absolute fan favorite Stardew Valley. This cute farm simulation sees you inherit a smallholding from your father. After customizing your character (and picking out an adorable cat or dog to join you on your farm) you begin to explore the world.

The majority of your time will likely be spend planting, tending, and harvesting produce, and as you get further in the game looking after a whole host of adorable animals, but there’s also lots of exciting world beyond your farm to explore.

Mining for stone and rare minerals down a monster infected cavern will become second nature to you. Visiting the town, befriending the locals, even having a beer in the tavern will become your new social life. You’ll enjoy fishing by the ocean, river or lake for all kinds of weird and wonderful underwater creatures.

In our increasingly sedentary, technological lives, Stardew Valley offers a window into a simpler world, where toiling under the summer sun, foraging in the winter snow and exchanging recipes with your neighbours is everything that life should be made of. Stardew Valley was originally conceived as a game for Windows, but is also available and regularly updated on Mac, Nintendo Switch, Android, iOs, Xbox and PlayStation. So, whatever your gaming platform of choice, you can enjoy a bit of the simple life.

The Red Dead series are perhaps the most perfect example we have of a true open-world format. The first edition was released for PlayStation 2 and Xbox and still stands up as a great ‘Wild West’ style game. Red Dead Revolver is set in 1880 and follows the story of a bounty hunter known as Red Harlow. You’ll play as Red as he gradually discovers the plot that was responsible for the death of his parents.

Red is determined to seek vengeance on those responsible for the plot. Next up was Red Dead Redemption. This game is separate from the original, though stylistically similar. It takes place in 1911 and you play as John Marston, a former outlaw who is hellbent on finding the members of his previous gang and handing them in, in order to rescue his family who have been kidnapped by the Bureau of Investigation.

The most recent edition Read Dead Redemption II sees you play as the character Arthur. This story is set in 1899 and is a prequel to the previous game. Arthur Morgan is one of the outlaws in John Marston’s gang. He fights his way through the lawless Wild West, taking part in many a shoot out, but also enjoying more pastoral activities like fishing, big game hunting and horseback riding.

You explore an enormous map, that takes even the speediest players hours upon hours to discover. As well as having a main storyline of quests to follow, there are also literally hundreds of side quests which you can take part in to enrich your experience. The Red Dead Series are perfect for true escapists. They can be whatever you make them. You’ll feel like the characters you meet are truly a part of your life; and you’ll never forget that unbreakable bond between a man and his horse.

It would be impossible to get to the end of the article without mentioning the absolute classic, The Sims. This series of games for every platform imaginable has been going strong since the year 2000. Since then there have been four new base game releases, each bringing more realistic and detailed traits to the characters. The premise of all of the base games is the same. You create a Sim, put it in a house, decorate that house how you choose and live its life for it.

You might decide to get a job and race your way to the top of the career ladder. You might decide to have loads of children, buy them all pets and live in constant chaos. You might decide you’re going to devote your life to stargazing and get abducted by aliens. The beauty of this game lies in the freedom to do just about anything you choose, so for escapist gamers, it doesn’t get much better.

Expansions packs are the other big money maker that The Sims cash in on, but by and large, they’re absolutely worth the price tag. You can send your sims to University, buy them pets, or in some of the older versions turn them into wizards!

For those who are fans of anything Harry Potter related, the Making Magic expansion truly is a delight. You can pick up the older base games for no more than a couple of dollars most of the time, so you can start living your best Sim-life right away.

Resistance 4: When We Are Getting This Astonishing Shooting Game? Release Date

Bully 2: The Game Is Under-Development Or Not? What About The Release Date? Know Here

Knack 3: When Will It Load On The PlayStation 5? What About The Release? Updates! 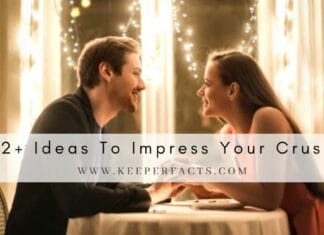 12+ Ideas To Impress Your Crush

Everything you should know about Ghostwire Tokyo