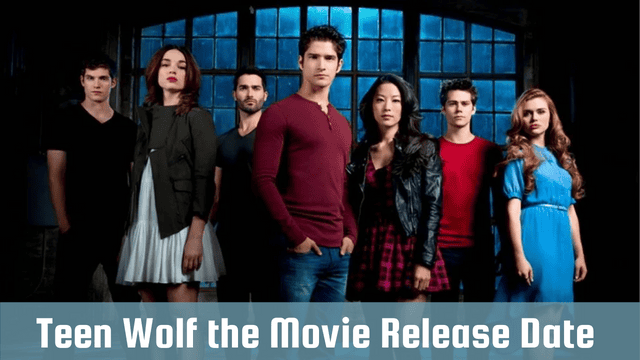 In September 2021, it was announced that MTV's teen wolf television series would return, but this time as a feature film. Knowing that some of their favorite characters, including those who perished in the series, would also be returning was fantastic news for the show's viewers.

Despite the fact that the series ended in 2017, Paramount+ and show creator Jeff Davis agreed to restart the plot. On July 22, 2022, the teaser for the movie was revealed, providing viewers a little peek at what the revival of the 2011 MTV series combined with adored super naturals will bring. The cast, storyline, release date, and other pertinent information about Teen Wolf: The Movie are provided below.

Teen Wolf The movie is scheduled to release in October 2022. From March 21 to May 13, 2022, a little over three months of filming took place. The movie is currently under post-production. The Teen Wolf: The Movie team tweeted that filming was “wrapped” in May and offered its congratulations to the cast and crew.

Expected Cast: Who Will Return?

The absence of Dylan O'Brien, who played Stiles in the original series, is one of the biggest disappointments of the movie. When asked about it, he replied that though the programme meant a lot to him and his career he thought it was left in a really good place for him but he wanted to leave it.

He really wished the movie every success, but O' Brien has chosen to move on to his forthcoming ventures. Fans will undoubtedly miss him because of a role that got him into some extremely thrilling movies.

The most unexpected discovery in the clip was the appearance of Crystal Reed, who played Allison Argent on Teen Wolf until she was killed off in season 3. She plays a significant role in the film, as Jeff Davis has clarified. The movie was written by Jess Davis, who also serves as an executive producer, and was directed by Russell Mulcahy.

The Plot: Expected Storyline of Teen Wolf the Movie

The movie's plot details may be sketchy, but the time shift and setting are certain. Almost ten years in the future, Teen Wolf: The Movie is based in Beacon Hills, the central setting of the Teen Wolf television series.

Scott is still the dominant werewolf even though his teenage years are passed. Teen Wolf season 3 demonstrated how challenging life can be for Alphas, but Scott has done well to maintain his reputation as one. According to the official summary of the movie, the main antagonist will be “the most powerful and deadliest” character.

Scott‘s narration elucidated how beacon hills is so different at the conclusion of season 6. Now that werewolves and banshees are known to exist but are not feared by people, they could. All fans will now have to wait to see how this will pan out in the movie.

The season 6 finale of “Adolescent Wolf” had a major impact on the teen wolf universe, as did Gerard's fight against the paranormal and Derek, Jackson, and Ethan's return to Monroe. Even though Monroe was defeated by Scott and his allies at Beacon Hills and the Anuk-Ite was destroyed, there were still many people who supported Monroe's cause, including the other hunters, who could desire to carry on Monroe's legacy.

The hellhounds, were coyotes, banshees, and kitsunes are a few of the supernatural beings that will return, according to a press release issued by paramount+.

Is There Any Official Trailer of Teen Wolf the Movie?

The clip, which was released on July 22, 2022, teases that Scott's abilities are being tested as evidenced by his glowing eyes and uneasy facial expressions. At the San Diego Comic-Con in 2022, the teaser was shared by Tyler Posey, Tyler Hoechlin, and Jeff Davis.

The weaponry Allison is seen wearing in the teaser suggests that her comeback may be connected to Monroe's larger cause. Allison‘s return as a villain would provide a seamless connection between Teen Wolf: The Movie and the series, despite the fans' anguish at Stiles' departure.

Who is Ronald Flowers?: The Man Who Escaped Jeffrey Dahmer

Who is Tracy Edwards? The Jeffrey Dahmer Surviving Victim