Yes! the most awaited movie of the year that got delayed from July to December finally got released a week before. We are talking about none other than the third part of the Spider-Man trilogy, Spider-Man No Way Home.

The excitement to watch Tobey, Andrew, and Tom together, Dr Octopus, Green Goblin, Electro, Lizard, and Sandman all together, Daredevil debut and venom's post-credit appearance were too much. Along with these, the action sequence and storyline, no words.

That was quite spoiling for the ones who have missed the movie. If you assume this article to be spoiler-free, then this is not the right destination. Here is everything you need to know about the movie.

Jon Watts is the director of one of the most awaited superhero films.

Kevin Feige and Amy Pascal are the producers of the American film.

What Is The Plotline of The Movie Spider-Man No Way Home?

The storyline of the movie picks from the end-credit scene of Spider-Man Far From Home. Mysterio reveals the identity of Spider-Man and blames him for his murder before dying. This revelation makes Peter Parker struggle to prove his innocence. His family and friends also get interrogated by the Department of Damage Control. To save him, Happy brings Lawyer Matt Murdock along with him. However, nothing much changes. Peter finds a way and visits Dr Strange at Sanctum Sanctorum. He asks for help, and Strange agrees to cast a spell that will make people forget about the identity of Spider-Man.

While casting the spell, Peter asks to make some changes, due to which the spell goes wrong, and the gateway of the multiverse opens. The enemies who know about the identity of Peter Parker enter from different universes. Unaware of such an incident Dr Strange contains the corrupted spell and sends Peter back home. To convince the MIT administrator to reconsider the application forms of Ned and MJ, Peter goes on the way to the airport. However, while doing so, he is attacked by Dr Otto Octavius and Green Goblin later on. Dr Strange captures Dr Octopus and Lizard in a cell and teleports Peter back to Sanctorum.

He provides Peter a technology to capture the unwanted guests. Peter captures Electro and Sandman one by one. Meanwhile, Osborn gains control over himself from Green Goblin and arrives at Peter's house. After knowing that this Peter is of another universe and the five villains are going to die in their reality, they agree to take help from Peter. Peter, due to his advanced technologies, repairs the chip of Dr Octopus. On the other hand, Dr Strange wants to send them back, and an action sequence between Peter and Strange is seen. Meanwhile, Green Goblin takes control over Osborn and attacks Aunt May, resulting in her death.

To help Peter, Ned brings the other two Spideys, Tobey and Andrew, from other universes. All the three Spideys work together to repair the defects of the villains. With Dr Strange's help, they successfully send the guests back to their universes.

Don't leave your seats until the post-credit scene arrives. Something amazing is yet to come!

The Release Date: When Was The Movie Spider-Man No Way Home Got Released In The Theatres?

Spider-Man No Way Home made its debut on 13th December 2021 in Los Angeles. In the UK and Ireland, it came out on 15th December 2021. On the 16th and 17th of December, it got released in India and the United States, respectively.

Previously, it was set to be released on 16th July 2021. However, it got shifted to 5th November and then December due to the COVID-19 pandemic. 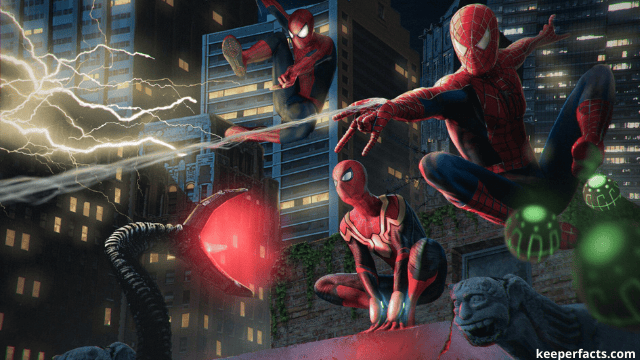 What Are The Names of the Characters Involved In The Movie Spider-Man No Way Home?

Read more: The Sopranos Season 7 Latest Update: What Do We Know?

What Are The Ratings Of The Movie Spider-Man No Way Home?

Spider-Man No Way Home was the most awaited movie of 2021. The audience is still giving amazing responses to the movie. It contains all the emotions and refreshes all the memories of childhood. The critical consensus mentions it to be the bolder and bigger movie that has expanded the scope of Spider-Man in MCU.

It has received a score of 94% on the Tomatometer, based on 328 reviews. The audience score is 99% on Rotten Tomatoes, based on more than 25,000 verified ratings.

Spider-Man No Way Home has received a rating of 9.0 out of 10 on IMDb.

Talking of the money gained by the movie, the budget was $200 million, and it gained $779 million at the box office. The count is still going on.

Where Can We Watch The Movie Spider-Man No Way Home?

Currently, you can watch the movie only in theatres. This movie can only be enjoyed in the theatre with a lot of hooting. However, we'll update the section when it will be made available on other platforms.

Every scene of the movie made the audience scream. It will not allow its viewers to leave their seats. You will find every emotion in this movie.

It is a must-watch film. If you haven't watched it yet, then you should watch it.

What were your reactions during the entry of Tobey and Andrew? Do let us know in the comment section below.

The Creature Cases Season 3 Release Date: Here’s Everything You Need to Know