Somali and the Forest Spirit Season 2: Will Season 2 Come After the Manga Ends Up?

Do you ever think of the world where monsters are more than humans and only countable humans are left? In Somali and the Forest Spirit the story revolves around a world where spirits, ghosts and monsters exist and Somali a little and cute girl comes from nowhere and accidentally meets Golem who is the monster and the protector of the forest.

This anime series is an adaptation of Japanese Manga in which fantasy world is described in an era in which humans are at the stage of extinction and the world revolves around different creatures and they eat humans as they think they are left in few numbers and they are nothing to use and can be eaten when these monsters sees them.

Somali and the Forest Spirit About 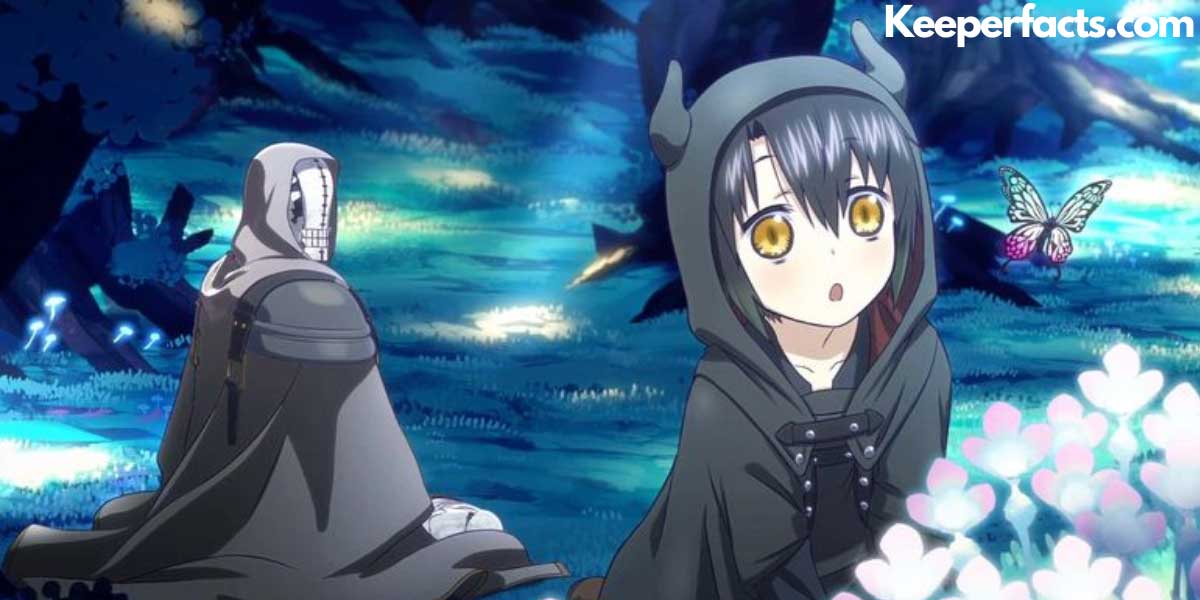 Somali and the Forest Spirit or Somali to Mori No Kamisama is the Anime series taken from Japanese Manga which aired from January 9, 2020 to March 26, 2020.

The series revolves around Somali and the Golem and the other characters in a fantasy world of spirits where Golem helped Somali to find her parents before he died as he has 1 year left and had a sympathy towards the little girl.

Yako Gureishi wrote the manga series and the manga runs online from 2015 to 2019 but due to the health problems of Yako the series was stopped after October 2019 which means the manga ended. But the conclusion of the tv anime series is different from the manga.

Kenji Yasuda is the director of this lovely anime series which consists of 12 episodes and licensed by Crunchyroll and Sentai Filmworks and run on Tokyo MX, Bs-NTV etc.

One day, While wandering in the forest Golem meets a human girl Somali and she calls him Dad.

Golem feels so attached with the girl which makes him to protect Somali in every condition from the other creatures and it the love bond of father and a daughter and he wants to do everything and they both roam in the forest in search of the human as Golem known that he has only 1 year to live.

So, before dying he wanted to find other humans to protect her and get her into the human race. It is the emotional bond story of a pair in which one member race is becoming extinct and the other is the guardian of the forest.

We also have games on such fictional worlds in which you have to survive. You can also read and play The Forest 2 or The Sons of Forest which is a game in which monsters and other creatures exist and you have to defeat them to win the game.

Looking for the window date of Somali and the Forest Spirit Season 2? Then, till this time there is no official announcement for season 2 whether it is coming or not?

There is less chance for season 2 of this fantasy world as the Manga series ended earlier due to writer health issues and if they want to make another season they will have to adapt another story as the whole manga is covered in season 1 of Somali and the Forest Spirit.

Somali and the Forest Spirit Characters and Their English Voice Actors

Is Enough Material Left to Continue the Somali and the Forest Spirit Anime Tv Series?

No, enough material is not left for making the Somali and the Forest Spirit Anime for the second season as the Manga series is completed in 2019 and it is covered in season 1 Tv anime.

Somali and the Forest Spirit Worth Watching?

Yes, Somali and the Forest Spirit is worth Watching series due to its amazing characters, mainly Somali who is a cute girl lost in the fantasy world where she meets a monster and calls her dad without knowing many things. The cast voiced the characters so perfectly that I will prefer you to watch this anime series.

Is Somali and the Forest Spirit on Netflix?

Somali and the Forest Spirit Watch

You can stream Somali and the Forest Spirit for free on VRV, by subscription on Crunchyroll and even on Justwatch.

You can also check out its English dub version on Crunchyroll.

Somali and the Forest Spirit 2 Trailer 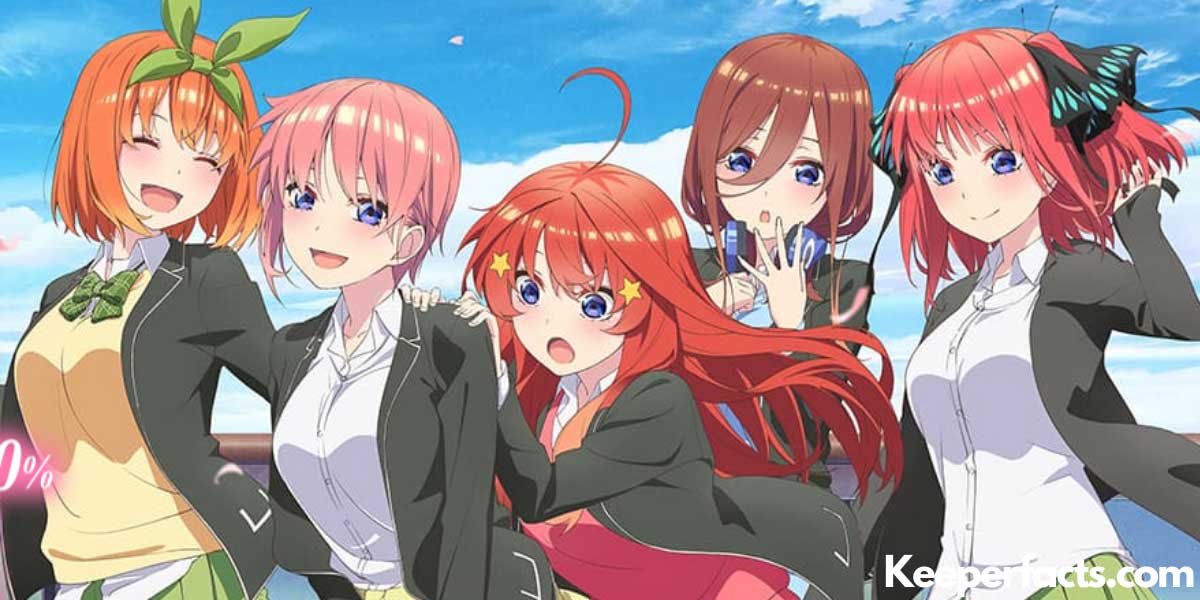 It is a story of Futaro Uesugi who gets an opportunity to teach, as a private teacher and he was a good and intelligent student. He faced so much difficulty when his mother left him as she died and his father took huge amounts of money from others.

With the help of Rick Nakano’s sister, he got the private teacher job and paid high which would help him pay his father’s debt.

Futaro is hired for the same quintuplets -Ichika, Nino, Miku, Yotsuba and Itsuki Nakano and from these girls he married to one of the girls.

If you want to read complete about this series with whom he married, which is the latest season of the Quintessential Quintuplets then read here.

It is also a fantasy series in which Sora and her younger step-sister Shiro play online games.

Sora and Shiro are confident about them and then the day comes when they find Tet who is their competitor and he challenges them to play chess with him.

Read its complete story and other details like where to watch this series and who won the competition and their ups and downs of the both the sisters only on No Game No Life Season. 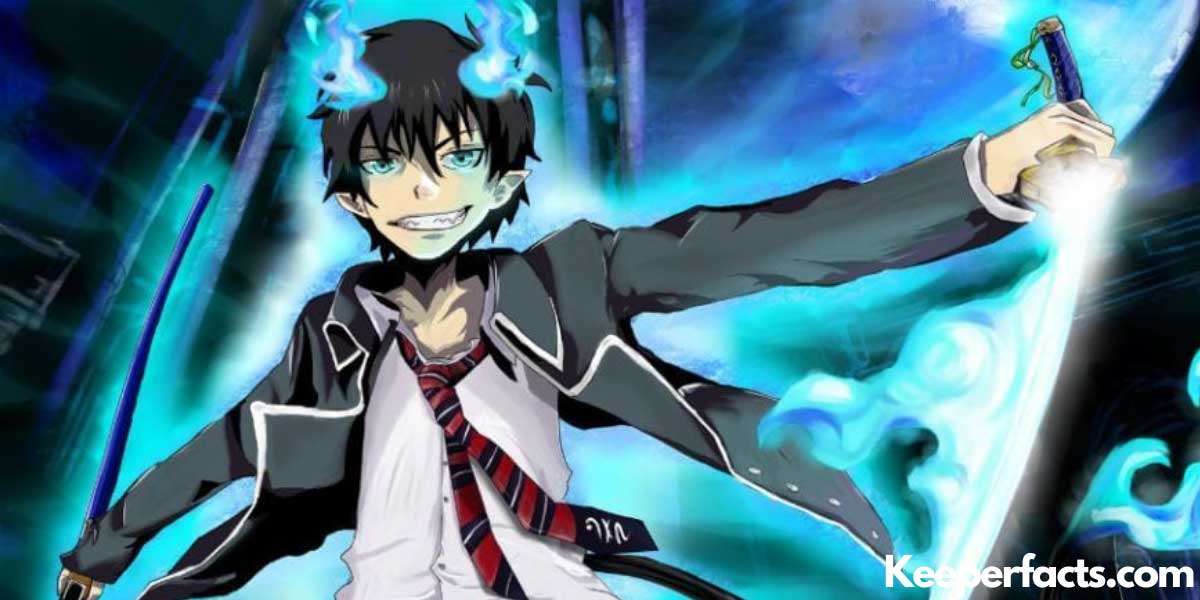 The story revolves around the main protagonist Rin and one day he discovers that he has a twin who is known as Yukio. Satan is the mother of these boys who is a cruel one and responsible for killing Rin’s guardian.

The story of the Blue Exorcist is excellent in which he joins True Cross Academy to protect the people from his mother ( who is an evil soul ) and there he finds that his twin Yukio will give him training to defeat his mother Satan.

This is another fantasy series in which you see a kind person named Houtarou Oreki who always live alone and doesn’t prefer to do tasks as he thinks his energy gets wasted. To save his energy he didn’t talk and show little emotions.

But in this series you see how he solves the mystery of a 45 years old man when he joins Classic’s Club. Can he solve other mysteries also while solving the club mystery.

It is the story of a boy named Mikado Ryugamine who came to the big city or town named Ikebukuro.

Here he met Masomi and they both moved forward to Raira Academy and in their way they met the famous gang – “The Dollars” and the Black rider girl who is wandering around the city to find her head.

Is she able to find her head and work for the gang as a delivery girl? To find this read Durarara Season.

In this above article I have given complete information about the Somali and the Forest Anime series and also told you that there is no official information for season 2.

So keep calm and wait for the new installment and we will update this section when any update regarding the anime comes on the internet.

Till then watch its season 1 and also watch similar animes which are given above.

How Old Do You Have to Be to Go to a Casino?