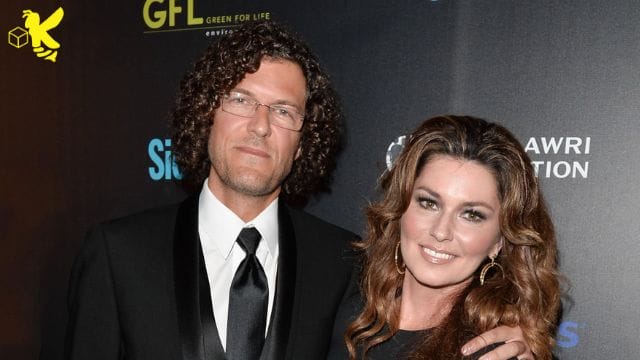 Shania Twain and her husband Frédéric Thiébaud are still deeply in love after a decade of marriage. As victims of their ex-partners' callous decisions, the two found strength in one another. Even though their love story took an unexpected path, it was “beautifully twisted.”

Shania Twain revealed a shocking trailer for her new Netflix documentary, Not Just A Girl, in which she discussed her ex-extramarital husband's affair. “It was as traumatic as losing my parents. I believed I had lost my voice permanently. “I believed that was the end,” she recounted. Robert John “Mutt” Lange, Shania's first husband, had an affair with her best friend and personal assistant, culminating in their 2010 divorce.

Shania was walking down the aisle only a few years after her husband announced he wanted a divorce, despite feeling as if the world was coming to an end. Who then stole Shania's wounded heart and reassembled it? Below is information about both of the country icon's marriages.

According to CMT, Shania and Mutt met in 1993 at the Fan Fair country music festival after Mutt, a music producer, obtained her phone number from her record label. They were married on December 28, that year, and became a power couple both personally and professionally as they collaborated on much of the country superstar's music, including her multi-platinum albums and some of her biggest hits between 1995 and 2005, including “Any Man of Mine”, “(If You're Not in It for Love) I'm Outta Here!,” “No One Needs to Know,” and “Man! I Feel Like a Woman!”

You May Like:- Dan Bilzerian Marriage: Who is His Secret Wife?

“As a producer, he is also a director; he is very hands-on and exceptionally talented. Thus, he was directing the sound's direction. Mutt's influence on her music while they were husband and wife and collaborators, as she noted to The Guardian in 2018, was that he never influenced the direction of her voice and never sought to change her.

He was never involved in the creative process in that sense. He directed the selection of instruments, the sound, and the groove. As a musician, he played bass, and he was rhythmically driven.” In 2001, the energetic couple welcomed a son, Eja.

Shania and Mutt's love appeared to be a dream come true, but in 2008, Mutt approached Shania and informed her that he wanted to break their 14-year marriage. According to the Belfast Telegraph, Shania then hired her best friend and “confidante” Marie-Anne Thiébaud to work for her in Switzerland.

In an interview with The Oprah Winfrey Show, she revealed, “I said to Marie-Anne, ‘Don't you think my husband is acting strangely?'” She responded, “No, I don't notice anything odd.”

Unfortunately, Shania would later learn that Marie-Anne was the reason her husband intended to leave her, and Marie-husband, Anne's Frédéric Thiébaud, would have to break the news to her. “I said, ‘Guys, you must now inform her. This is laughable. You simply owe her that,'” he remembered saying on Oprah. He told Shania the news after Mutt and Marie-Anne refused to hear it.

After learning of the affair, the “Endless Love” singer told AARP Magazine in a 2020 interview (via CNN) that there were times when she didn't care if tomorrow came or not. Shania described the terrible situation as “beautifully twisted” because it brought her to her future husband, Frédéric, Marie-ex-husband. Anne's

Shania and Frédéric met through Marie-Anne, and the two couples rapidly grew friends. “Marie-Anne and I were good friends, as were Fred and Mutt,” Twain recalled on Oprah. However, upon hearing the news, Shania was crushed. “I called her and suggested, ‘Why don't you come over?'” I wish to speak with you about something.

I inquired as to whether she had anything she needed to convey. On The Ellen DeGeneres Show, she remembered, “I wanted to give her the chance to tell me herself without accusing her.” Marie-Anne denied concealing anything from her or having an affair with her husband.

The Grammy Award-winning artist continued by stating that she and Frédéric eventually became friends after “trying to make sense of everything” and “holding each other up” during the suffering. Speaking of their newfound love, she added, “We were each other's support system, and in the end, we discovered something lovely and unexpected.”

Shania stated in an interview with AARP that she emerged stronger from her tumultuous divorce. She remarked, “Sometimes I feel overwhelmed coping with things, but experience teaches you how to manage.” “As you age, you gain so much experience falling and getting back up. You are going to continue plummeting. However, you will become more adept at getting up and dusting yourself off. I agree with this. I've lived it.”

According to People, Shania and Frédéric were married on January 1, 2011, in Rincon, Puerto Rico. Shania's publicist at the time told the publication, “They were married at sunset in front of forty of their closest family and friends.”

Shania reportedly said on her website prior to their wedding, “Frédéric Nicolas Thiébaud has been a true gift to me as a caring, understanding friend, and over time, an unbelievable love has bloomed from this beautiful friendship.” It looks like Shania did obtain “Forever and Always.”

Guardians of the Galaxy Vol. 3: Release Date | Trailer | Plot | Cast and Many More!

Baka and Test Season 3 Release Date: Everything About Upcoming Season of Baka and…