Sergey Brin Net Worth: Who is Sergey Brin’s Wife?

Sergey Brin is an American computer scientist and internet entrepreneur of Russian descent. Sergey Brin amassed his wealth as the co-founder of Google, whose parent firm is now known as Alphabet. Together with Larry Page, a classmate from Stanford's computer science graduate program, he co-founded the corporation. Sergey worked as Google's director of technology for ten years, from 2001 to 2011. In 2011, he renamed himself “director of special projects.”

Sergey Mikhaylovich Brin was born in Moscow, Russia on August 21, 1973. Sergey and his family fled Russia to avoid Jewish persecution when he was just six years old. His father was hired as a mathematics professor at the University of Maryland in Maryland.

Possibly not unexpectedly, Sergey also had an exceptional knack for solving mathematical problems at a young age. His father schooled him at home, where he fostered his analytical abilities and established a passion for computers.

In May 1993, after graduating from college, Sergey Brin enrolled in a doctoral degree in computer science at Stanford University. At a new student orientation program, he met fellow student Larry Page. This friendship would eventually alter the landscape of the World Wide Web for all time. Initially, the partners had difficulty integrating. According to Brin, we are both annoying since we always argue with one another.

The Rise of a Pioneer

Page conceived a novel method for evaluating the quality of a website by checking its external links. As part of his Ph.D. dissertation, Larry began writing a paper describing a new technique for web crawling. Eventually, Sergey began to collaborate on the thesis.

They immediately built a search engine called BackRub, which was the first to use backlinks to determine a website's popularity and significance. They collaborated on a study entitled “The Anatomy of a Large-Scale Hypertextual Web Search Engine.” At the time, their article was the most downloaded scientific publication in the history of the Internet.

Being Co-Founder of Google

In September 1998, the two co-founders established Google Corp. Actually, the original domain name was “Googol,” which is a number consisting of one followed by a hundred zeros. David Cheriton, one of their Stanford graduate teachers, contributed $100,000. The $100,000 investment made by Cheriton would ultimately be worth more than $2.3 billion. They also received $100,000 from Sun Microsystems co-founder Andy Bechtolsheim. The IPO of Google occurred on August 20, 2004. 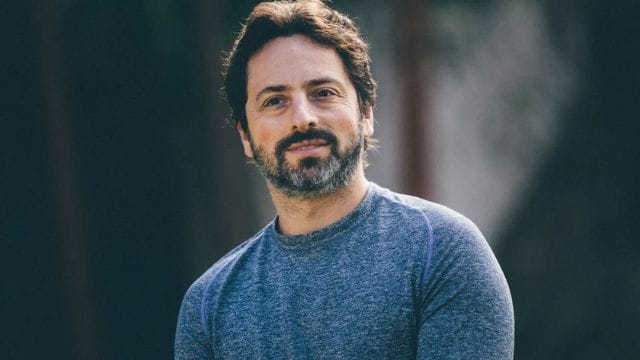 Google is currently the world's most dominant internet firm, with a monopoly in online search and a duopoly (with Facebook) in online advertising. Search, Maps, YouTube, and Gmail are among the Google products that reach more than one billion people per day. Google has been attacked for its monopoly tactics and propensity to eliminate competitors and impose arbitrary requirements on websites and apps. Multiple agencies, including the FTC, the Department of Justice, and a Congressional committee, initiated antitrust investigations against Google in 2019.

He served as the business's head of technology for ten years before assuming his present position as President of Google's parent company Alphabet. The majority of his time is spent at the company's robotics lab.

Brin is an advocate and supporter of alternate energy use, and through Google.org he is attempting to tackle the world's energy and climate challenges. He has spent his liquid personal assets on venture capital and clean technology. Sergey has contributed millions of dollars to Parkinson's disease research. Their mother Sergey was afflicted with the condition.

Sergey Brin is a business magnate and one of the world's wealthiest individuals. According to Forbes, He has a net worth of $96 billion He is well-known for co-founding Google with Larry Page. Sergey Brin is also an exceptionally accomplished computer scientist and internet entrepreneur. His estimated net worth today surpasses $127 billion, an amount that is almost impossible to comprehend.

Sergey Brin is a colossal figure, and he owns a vast number of assets around the globe. He resides in the United States and owns numerous properties there, including those in California, New York, etc. Additionally, he owns real estate in Russia, where he was born. Brin reportedly employs 50 employees to manage his life, including bankers to handle his charity endeavors, fitness instructors, caterers, a full-time photographer, and an on-call yacht captain.

Sergey Brin owns several automobiles, including a Tesla Roadster, which is owned by every Google employee. In addition, he owns a Jaguar F-type, a Toyota Prius, a Ford Model T, and several other vehicles.

From 2007 to 2015, Sergey was married to fellow internet entrepreneur Anne Wojcicki. They met through Anne's sister Susan, who, in 1998, authorized Larry and Sergey to begin Google from her garage and would subsequently become a Google executive of high rank. Sergey and Anne are the parents of two children. Anne is a co-founder of the 23andMe website.

In 2015, Sergey began dating entrepreneur Nicole Shanahan after meeting her at a yoga retreat. They wed in 2018 and are the parents of a child. In January 2022, Sergey submitted a divorce petition. In his filing, he indicated their split date as December 15, 2021.

You May Like:- Allegedly, Elon Musk Had an Affair With Sergey Brin’s Wife, Which Led to Their Friendship Being Severed

According to multiple accounts, Sergey filed for divorce in the weeks following Nicole's alleged romance with one of Sergey's oldest friends and business associates, Elon Musk. Nicole reportedly wanted a settlement amount of at least $1 billion in a court document.

Sergey Brin is a phenomenon whose invention is utilized by billions of people worldwide. Together with Larry Page, he founded Google, the most popular search engine in the world. Their work has simplified daily life for billions of people. Google's database contains all types of information, allowing users to discover answers to any question. In addition, he is the seventh richest person in the world, a remarkable accomplishment. He is extremely popular, and everyone emulates his lifestyle.

Currently, Larry Page has a net worth of $104 billion. This makes him the sixth richest person in the world, surpassing Warren Buffett by one spot. At the time of writing, Sergey Brin is worth $100 billion.

What Religion is Sergey Brin?

Brin is not religious and is Jewish. Brin wed biotech analyst and entrepreneur Anne Wojcicki in the Bahamas in May 2007. They had a son at the end of 2008 and a daughter at the end of 2011.

After his divorce from Wojcicki in 2015, Brin married Shanahan in secret in 2018. Shanahan is reportedly demanding over $1 billion of Brin's almost $100 billion wealth as part of the divorce proceedings.
Share

Dan Bilzerian Net Worth 2022: Who is His New Wife?

Leaving Their 2-month-old Baby at Home, Rihanna and A$AP Rocky Head to New York City for an Intimate Date Night.