Seeking Sister Wife Season 3 follows five polygamous families and tries to show how chaos brims in their lives because of this rather untraditional lifestyle. The concept came to surface in the year 2018 when it started being considered by the general public and that’s when the season premiere of the show began.

After a two year gap after season 2, Seeking sister wife season 3 was released on March 22, 2021 on TLC bringing in three more families and the new season covered the lives of five polygamous families. The premise of the show itself screams of drama and unconventional things. But on the top of that, these are real life people and that makes it more interesting.

Read Also: Heartland Season 15: Everything You Would Want to Know

The entire idea is to make people more comfortable with the idea of dating more than one person. TLC also aired a pilot episode of Brother Husbands but it didn't receive a positive response and was hence, canceled.

Cast of the Show

Who Are These Five Families in Seeking Sister Wife Season 3?

The five polygamous families that are under scrutiny in the show’s latest season are the Snowdens, the Winders, the Merrifields, the Clarks, and the Joneses.

The three families that are new to the show are Merrifields, Clarks and Joneses. They are coming with their complications and new changes in their set up. While Snowdens and the Winders are going to continue their stories as they were there in the previous season. 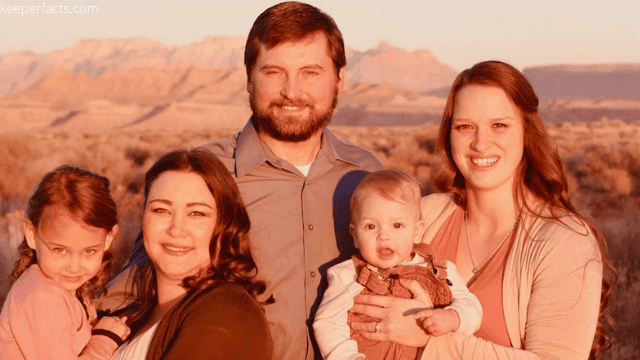 The Snowdens consist of Dimitri, Ashley and Vanessa but Vanessa wo’t be returning this season as she has broken up with the Snowdens. But that doesn’t mean that the Snowdens have stopped pursuing the dream of having a plural family as they are seen dating Christeline, a single mom and Taylor, a henna artist. They continue trying and it shows their commitment towards a plural family.

The Winders are a Mormon fundamentalist family from Utah and have four members right now.Colton is the husband while Tamy is the first wife. They both have a daughter.The second wife is Sophie who is pregnant. They are also thinking of having a third wife, Kimberly.

What Is Up With the New Families?

Among the three new families, the most talked about have been the Merrifields and have proved to be the main attraction of the show. Danielle and Garrick Marrifield have thought of having a sister wife. They are dedicated Christians but Danielle reluctantly agreed to the idea while Garrick was more into it. The main element here is Danielle’s fear and hesitance.

They soon meet a potential sister wife, Roberta, who is from Brazil and in order for her to be able to live in the USA,  Garrick will have to marry her. She can only get the marriage visa if she marries Garrick. Now, the situation becomes tricky here because then Garrick would have to divorce Danielle. Danielle is scared that she might get left alone if he divorces her.

If we look at the Clark household, we notice that Kaleh is feeling left out as Jarod and Vanessa are shifting in a new house together. When they try to mend things with Kaleh, they do not get the reaction they had hoped for. They need to get out of this obstacle in order to add a new sister wife to the mix.

Now here is the Jones family. Sidian and Tosha Jones live in Idaho and are looking for a new sister wife after Sidian’s first wife decided to leave. They struggle to find a new sister wife as they navigate through the process and understand that it isn’t easy to find someone who is compatible with them.

Reviews About the Cast

In order to review this particularly unconventional show, one must keep an open mind. But even while doing so, one cannot look past the controversial character of Garrick Merrifield. As one navigates through the show, it is evident that he is a little selfish and definitely manipulative.

He is seen believing that God has called upon them to have a plural lifestyle. He uses various techniques to convince his wife Danielle and then also convince her for a divorce. The divorce obviously makes Danielle a little insecure.The fear of abandonment evident.

But her fear is not at all baseless as we notice that Garrick keeps posting pictures with Roberta now and there is no mention of Danielle. This does make Garrick look like an antagonist.The fans of the show have even called him a narcissist on social media.

This is one of the major reasons that the Merrifield family did have the main character energy all through the show. But one cannot ignore the blatant sexism that the show entails and instead of the show being about making people understand the concept of plural families, it just ends up promoting patriarchy. But we also cannot ignore the show about co-husbands which didn’t do well.

But let’s just say that it was made because of the backlash that sister wives created. It looked like a frail attempt of shutting down criticism of any kind which further led to the success of the show because of the controversies it entailed.

Sister Wives Season 3 is filled with awkward laughs, weird intimate demands and different obstacles in the lives of these people. The show is an example of how these new forms of families are coming up in this new era. It also takes the audience on a journey to a more open minded life and acceptance of new cultures that have now become part of our society. With all it’s problematic flaws which garner attention and help the show attain its popularity, it is a must watch.