The Disney Channel Has Renewed ‘Secrets of Sulphur Springs’ for a Third Season.

Secrets of Sulphur Springs has been renewed for a third season by Disney Channel, which means Griffin Campbell and his family will be returning to solve strange mysteries once more.

It follows the release of the second season of the time-travel mystery-adventure series, which premiered earlier this month.

Secrets of Sulpher Springs is a television series created, written, and executive produced by Tracey Thomson (The Young and the Restless). It is set in Louisiana and is filmed there.

What Happens in the Show:

The show follows 12-year-old Griffin Campbell (Preston Oliver), whose life is turned upside down by his father, Ben (Josh Braaten) after he relocates the family from Chicago to take over control of an abandoned hotel property known as The Tremont. In the meantime, Griffin and his family, which includes Griffin’s mother, Sarah (Kelly Frye), and Griffin’s younger twin siblings, Wyatt (Landon Gordon) and Zoey (Madeleine McGraw), have relocated to The Tremont in hopes of returning it to its former glory as a bustling vacation destination.

Griffin learns on his first day at his new school that the hotel he is staying at is haunted by the ghost of Savannah (Elle Graham), a young girl who vanished decades ago. Griffin decides to investigate. In due course, he meets and befriends Harper (Kyleigh Curran), a thrill-seeking student, and the two of them find a secret gateway that allows them to travel back in time and collect clues about the town mystery.

Charles Pratt Jr. (Star) is the showrunner, and he collaborates with Thomson on the executive production. Gwave Productions is in charge of the show’s production.

MORE: Behind Her Eyes Netflix: Stars, Trailer and When Will It Be Broadcast?

The Disney Channel sitcom was officially renewed for a third season on February 7, 2022, during the Television Critics Association’s Winter Press Tour. However, although the producers have not yet announced a release date, it is likely that production will commence within the next few months.

There are a variety of elements that influence how long it will take for the third chapter to reach our screens, including the ease with which it is created, the availability of cast and crew, and the length of time it will take for post-production to be completed.

Who is eligible to appear on the show? Season three will see Preston Oliver and Kyleigh Curran return to their roles as Griffin and Harper, the two young adventurous best friends who first appeared on the show in season two. Curran will portray Daisy Tremont, Harper’s great-grandmother when she is a young adolescent. 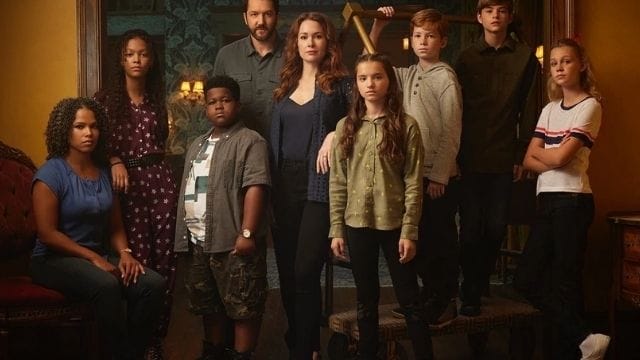 Savannah, the duo’s otherworldly companion, is also set to return, and she will be played by Elle Graham. Making their television debuts will be Madeleine McGraw and Landon Gordon as Griffin’s younger twin siblings, Zoey and Wyatt. Josh Braaten will portray Griffin’s father, Bennett, who will be played by Madeleine McGraw and Landon Gordon, respectively.

MORE: When Will the First Episode of Season 4 of Temptation Island Air? The Plot, the Release Date, and More.

Who Knows What the Secrets of Sulphur Springs Season 3 Plot Will Be About.

In season 2 of “Secrets of Sulphur Springs,” Griffin, Harper, and Savannah come to the realization that the real ghost haunting The Tremont is Daisy, Harper’s lookalike great-grandmother, who has been haunting them all along. She not only haunts the hotel now, but she also wreaked havoc on Savannah in 1962, according to local legend.

Following her lead, the three friends decide to travel back in time to the 1930s, where they hope to learn more about Harper’s family’s connections to The Tremont. However, the crystal of the time machine is accidentally removed, and Harper finds herself stranded in the 1930s, where she meets Daisy’s brother, Sam, and his father, Elijah.

For her part, Daisy has become stranded in the present, and she and Harper are having difficulty taking the identities of one another. Meanwhile, Griffin continues his search for the crystal, and Zoey and Wyatt, with the help of Topher, launch their own inquiry into the ghost’s activities. Before traveling to the future with his Time Machine in the 1962 timeline, Sam encounters Savannah, who helps him with his Time Machine before he travels to the present.

MORE: Restraunt to Another World Season 2: All That Which You Are Eager to Know.

Harper, on the other hand, learns about her family’s history of injustices, including how their land was taken away from them. In the end, Daisy and Griffin successfully locate the gem and make their way to the time machine, while Harper is redirected to the present. She informs Griffin of what she has learned about the Tremont family’s history. 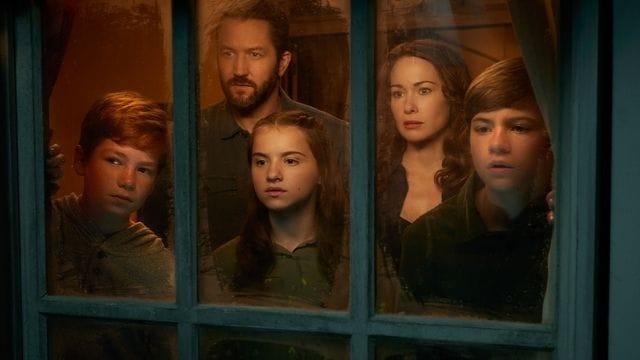 While Harper and Griffin’s families prepare to welcome back visitors to the hotel in the season 2 cliffhanger climax episode, they also learn that the crystal may be destroyed shortly, therefore putting an end to the Time Machine.

Almost certainly, Season 3 will pick up where Season 2 left off, with the outcome of whether or not the Time Machine is halted revealed. Griffin and Harper’s efforts to protect the crystal, as well as the Tremont family’s history and present, will be recorded in greater detail. Sam’s voyage to the future will have an impact on everyone, whether Savannah decides to follow him or not, and what occurs after the hotel reopens in the present are all narrative lines that will be developed.

How Many Episodes Will There Be in the Third Season of Secrets of Sulphur Springs?

Season 3’s episode count has not yet been confirmed, however, it is expected to be between 8 and 11 episodes in length. Season 1 of the mystery tween drama has a total of 11 episodes, and season 2 is currently airing and has a total of 8 episodes as well.

When Will the Third Season of Secrets of Sulphur Springs Premiere?

Season 3 of Secrets of Sulphur Springs hasn’t been given a specific release date as of yet, but given that seasons 1 and 2 of the show premiered in January 2021 and January 2022, respectively, it’s likely that the third season will debut in the same month.

When Is Young Royals 2 Coming Out? Know More About the Show?

What You Need to Know About The Umbrella Academy Season 3 Release Date, Actors, Plot, and More!