Sanjay Dutt Will Finish SADAK 2 Dubbing before The Medical Break

Actor Sanjay Dutt has promised to finish his last leg of dubbing before taking any medical leave.

He is overwhelmed with the love coming ever since the fans have got the news about his illness. He said that this is giving him motivation and also, he will try to give his best through his work.

Why does he have to take Medical Break? 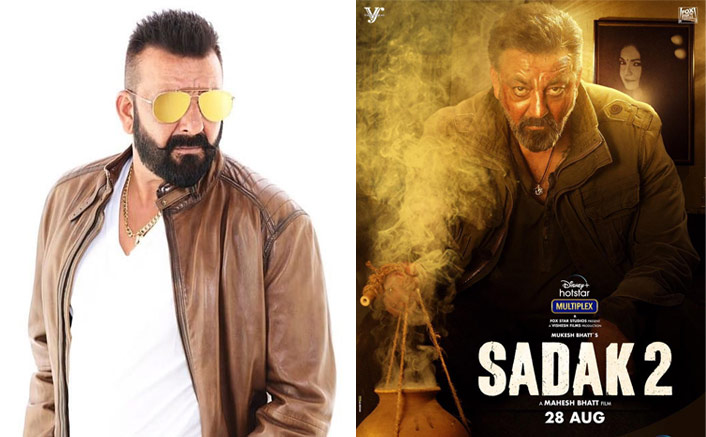 According to the news, he was having trouble breathing and feeling uncomfortable in his chest. So, he got admitted to the hospital on 11th August.

Though Sanjay Dutt hasn't revealed anything but his closed ones in his industry tweeted on social media that Sanjay Dutt is dragonized with Lung Cancer and we pray to God for his speedy recovery.

The Actor Got Emotional For Being Trolled On Social Media

Recently, due to the Sushant Rajput’s case, the trailer of Sadak 2 is facing social media troll and eventually gets more than 4.4 million dislikes in less than a day of being launched on YouTube. The trailer is getting trolled and parody posters are getting viral.

Even in many sites, people are even discussing boycotting to watch the film.

Due to this,  Sanjay Dutt got emotional and saddened by the negativity for the film which close to his heart.

However, he is hopeful that people may stop hating the film and look for his hard work and performance in the film.

Bollywood actors Sanjay Dutt, after being discharged from the hospital recently, announced that he was going to take a break for a few days.

Sanjay Dutt was going on a break and on the other hand, many of his coming projects were stalled.

Sanjay Dutt is now working on 5-6 films and he was also trying to dispose of him before taking medical breaks.

Sanjay Dutt is said to be trying to complete the work of the film Road-2 released on 28th August before going on medical break.

According to a mid-day report, he will complete the final phase of the film before going on a break. Furthermore, ever since he was reported to be sick, he is somewhat happy about the love he received from his fans. This supports of fans is motivating him

A National Archery Camp For Olympics Will Resume On August 25 At ASI, Pune: SAI