It's hard to realize it's been three years since Russian Doll's first season premiered on Netflix. However, the second season of Russian Doll wasted no time in reminding viewers why the series is so amazing. Now that season 2 has concluded, we may begin to wonder whether Netflix will renew Russian Doll Season 3.

The Emmy-nominated dark comedy series Russian Doll was created by Natasha Lyonne, Amy Poehler, and Leslye Headehler. The series premiered on Netflix in February 2019 and was an instant smash with viewers and critics. Notably, many episodes were nominated for Outstanding Writing For A Comedy Series, while Natasha Lyonne was nominated for Outstanding Lead Actress In A Comedy Series.

As of this writing,  Russian Doll Season 3 has not been officially confirmed. The Russian Doll was originally supposed to be a three-season drama, according to a 2019 interview conducted by The Hollywood Reporter. After garnering an incredibly positive reception, it seems likely that Russian Doll will be renewed for a third season, with the renewal indicating that it will be the show's final season as it reaches its natural conclusion.

Due to the epidemic, the release date of The Russian Doll season 2 has been pushed back, making it more difficult to forecast release dates based on prior production deadlines. Russian Doll has not been renewed for a third season yet. Based on the preliminary preparations for season 2, it is possible to assume that Russian Doll season 3 will launch in late 2023 according to tomsguide.

What will the Russian Doll season 3 Plot?

The beauty and frustration of Russian Doll are that the previous two seasons may be viewed independently, but when viewed collectively, they form a larger puzzle. As season two also concluded in a complete moment, we can guess that season three will entail Nadia time-traveling once more.

Aside from that, the future, like Nadia's, is somewhat unknown. However, we are eager to see where it leads. The first season centered on a time loop set firmly in the present, with Nadia and Alan's individual deaths occurring repeatedly until they figured out how to break it.

The second season focused significantly more on the past, with Nadia learning (and being) both her mother and grandmother at various points. With this in mind, we could theorize that season three will be situated further in the future, a concept that was alluded to but not fully explored in season two. When asked by Variety if this may be the case, Lyonne responded, “Without revealing too much, I've had the same thinking. The show will always be a philosophical, hallucinogenic reflection on the nature of time, death, etc.

“Yes, one of the launching points of season two is the Italian scientist Carlo Rovelli and his concept of the arrow of time, as well as the question, ‘Why can I remember the past but not the future?'” That opens up some serious questions. And who can say? Who knows if I'll be allowed to do this again?” 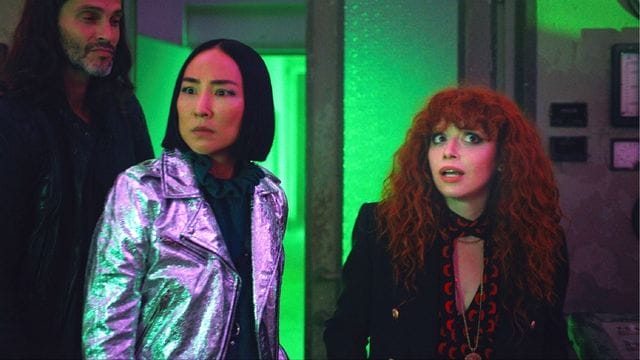 Nadia also struggled with Ruth's creeping demise throughout the season, but she missed her passing because she was so consumed with altering the past. Previously, she had the chance to bid farewell to a younger version of Ruth, but not to her Ruth. Lyonne has subsequently confirmed that this had to happen to Nadia, but if season three is produced, we may get to watch her bid Ruth a decent farewell. “It was crucial that, in a strange way, Ruth does not hold that against Nadia,” she explained.

“The concept of truly unconditional love in a person's life includes the notion that I forgive you for your flaws as a person. Ruth knows Nadia well enough to recognize that she is coming up in her own manner. Since you've been spoiling the third season, it's worth emphasizing that she may get to say farewell.

Which Cast members would Return for the Russian Doll Season 3?

If the Russian Doll Returns, Natasha Lyonne will undoubtedly reprise her role as the witty leading woman Nadia Vulvokov. It is also quite likely that Charlie Bennett will reprise his role as Alan in season three, barring his disappearance into another death-time loop.

Regarding the supporting cast, we anticipate the following actors to repeat their roles:

Also Read:- House of the Dragon Prequel Release Date: Everything You Need to Know About the Game of Thrones Spin-off

Stay back to keeperfacts.com for more information about further dramas.

Machine Gun Kelly Net Worth 2022: How the Rapper Earned His Fortune?

The Lincoln Lawyer Season 2 Release Date: Has the Show Been…

Who is Rock Lee’s Wife: What’s the Fate in Her…

How to Choose the Perfect Gift for Mom: Lets Figure Out How…