Monsters at Work: Know Everything About This Television Series! 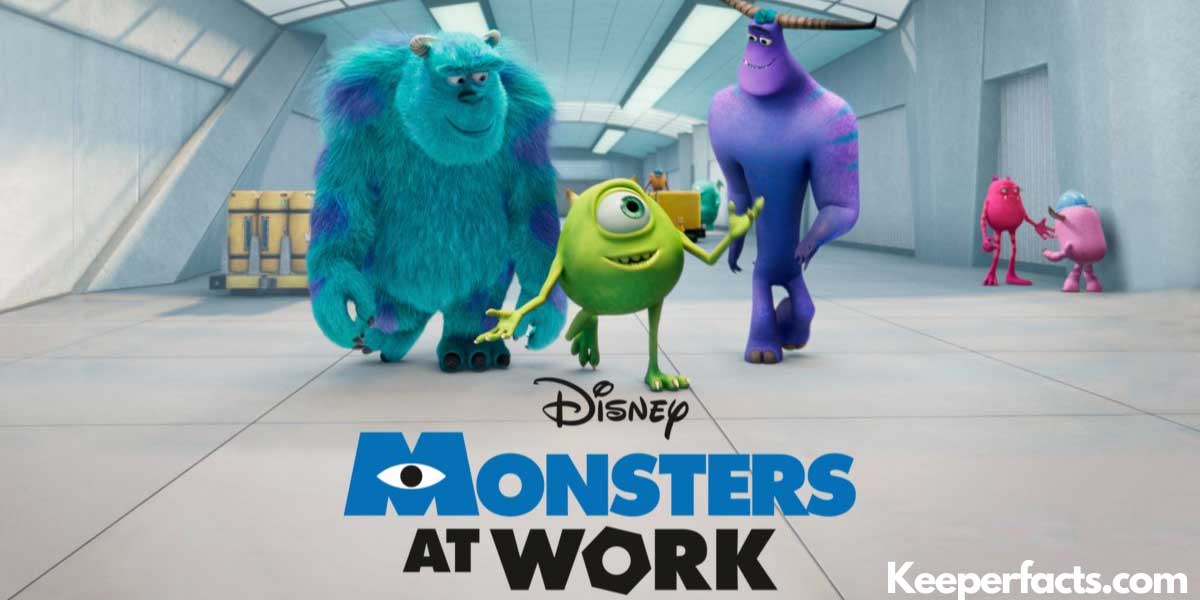 Looking for Mike and Sulley, president and CEO of Monsters of incorporated? Do you, also, get lost in the world of anime series while watching them? It is the fantastic animated tv series who are the lovers and fans of cartoons.

Is Boo in the anime series? Want to know what they do in the factory and which monster is in charge at Monsters at work?

Let’s know further about the series which run for 22-23 mins and consists of 10 episodes.

Monsters at Work: About

As you all know, Monsters at work came in 2021 after 20 years of its first release of Monsters Inc. film which was released in 2001.

This is an American TV series in which two monsters had the job of scaring children but it is funny when monsters are more afraid of humans than humans are afraid of these little monsters.

This is a comedy series whose characters are created by Pixar Animation Studios and the anime series is also loved by fans as the classic Monster Inc was given.

Bobs Gannaway directed Monsters at Work Series for 10 episodes and Henry Winkler, one of the cast also gives indication that 2nd season is in development.

Have you enjoyed season 1 of Monsters at work, if yes then it is a good news for all that second season will come!

#MonstersAtWork Has Been Renewed For A Second Season At Disney+

Henry Winkler confimed it on Twitter saying “There Will Be” when asked about a second season pic.twitter.com/XvGSkUdADH

The new spin-off of the Monsters Inc. came on July 7, 2021 on the streaming service Disney. It has 10 episodes which were released in English, the original language.

Monsters at work first episode is “ Welcome to Monsters Incorporated” in which you see a dream job as a scarer is performed by Taylor.

The complete story information is not there but Monsters at Work which shows monsters are working and two of them are incharge of the factory and they gathering the laughs of the children for their main fuel source. But Tylor Tuskmon young monster did not like it as his dream job of scarer is decreasing.

Meanwhile he discovers that his job is in danger when children laughter is used instead of screams and his career is going down and he has to do a boring admin job in the Monstropolis Facilities team.

In second episode he is adjusted to his new role of MIFT and gets friendly with his co-workers.

Monsters At Work: Ratings and Reviews

If you check Monsters at work IMDB ratings then here you see that this animated tv series got 7.1 ratings out of 10 but the popularity of this series went down. The first two episodes of this tv series is top rated on the IMDB and these episodes are Welcome to Monsters Incorporated and Meet Mift.

There are many series which you can watch if you like Monsters at Work and these are Monsters University, Dug Day and Monsters Inc. etc.

On IMDB there are 72 user reviews at the time of writing and almost all the users gave positive responses to this fantasy series.

Here monsters comedy series got an average Tomato meter of 65% and there is 82% average audience score.

In common sense media it received 4 ratings out of 10.

Will the 4 animated animals come back for the fourth installment? Read More: Madagascar 4: Will the Madagascar Movie Cancelled or Ever Happen?

Is the Monsters at Work on Netflix?

No, this animated series is not on netflix.

Where Can You Watch Monsters at Work 2021?

It was only available to watch on Disneyplus.

Watch complete Season 1 of Monsters at Work on Disneyplus and also watch other animated series like Somali and the forest spirit 2, Durarara Season, Rent a Girlfriend etc on keeperfacts.com.

Need to Switch a PNG to JPG?

List of 10 Best Family Guy Episodes That You Should Watch| Where To Watch?