Why Messiah Season 2 Got Cancelled By Netflix? 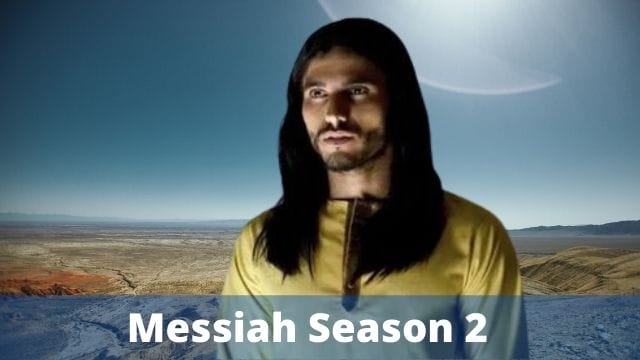 Messiah Season 2: While some Netflix shows are getting new seasons – Sex Education season three has been greenlit. Stranger Things season four was in the works before the global situation halted production. The Crown is getting a fourth (and final) chapter, allowing it to end on its own terms – others are dying off early, leaving multiple threads hanging – a hammer blow for fans who have followed those stories from the beginning.

There have been several Netflix cancellations throughout the years, ranging from The OA to Santa Clarita Diet, and we expect there will be many more in the future. The recent show the Messiah was cancelled, a thriller about a CIA officer investigating a mystery man whose followers believe to be the Second Coming of Christ.

The show’s first season launched on Netflix on New Year’s Day. However, it was announced at the end of March that there would be no second season.

When and Where Little Fires Everywhere Season 2 Will Be Available?

Due to religious controversies, Netflix has decided to discontinue Messiah’s production after season one. Agent Eva Geller, played by Michelle Monaghan, is tasked with researching a mystery individual known as Al-Masih in this CIA thriller. Al-Masil (Mehdi Dehbi) declared that he had been sent to Earth by higher forces to preserve humanity.

When their followers began to cause mayhem due to their beliefs, worldwide organizations were interested in their conspiracies to dominate humanity. Agent Eva is then tasked with determining whether he is indeed heavenly or just another con artist attempting to acquire global notice.

Messiah devotees, I’m afraid I have some bad news for you. According to Netflix, there will be no show renewal for a second season. Netflix has now informed us that Messiah season 2 will not be produced. A cast member Wil Traval, confirmed the news of the production’s demise on his Instagram account. 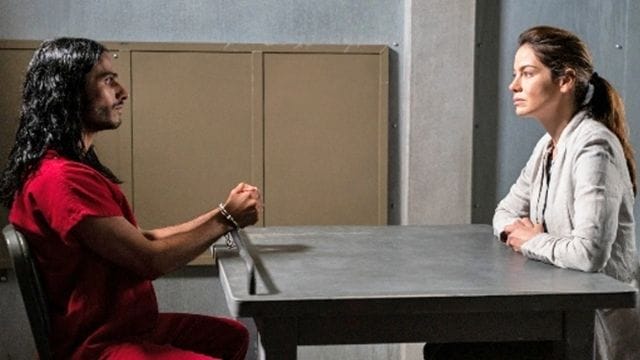 This indicates that Messiah was not finished in the first season, nor was its production postponed, but was rather cancelled. It has an international cast and was shot in a variety of places all around the world.

Aside from the religious difficulties behind the cancellation, the film’s multi-location setting would be extremely difficult, if not impossible, to pull off in light of the epidemic. The figure Al-Masih in the Messiah trailer drew a lot of criticism.

Al-Masih is synonymous with Al-Masih ad-Dajjal, an evil character in Islamic eschatology. He was recognized as a liar and deceiver and a false Messiah. This alone made the film appear to be a direct attack on Islam. Despite the fact that a Netflix representative declared in her press conference that Messiah was and still is entirely based on imagination and creativity. This proof makes it a little difficult to trust.

This name elicited a lot of negative feedback, prompting a petition to alter the name, which received over 4,000 signatures in support. Many religious organisations were outraged when the Jordanian Royal Film Commission requested that the film not be screened in Muslim countries two days before its premiere.

However, the cancellation of this film production is devastating for those who were hoping for a season two bomb. Due to the news on Twitter, some petitions have been started, and we are hoping for great results.

Al-Masih, the story’s major character, is the focus of the show. It started in Syria and ended with Al-Masih, a self-declared prophet. As he builds a link between the Middle East and the United States. As a result, the number of road followers is increasing. In order to amaze the rest of the world, Al-Masih manipulates and performs marvels. In this way, Eva Geller, a CIA agent on the search for the truth, is also involved.

Aviram, an Israeli agent, is also a part of the series’ investigation. The plot did not come to a satisfying and conclusive finish in the end. The audience of the show is dissatisfied as a result of this. Season 2 is no longer available due to the show’s official cancellation.

“Of course, critical acclaim is important, but our primary goal is to stretch our investment dollars as far as possible while repaying our investors’ money – after all, it’s their money, not ours.” There are rumours, however, that Messiah’s cancellation was not owing to low viewership.

According to The Hollywood Reporter, “the production didn’t feel sure about producing another season of the series, which has a multinational cast and was filmed in several locales” because of the current state of the world. Season 2 of Messiah was filmed in a number of locations, including New Mexico and Amman, Jordan’s capital.

It’s important to note that this is a Hollywood Reporter source, not a Netflix statement. The viewership numbers, on the other hand, were nowhere like those of Stranger Things or Sex Education. Instead of thinking about what may have been if Messiah had reached those heights. Petroni would have been popping champagne corks.

New Mexico and Amman, Jordan’s capital, were among the locations used in the episode. It’s important to note that this is a Hollywood Reporter source, not a Netflix statement.

The viewership numbers, on the other hand, were nowhere like those of Stranger Things or Sex Education. Instead of thinking about what may have been if Messiah had reached those heights, Petroni would have been popping champagne corks.

What Will Be Girl From Nowhere Season 3 Release Date: Spoiler Alert, Cast, Plot?

When Will Be American Horror Story Season 11 be Released in 2022?

Netflix seldom offers explanations for series cancellations, but when it does, it frequently cites low ratings, hinting that the platform isn’t receiving enough bang for its buck.

“When we’re investing, we decide how much to invest depending on the audience that will come up,” Netflix’s president of original programming Cindy Holland stated at a conference in 2019. (via Deadline). “If no one shows up, we question whether we should continue to invest in something that isn’t functioning as well as we had hoped.”

When and Where Little Fires Everywhere Season 2 Will Be Available?

How Does UKGC Protect Gamblers?