The King's Man is the most awaited movie of the King's Man franchise since its announcement. Fans are getting crazy over its release. After all the delays, it is finally here.

To know about the release dates, the cast of the movie, and a lot more, read the following article.

You do not require any introduction for Matthew Vaughn's directed Kingsman franchise. It has a name of its own. It is a British-American venture made for amalgamation of different genres.

Kings Man is a spy-comedy movie series in which Kings Man is a fictional intelligence agency(operating independently). The first installment(Kings Man: The Secret Service) rolled out on 27th February 2015.  It made a whopping 41.44 USD on the box office.

After a successful run of the predecessor came Kings Man: The Golden Circle. It came out in theaters on 20th September 2017 in the United Kingdom.

Though it was not a critic's favorite, it made a huge name among its audience. Taron Egerton was a charmer with his role as the protagonist(Eggsy). We will be seeing many chapters of the Kings Man franchise including, the upcoming third installment(The King's Man).

The franchise has two more movies for its audience, which are still not announced. The Blue Blood being the first one and The Statesman being the next one.

Read on to know the complete details about the release date, plot, and cast of Kings Man 3.

What is the Cast of The King's Man(KingsMan 3)?

Disney has revealed the cast of  King's Man 3. We were expecting to see some new faces, and there are many new faces in the movie.

Ralph Fiennes is performing as the  Duke of Oxford. He plays a wealthy and rich guy. He's the one who lays the foundation for the Kingsman organization.

Harris Dickinson plays the son of Duke and, his name is Conrad. He wanted to join the army to serve his country but ends up in the KingsMan organization. 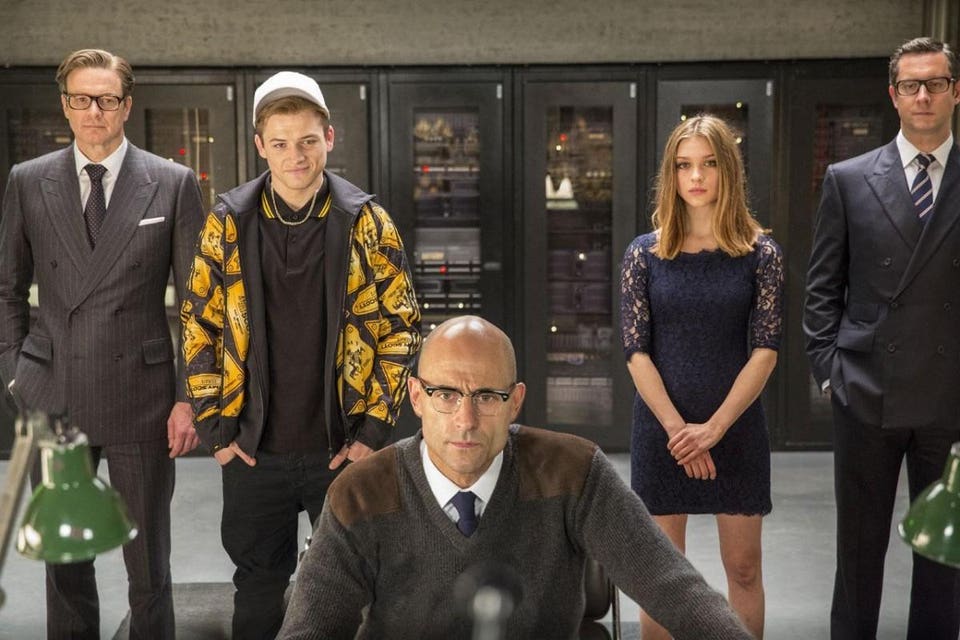 Gemma Arterton for the role of Polly and Djimon Hounsou for the character of Shola is cast. They both seem to appear as servants to the Duke, but they're also full members of the Kingsman organization.

Other characters include Charles Dance as Herbert Kitchener, Matthew Goode as The Shepherd, Tom Hollander as Nicholas II, Rhys Ifans as Grigori Rasputin.

One interesting question for you. If you get a chance to play any of the characters, whom would you choose?

Release Date of The King's Man(KingsMan 3): When can we see it?

The King's Man release date has gone through a complete roller coaster ride. Finally, Disney has decided on the initial release of the movie on December 22, 2021. It was supposed to come out in 2019 on 15 November. Late in the release occurred because Disney acquired 21st Century Fox's parent company in March 2019.

So make your reservations for the release dates and get set for some action.

The Plot The King's Man(KingsMan 3)

In 2012 Marvel Comics made a release a comic called Kingsman.

The whole Kingsman film franchise is on these comics. The authors of these comics are Mark Millar and Dave Gobbins. The film takes us to the 20th century. It is a prequel to both the predecessors.

The movie will take us to a very different and unknown era, but can we expect an action-packed prequel?

We can say that the Kingsman franchise is known for its bawdy humor and jazzy action sequences. This installment also promises the same. One side is of the world's Independent Intelligence Agency. The agents are refined but brutal, civilized but merciless.

On the other side, there are the world's most treacherous villains planning to put countries at war. Our heroes have to race back in time to stop this chaos with lots of action and raunchy comedy it's a must-watch. The trailer of the film describes it as a bloody origin.

Greed and Corruption rule the world is the most iconic dialogue of the movie. Tell me in the comments which dialogue you find fascinating.

Where Can We See the Trailer for The King's Man?

There are three trailers available on the 20th Century Studios YouTube channel.

Kingsman: The Secret Service received a rating of 7.7 out of 10 from IMDB. Rotten Tomatoes rated it 74 out of 100 on the Tomatometer.

Kingsman: The Golden Circle was rated 6.7 out of 10 on IMDB.

Rotten Tomatoes gave it 51 out of 100 on the Tomatometer.

The King's Man is yet to be released. As soon as it gets rated by any platform, we will update that.

Where will you get to watch The King's Man?

Kingsman franchise is now a Disney Plus venture. So you can watch all the parts on Disney Plus.

The King's Man will also be releasing on the same platform.

Despite being criticized by the critics, the audience still loves the Kingsman franchise. Fans are in desperate wait for the next chapter.

All I want to say is, the wait will be worth it.

So guys, make your reservations and enjoy the masterpiece.