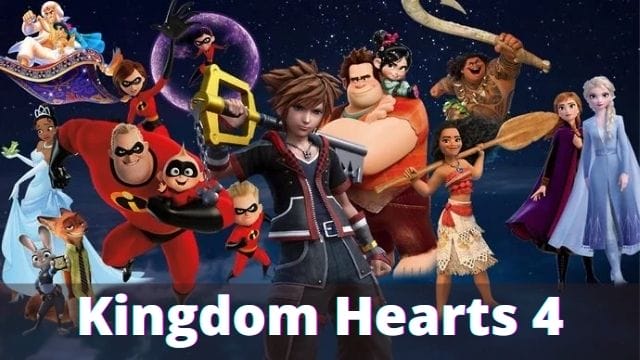 Kingdom Hearts is a long-running JRPG series that (in)famously straddles the worlds of Disney and Final Fantasy while also developing its own setting and lore, for those who are unfamiliar. Tetsuya Nomura, the character designer of multiple iconic Final Fantasy games and director of the superb Final Fantasy 7 Remake, produced the series.

Why Louis Oosthuizen Pulls Out of the Masters Before the Second Round 2022?

John Wick 3: An In-depth Analysis of the Movie and Its Expectations

Sora is significantly less animated than he’s ever been when he wakes up in a huge metropolis. The environments that surround the spiky-haired protagonist have also been updated in a basic and clean manner, resulting in what is hoped to be a generational leap forward in the visual aspect for the game. The trailer then shows Sora fighting a Heartless monster that looks a lot like the monster that first terrorised the Destiny Islands in the first game.

Kingdom Hearts Missing-Link, a new mobile offshoot for the brand that will go into closed beta on iOS and Android later this year, was shown alongside the game. A troop of keyblade wielders battled the visage of The Magic Mirror from Snow White and the Seven Dwarfs in video from another mobile game (Kingdom Hearts).

Even with Sora’s enormous revamp, it doesn’t appear that Square Enix devs intend to veer too far from the Kingdom Hearts template, whether it’s a spinoff or a core entry.

While this is an exciting time for Kingdom Hearts fans, keep in mind that a teaser trailer like this does not ensure that the next adventure will be released soon. Kingdom Hearts III took six years to come out after its first trailer, and there was very little information released before the game’s release date. For the time being, it’s best to focus on the plethora of other Disney-related projects on the horizon as Kingdom Hearts IV simmers in the background.

Kingdom Hearts 4, the next mainstream Kingdom Hearts game, is now in development, Square Enix confirmed Sunday during the franchise’s 20th-anniversary Livestream. A new teaser for Kingdom Hearts 4 confirms the return of Sora, Donald, and Goofy for a brand-new journey and the Lost Master Arc, which Square Enix describes as “an epic new plot.”

The Quadratum is presented in the first video for Kingdom Hearts 4, and while it resembles Tokyo, Square Enix defines it as an “expansive city set in a stunning, realistic environment unlike anything seen previously in the Kingdom Hearts series.” For Kingdom Hearts aficionados, the trailer also introduces Strelitzia, a new character. 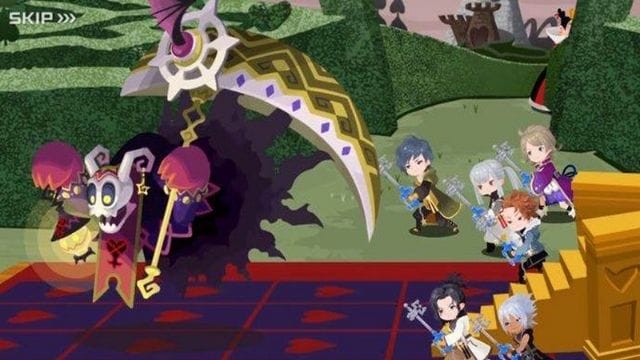 The trailer for Kingdom Hearts 4 shows Sora, the protagonist of the game, waking up in a modern city’s minimalist residence. He appears to be stranded in the “Quadratum” realm and engages in combat with a mysterious huge monster. In the trailer’s final scene, Donald Duck and Goofy are searching for Sora in a darkened abyss before being attacked by an unknown monster.

The trailer didn’t mention a release date, so it’s difficult to say how far Kingdom Hearts 4 has progressed. Kingdom Hearts III saw a similar announcement trailer in 2013 but did not release for another six years, so Kingdom Hearts fans may have to wait a while.

“We’d want to thank the fans for all of their support over the years, and we can’t wait for them to experience everything that’s to come for Sora,” series brand manager Ichiro Hazama said in Square Enix’s Kingdom Hearts 4  announcement.

“It’s been an honour for the past two decades to work with Tetsuya Nomura and his team to present these unique stories of discovery, courage, and friendship to the globe,” said Nana Gadd, director of Walt Disney Games.”This is just the beginning of Sora’s next adventure; we can’t wait to reveal more when the time is perfect.”

Kingdom Hearts has always been a PlayStation-centric franchise, and Kingdom Hearts 3 didn’t get a PC port until last year when it was released on the Epic Store alongside the befuddlingly titled Kingdom Hearts HD 2.8 Final Chapter Prologue.

In recent years, Square Enix has attempted to transfer more of its games to the PC, but the results have been mixed. Both the Final Fantasy 7 Remake and Stranger of Paradise: Final Fantasy Origins launched on PC in a terrible state, with limited visual options and unpleasant performance issues, and a major stuttering issue in NieR: Automata was left ignored for four years after the game’s release.

One can only hope that Kingdom Hearts 4 receives a better-performing and more timely PC port than previous titles.

Square Enix explains, “Sora makes a triumphant return with an updated look at the start of an epic new storyline termed the ‘Lost Master Arc.'” Players are introduced to the Quadratum, a large, sprawling metropolis built in a gorgeous, realistic environment unlike anything seen previously in the Kingdom Hearts series, with Sora facing off against a massive foe in a boss battle.

The reappearance of Sora’s well-known acquaintances, as well as the first appearance of Strelitzia, a mysterious new character that comes before Sora in this bizarre new location, will delight fans.”

There’s no remark on a release date or which platforms Kingdom Hearts 4  will be released on just yet, but development appears far enough to show us not only cinematics but gameplay above the streets of a modern downtown. Our dear friends Donald Duck and Goofy also make a cameo at the conclusion.

Kingdom Hearts Missing Link, a mobile game that will enter closed beta testing later this year, was also revealed. “Players will be able to travel on excursions from the realm of Scala ad Caelum into the actual world,” according to Square Enix, and “fight in an intense war against the Heartless and uncover a fresh, original narrative.”

Do You Want to Know All About Ozark Season 4 Part 1?

This weekend, Square Enix stunned Kingdom Hearts fans by announcing the fourth mainstream installment in the long-running RPG series. Kingdom Hearts IV will startup where the previous game left off, combining Disney worlds with Final Fantasy aesthetics to create an innovative and at times befuddling whole.