The Kardashians star announced on Tuesday that she recently had a tumour removed, which explains why viewers have seen her with bandages on her face. The 38-year-old broke the news in a series of Instagram Story updates, accompanied by close-up images of her skin.

She added, “I've heard several rumours about the ever-changing bandage on my face, and some of you may be wondering why I've been wearing one for the past few weeks.” “After discovering a little bulge on my face and assuming it was a pimple, I opted to have it biopsied seven months later when I saw it was not going away.”

Khloé Kardashian claimed that she had two biopsies from independent doctors who deemed the bulge to be “very uncommon” for a woman of her age. 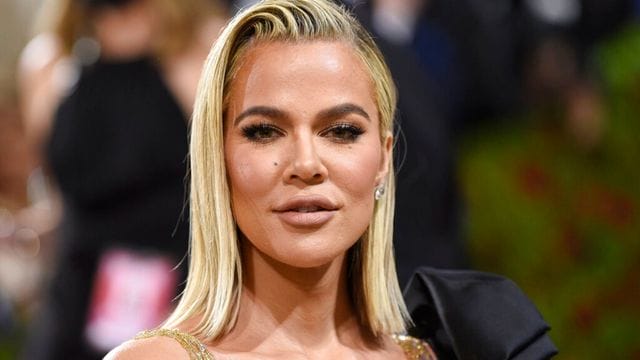 First, a dermatologist checked Khloe's face, and then she underwent two biopsies, after which physicians informed her that she required emergency surgery to remove a tumour from her face. Khloe claims that Beverly Hills surgeon Dr Garth Fisher conducted the procedure, adding that everything appears to be good and she is currently recovering.

The founder of Good American stated that the main reason she is sharing her experience is as a reminder to have regular exams, recalling the time when physicians discovered a malignant mole on her back.

“I had a melanoma removed from my back when I was 19 years old, thus I am predisposed to developing melanomas. Even those who are not should be routinely screened “Kardashian advocated. “I am someone who diligently applies sunscreen daily, so no one is exempt from these concerns. Please take this matter seriously and perform regular self-examinations in addition to annual checks.”

According to the Mayo Clinic, skin cancer is the abnormal growth of skin cells that often develops on skin exposed to sunlight, namely the sun's UV radiation.

According to our sources, if Khloe hadn't gotten her face examined, the tumour may have developed into full-blown cancer, though it's impossible to determine when. Khloe claims she had a melanoma surgically removed from her back when she was 19 years old, and when she can remove the bandages from her face, she will likely have a scar.

Let’s Find Out: Who is Lala Kent Dating Now?