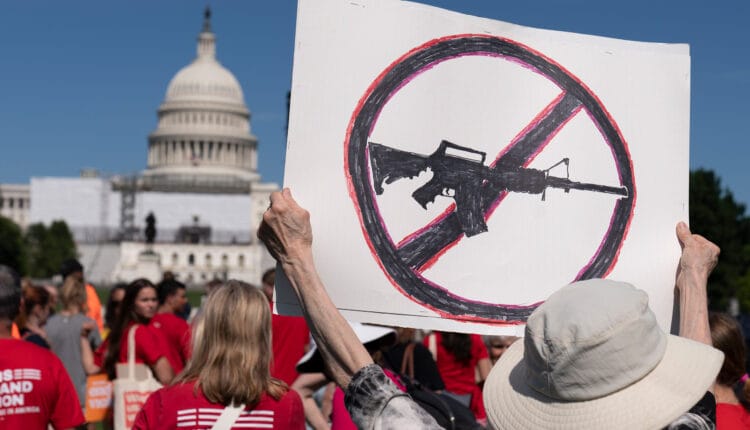 You are sitting on your sofa watching the Super Bowl. Suddenly, breaking news cuts the game short. A mass shooting is underway, and a 17-year-old student is butchering people.

Why is this happening? Students are our future leaders. Your mind becomes restless as you watch the horrific live updates from the scene.

Now, this brings us to the topic of why some students are prone to violence. Let’s list some of the reasons which derail our bright future leaders to the other unpleasant side of violence.

Many students involved in violence tend to have witnessed violence or come from a violent background. The parents or guardians might be hot-tempered or extremely violent. Kids tend to emulate the behaviors they see back at home.

By the time a child approaches adolescence, the violence witnessed over the years begins to manifest itself in school by bullying other students. When left unchecked, the bullying explodes into full-blown violence involving firearms, resulting in mass shootings.

Exposure to firearms at a young age is also another reason that drives students to violence. Coupled with violent scenes from the entertainment industry. Students are easily swayed away by false fantasies and end up joining street gangs or getting involved in mass shootings. To learn more about it, you can find a unique gun control essay written by students from different institutions. Today, there are tons of materials about this topic available on the web for free.

In schools, students in gangs seem to be fashionable and end up recruiting other students into their violent ring. Such kind of peer pressure is what derails students from their bright future to that of violence.

What is Gun Violence?

A worldwide threat to the right to life – gun violence – has reached a new peak by causing nearly 1000 deaths per day globally. Most people associate gun violence with violence towards other people such as mass shootings, homicide, etc., suicide using firearms is also considered as gun-related violence.

The terrifying mass shooting in a school in Uvalde, Texas on May 24, 2022 where 19 children and 2 teachers lost their lives has yet again brought the spotlight to the United States. With gun violence being the leading cause of death of people of age 19 or below in 2020, it begs the question, why gun violence has been increasing in the US at such an alarming rate? The following are some of the leading reasons:

● Firearms are readily accessible in the US. It has the highest firearm ownership rate in the world.

Preventive measures are taken in the United States to control the increasing gun violence which includes, law enforcement, strict punishments for violators, awareness programs for children and their parents, and so on.

To prevent gun violence, each of us can push for more counseling at schools. As you might know, mental health issues is one of the reasons for violent behaviors. The more accessible mental help is, the lower the risk of gun violence among young people.

It’s important to note that simple acknowledging that we’re struggling with some inner problems encourages others to reach out for help. Hence, if you demonstrate self-care to your friends and family members, you can encourage them to ask for professional help in times when they’re feeling low.

If personally you keep a gun in your home, you must make sure that it’s not accessible for anybody. It’s vital to store your firearms in a safe place. According to the statistics, over 70% of school shooters got their firearms from their family members. Therefore, weapon must be out of reach of anybody coming to your home.

Schools also should create a way for students and staff to report any potential threats. It can be done through a special app or a place with anonymous letters.

Ice Cube Net Worth: Why Is He One Amongst the Richest Rappers of the World?

Don’t Know What Tafe Course to Pick? Here’s a Guide

Why Fortress Learning Is the Best Way to Become Knowledgeable