How Many Justin Bieber Released Studio Albums (So Far 2022)? 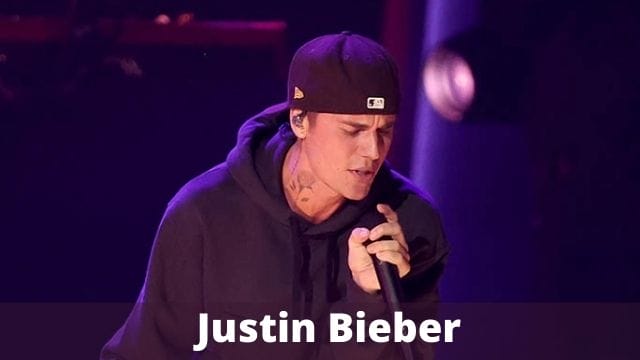 Bieber has sold an estimated 150 million records globally during his career, making him one of the best-selling musicians of all time. Justin Bieber has won two Grammy Awards in his nearly 13-year career (from 22 nods).

Scooter Braun, Justin Bieber‘s record executive and talent manager, spotted him on YouTube when he was 13 years old, and he was later signed to RBMG Records by American singer-songwriter Usher. Bieber's first single, “One Time,” hit number 12 in Canada and the top 20 in a lot of other nations across the world.

On November 17, 2009, Bieber released his debut seven-track extended play (EP), My World. It debuted at number one in Canada and hit the top five in a number of other countries, including the UK and the US.

The EP also yielded the follow-up single “One Less Lonely Girl,” as well as the promotional singles “Favorite Girl” and “Love Me,” which all charted in the top 40 of the Billboard Hot 100 in the United States.

With the release of My World, Bieber became the first artist to chart seven songs from a debut album on the Billboard Hot 100 in the United States.

On March 19, 2010, Bieber released his debut studio album, My World 2.0. The album was a commercial triumph in Australia, Canada, and the United States, topping charts in all three countries. Bieber became the youngest solo male artist to top the Billboard 200 list since Stevie Wonder in 1963 when his album debuted at number one.

On November 1, 2011, Bieber released his second studio album, Under the Mistletoe. It reached the top of the charts in both Canada and the United States. It was the first Christmas album by a male singer to reach number one on the Billboard 200 in the United States.

“Mistletoe,” the main song, reached the top 10 in a number of countries. As the album's second single, Bieber collaborated with Mariah Carey on “All I Want for Christmas Is You (SuperFestive!)”. Billboard has selected the tunes among the 100 Greatest Holiday Songs of All Time.

Believe, Bieber's third studio album, was released on June 15, 2012. It reached number one in 16 countries and was certified 3x Platinum by the Recording Industry Association of America. “Boyfriend,” the album's lead track, achieved number one in Canada and number two in the United States.

Believe is also responsible for the top-ten singles “As Long as You Love Me” and “Beauty and a Beat,” both of which feature Big Sean and Nicki Minaj.

The songs charted at number six and five on the Billboard Hot 100 in the United States, respectively. At the age of 18, Bieber became the first and youngest artist in history to have five US number-one albums. Journals, Bieber's second compilation album, was published on December 23, 2013.

The singles “Heartbreaker,” “All That Matters,” and “Hold Tight” all charted in the top 40.

Between 2016 and 2019, Bieber worked on a variety of projects. He collaborated with M on Major Lazer's tune “Cold Water,” which debuted at number two on the US Billboard Hot 100 and went on to become an international hit.

He had an appearance on DJ Snake's record “Let Me Love You,” which reached number four on the Billboard Hot 100 in the United States and topped charts around the world. In 2017, Bieber collaborated on a remix of “Despacito” with Luis Fonsi and Daddy Yankee. The remix of “Despacito” became a worldwide hit, propelling the original version of the song to new heights.

Changes, Bieber's fifth studio album, was released on February 14, 2020. It debuted at number one on the Billboard 200 in the United States, selling 126,000 pure copies and a total of 231,000 equivalent album units.
“Yummy” and “Intentions,” the latter of which features Quavo, were two of the album's top five singles.

It also spawned “Forever,” a top-40 single featuring Post Malone and Clever. In the same year, Bieber released “Stuck with U,” a collaboration with Ariana Grande that debuted at number one on the Billboard Hot 100 in the United States.

The album spawned his seventh US number-one single, “Peaches,” which featured Daniel Caesar and Giveon and went on to become a worldwide hit. With the song's number-one debut, Bieber became the first male solo artist in history to have a single and an album launch at number one in the United States.

“Holy,” featuring Chance the Rapper, “Anyone,” and “Ghost” are among the album's top-10 singles. It also yielded top-20 hits like Benny Blanco's “Lonely” and “Hold On.” Later same year, Bieber released “Stay,” a duet with Kid Laroi that became an international hit and peaked at number one in 24 countries, including the United States, where it was his eighth number-one single.

Bieber collaborated with Wizkid on a remix of the latter's hit “Essence,” which featured Tems and reached number nine on the Billboard Hot 100 in the United States. He became the first male solo artist to spend 52 weeks in the top ten of the US Billboard Hot 100 on March 21, 2022.

“Peaches” was nominated for four Grammy Awards in 2022, and the song's singers—Justin Bieber, Daniel Caesar, and Giveon—performed the blockbuster single on stage in Las Vegas. Bieber began their performance with a solo piano rendition of the song. Watch it all unfold in the video below.

In March 2021, Bieber, Caesar, and Giveon published “Peaches.” The song appears on Justin Bieber's Justice, as well as the Grammy-nominated Justice Extended Edition (Triple Chucks Deluxe). “Peaches” was nominated for Record of the Year, Song of the Year, Best R&B Performance, and Best Music Video at the Grammys in 2022.

Justice (Triple Chucks Deluxe) by Justin Bieber was nominated for Album of the Year and Best Pop Vocal Album. Bieber went home empty-handed at the Grammy Awards in 2022.

It's easy to forget that Justin Bieber is still a youthful pop star after 10 very successful years in the industry.

He was the first YouTuber to go from rags to riches, found by his still-manager Scotter Braun and signed to Usher's record label, RBMG. R&B-tinged pop swiftly became his distinctive sound, with The-Dream, Darkchild, and Tricky Stewart among the world's top producers at the time.

What Do You Expect From Below Deck Mediterranean Season 6 ?

Why Thad Matta Bring Back as Head Coach To Bustler Basketball 2022?