Are you already a fan of Horizon zero dawn and at the same time waiting for its next game to launch? Or your best friend recommend you to play this game because it is too OP?

Then you are in the right place and at the right time my friend. 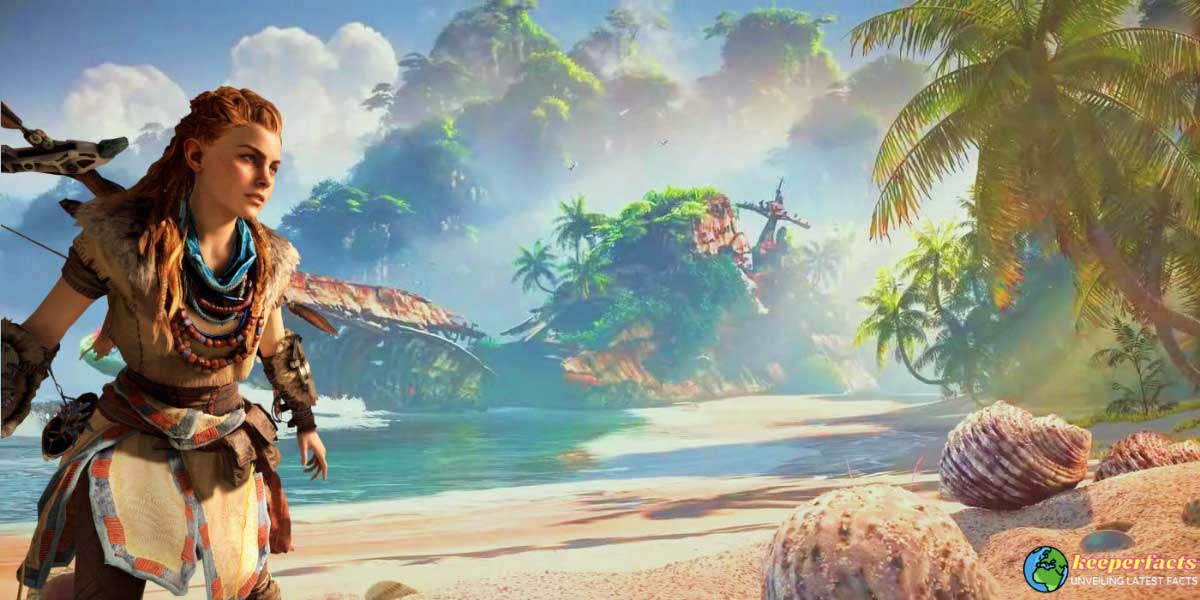 Recently Sony Interactive Entertainment releases a statement about their popular upcoming game Horizon forbidden west that is going to release in the year 2021. The long-awaited game has a lot of fanbase because of its amazing Game-play, graphics and story and it is definitely going to be amazing just like its trailer. The developers of the game is Guerrilla games and publisher is Sony Interactive Entertainment.

This game has a different level of hype among the players. In addition to this if you are looking for some action-role playing game you should play this game. I personally recommend this game to you.

Recently PlayStation has releases the announcement trailer video of Horizon Forbidden west on their YouTube channel and it go insanely hit. The views are 9.5 million and counting. Fans are excited about this amazing game.

You can check out the Trailer video

Some of the reaction of fans are:

The trailer reveals that we can expect the game to launch in the second half of 2021 for PlayStation 4 and PlayStation 5. But the company has not announced or confirmed any official date regarding the game.

So you have to wait a little bit 

The game Horizon Forbidden west is sequel of Horizon Zero dawn which is one the popular game among players which was released on 2017. You can guess the popularity of the game through YouTube  by checking out the trailer of the game. The video has more than 8.5 billion times. Also, the game has won several awards in its time. With this in mind the Developers thought of releasing its sequel.

The storyline of the Game

Everyone loves to hear the story so let me tell you one.

Introduction of the Main character:

The story start with a girl which you will control. A young girl, who we called Aloy. Let me clear you that she is the main protagonist of the game. The Higher Matriarchs of the Nora tribe have given her over to Rost, another outcast, to care for her. As time passes and Aloy grows older, she started to get hatred from her tribe member. They started to talk rubbish about her and sees her as disgust. Due to which she gets sad every time.

Now you will think about why anyone will speak rubbish and do this to the main character?

It is later revealed in the story that because Aloy have no mother and she is called as “motherless” that’s why her tribe member reacts this way.

Neither her mother was dead nor she left her, it was just like nobody has actually saw her in actual life. Meanwhile thinking of all this she started crying in a secret room. On the other hand the leaders of nora tribe decided that from now on they will outcast her from the birth and not to bless her. Poor girl!

But as there are bad person in this world similarly there are good one too. One of the Matriarch named Teersa consider the girl as a blessing. She always shows her love and affection towards Aloy. She thought the girl is sent for a reason to the planet and she is capable to save the lives of people.

Aloy encounter with the technology:

Furthermore, as you go ahead in the game, you will find yourself hiding from the bullies and while running from them this will be your first time to encounter with the outside world’s technology.

Meantime Aloy (you) finds a device named Focus which helped her to scan and learn about her surrounding area and outside world.

As you play game you’ll start to learn more about her and I don’t want to give you spoilers.

In the next part Horizon Forbidden west, the story of Aloy continues.

The Nora tribe finally accept her and sent her to hunt about a quest in a arcane frontier.She went their to find about a dangerous secret plague which is killing every one. During her journey, she came across with a undiscovered region filled with huge storm and occupied by dangerous enemy simultaneously. In order to win the game, You have to fight with them.

The upcoming Horizon forbidden west is an third-person action-role playing game just as previously stated in its prequel. The game is set for PlayStation 4 and PlayStation 5. As a player, you will control Aloy, who is a huntress in a world surrounded with enemies which are nothing but machines.

Let's throw some light on the game location which every one love.

Is Horizon Forbidden is a multiplayer game?

Rumours circulating around the internet about the Horizon forbidden west being multi-player game because of the recent job openings in the company of “Game server engineer” and the description regarding the job stated that the person has to work on “matchmaking, clans, leaderboards and tournament”. But nothing is officially confirmed by the company yet.
The thought of the game being a multi-player excites me!

Putting all it together and considering every single details regarding itz this game will definitely going to be a Hit and at the same time will give quite a good competition to other upcoming game.

The Benefits of Playing Arbitrage Betting

Which Games Provide the Most Realistic Simulators?