Are you ready to visit haunted Places and then Investigate such locations as Zak Bagans and his team do?

Sometimes you also see some places near your house or city where you are willing to go and investigate, but entry is not allowed there and you think if you have some powers then you can also do that?

But still you can experience that feeling by Watching Ghost Adventures American Paranormal Documentary on Travel Channel and now on Discovery+.

Let’s talk about what the series is based on and also know complete details about Season 20 of Ghost Adventures.

Created by Zak Bagans and Nick Groffs, Ghost Adventures is one of the longest American Reality TV series based on unscripted story or paranormal Documentary which was first Premiered on October 17, 2008 on Travel Channel and now it is streaming on Discovery+.

Also Read Descendants of the Sun Season 2 : Will the Season 2 Come, Know Everything About It?

In this series Places which are reported as haunted are investigated by ghost hunters like Zak Bagans, Nick Groff and their other members.

No. Of Episodes and Its Details

Zak and his Visit Small California town to investigate, where many local people believe that some Evil Powers exist there and these powers are responsible for Deaths. And also people of that area told them that to save their lives an Exorcism may be done.

In this they travel to Cleveland to visit and investigate a residence in Ohio which is known to be the most Haunted.

People living there believe that this mansion is curse and many deaths are occured their because whispers of murders and suicide are heard to them coming out from this mansion.

In this episode they travel to investigate dark spirits in Virginia City, Nevada haunting a history Brewery.

Zak and his team visit Sacramento, California in the Antelope Valley where a family is facing a demonic entity and the only way to save them according to Zak is Exorcism is done to save their lives.

Zak and the crew visit Aaron’s Father- Don’s house to investigate some paranormal activities which are noticed by Don in his Las Vegas home.

These terrifying activities left Don Scared for his life when he tells he saw a little girl and a witch.

In this they uncover compelling evidence which suggests there is a Shaman’s curse in that ancient plot of land in West Haven, Utah.

There are Claims that demons’ activities are seen in Las Vegas tiki bar so Zak and his team investigate the claims.

It is to be believed by the Bar Staff that shooting was done in this property in 1995 which is responsible for all the activities seen to them like a ghost girl, moving objects and flying shadow figures.

In this the Suicide table is believed to be responsible for all the activities, where staff are being violently attacked by an entity in their Saloon in Virginia City, Nevada.

9. Industrial District of the Damned

In Salt Lake City’s Industrial district, Local business owners claim that some Paranormal activities of a dark ritual are noticed in a 120 years old building in the basement.

They visit to investigate the most famous one of the bridges of the world, where paranormal energy washes out the massive structure and it is believed that these energies are responsible for all deaths that occurred here.

They visit Ontario, California in a century old farm where paranormal activity is seen by the vicious entity known to be The Creeper.

12. Bloodshed in the Bordello

In this episode they visit former bordello in Globe, Arizona to investigate sinful behaviour seen in the early time and still this historic building is believed to be surrounded by the dark energies.

Where to Watch Ghost Adventures Season 20

You can stream online or download the Ghost Adventures Season 20 from the given apps.

You can watch season 20 of Ghost Adventures on 123movies in HD Quality for free.

Ghost Adventures is a Reality Tv show in which the creator and his crew travel to different locations in the world which are reported to be haunted.

This is the longest running season in Tv shows and you can also watch Previous Season of Ghost Adventures if you have not watched it till now. 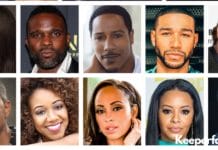 Natalie - 09/07/2021 0
Last week, We have seen #Savemanifest trending on the internet, and while many people can’t understand it why? The fans of Manifest know! The...