Five Must Watch New Patriotic Films to Watch in 2021

Bollywood is always has been at the 1st position than any other industry when it comes to patriotism. The Industry has been pumping patriotism excessive amount in the citizens of Indian from Sunny Paji’s  “Border” to Vicky Kaushal's “Uri: The Surgical Strike”.

As our country is celebrating its 74th Independence Day, here are five upcoming movies about Patriotism that are set to release probably watch in the coming months.

Kangana Ranaut will be seen playing the role of an Air Force Pilot in the upcoming film named Tejas and is directed by Sarvesh Mewara and produced by Ronnie Screwvala.

India is the first country where women were conducted to its defense by introducing into their combat roles by Indian Air Force in 2016.

The movie Tejas is believed to be inspired by this event. 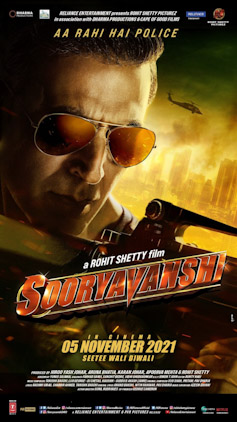 Akshay Kumar has been doing many patriotic movies for recent 4-5 years such as Holiday, Baby, Airlift.

Now he can be seen eliminating terrorists as an intelligent police officer in Rohit Shetty’s next film ‘Sooryavanshi'.

The writer and producer of the movie are Karan Johar. As from the recent pictures posting in social media by the director, we can say, Katrina Kaif, Ajay Devgan, and Ranveer can also be seen in the movie.

But the shooting has been closed because of sudden shutting down movie theatres due to Covid-19.

John Abraham who made an excellent performance in his previous films ‘Satyamev Jayate' and ‘Batla House, he is now all set for his upcoming movie ‘Attack ‘ which will be directed by Lakshya Raj.

This movie is based on a true event where the country has passing through a harsh hostage situation. We will also see Jacqueline Fernandez and Rakul Preet in this movie.

The film was set to release on 14th August but it has been rescheduled due to Covid-19.

Vicky Kaushal who is winning many hearts of females for his looks and charisma, after increasing everyone’s josh in ‘Uri: The Surgical Strike' now he will play a lead role in his upcoming film which is based on India's victory against Pakistan in the 1971 war.

The director of the movie  Manekshaw said the movie will release in theatre in 2021.

This movie is based on a real-life hero and former Indian Air Force Chief BS Dhanoa.

The name of the movie is announced by director Kushal Srivastava and producer Rashmi Sharma is ‘Golden Arrow'.

However, the leadership roles are yet to be announced.

After 41 years of fearsome service to the nation, the former IAF Chief Dhanoa retired on September 30, 2019.

He played a very vital role in front-line ground attacker squadron, he led IAF against Pakistan to weak their defense in the Kargil region.

Are you excited about these movies too? Then for the regular updates keep following us so that you get to know more events about your favorite upcoming movies.