Family Guy Season 20: Catch the Latest Episodes of Animated Series With Us! 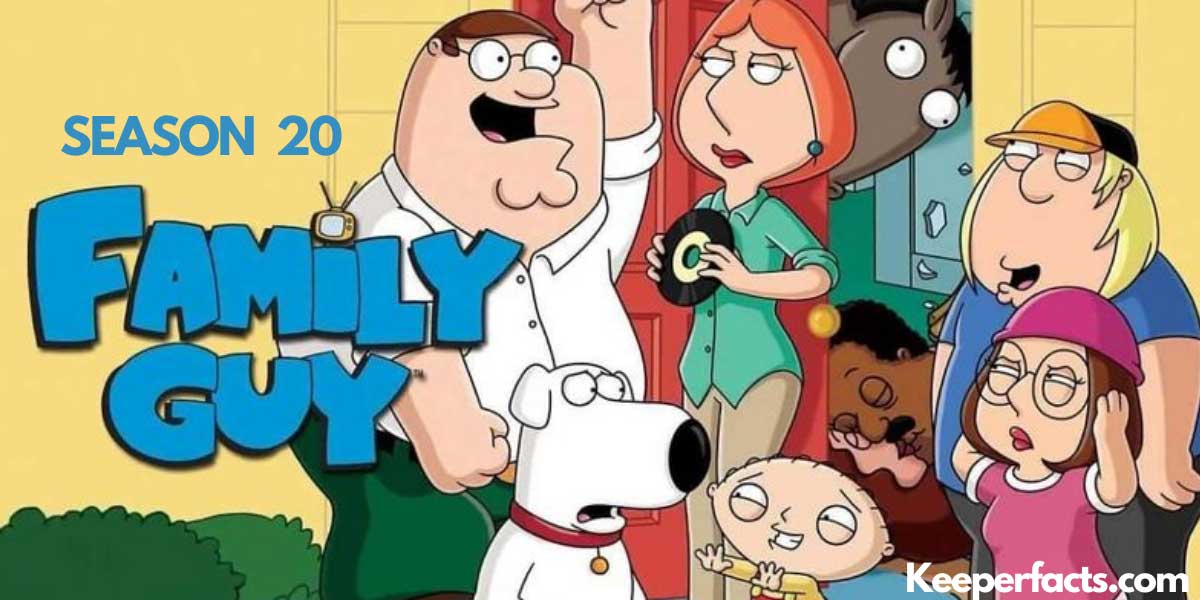 The Griffins are back with the new season 20 and amazing episodes. The first episode came in September 2021. Want to know what is new in this season 20?

What twists and turns can you see in this Griffins family? Let’s move further to know about Family Guy Series and its season 20 release date, cast, episodes, trailer, watch and many more.

Family Guy is an Animated tv series which is loved by many people and that’s why it is running for 20th season. Seth MacFarlane created the series and this show is announced for next season and also ensured by them that the series would live another 2 years.

It roughly means there are more seasons of Family Guy after season 20 to watch in future.

It is the story of a middle class family and their dog who are carefree and uncontrollable with emotions. The characters live in the fictional city of Quahog and the story is of dark humor.

If you came here to read season 20 then I guess that you already have streamed its season 1-19 which is available on Hulu and Fox. And if not then you can watch and enjoy its entire season by taking a subscription on Hulu or on other platforms to watch the complete series.

I Know this is your favourite place and you want to know when the Family guy came or will come and how many episodes are there in the new season, what is the first episode about and many more. Family Guy Season 20 already came on September 26, 2021 on Fox at 9 p.m. ET and its first episode is “Lasik Instinct”.

Have you still remembered the fearless warrior and the leader of Alkenny in See Season? Read More: See Season 2 Release Date: Ready to Watch This Sci-fiction Drama On!

No. of Episodes in Family Guy Season 20

At the time of writing, total episodes of this Family Guy season is not confirmed but we know about title of first-four episodes and these are-

Cast and Their Characters of Family Guy Season 20

These are the cast and their characters voiced by them-

On Which Channel Family Guy Season 20 is Streaming?

It is available on Fox, and you can find this channel by different channel finders like Dish, DirecTV, Verizon Fios and Many More.

Other Than Fox Channel Where Can I Watch This Animated Series?

You can stream this American cartoon series on the streaming platforms like FuboTV which offers you movies, tv shows and many more to watch and you can also try Hulu + Live Tv for a free by taking its 7 day free trial. If you love this show then you can also take its subscription to watch all seasons of Family Guy.

Family Guy Series got 8.1 IMDB ratings out of 10 with continuous increase in popularity of this show and its first episode of season 20 is given 6.9 ratings with a top rated episode 1 of season 8.

There are 694 user reviews to this series and most of the reviews are positive.

After the end of season 5 of Rick and Morty all fans and audience wanted new season of this popular sci-fi cartoon to return.  Read More: Rick And Morty Season 6: Rick and Morty New Season is Coming Out in 2022?

Is Family Guy Season 20 on Disneyplus?

No, it is not available on Disney plus but you can watch it on Fox.

Is the Family Guy Series Worth Watching?

Yes, it is one of the funniest shows and easiest way to laugh out loud and the favorite comedy animated tv series of all time.

Family Guy season 20 already aired on Fox channel and stick to tv to watch its episode no 2 which will premiere on October 3.

Watch many other animated tv series on keeperfacts and I hope you will definitely like them.

What Lies Below: Plot | Sequel | Ending Twist – Everything We Know

Is There An After Life Season 3? Listed Below All The Information You Might Be…

Tin Star Season 3 Is Final Instalment of The Tin Series| Know How The Show Ends!

Anne With An E Season 4: Can We Expect More Seasons of Anne? All Updates