Dublin Murders is a Phycological crime thriller streamed on BBC, Starz, and RTE. It is based on crime thrillers books written by Tana French. Though there are six books in her Dublin Murder Squad series, the first season is based on just two books named ‘In the Woods’ and ‘The Likeness. Produced by Euston Films, the series prove to be a tentpole. It was premiered at BBC from 14 October 2019 to 5 November 2019 and at Starz from 10 November 2019 to 19 December 2019.

The series left the fans at the cliffhanger. Now the fans are desperately waiting for the second installment to get the unanswered questions. Below are all the updates regarding season 2. If you didn’t watched first season of this series then do watch it on its official site STARZ.

The Expected Cast of Dublin Murders Season 2. Who Will Be in It? 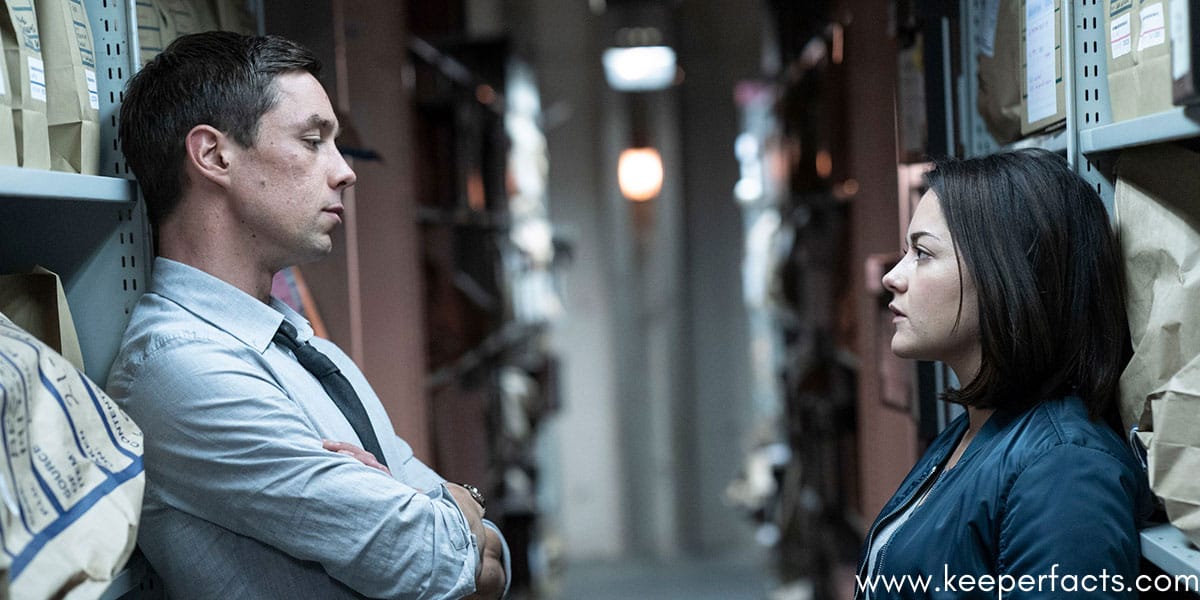 The cast of the series is not officially announced yet. However, we may likely see few characters from the earlier season.

We cannot imagine the series without the protagonist, our most talented detectives. So, both Rob Reilly played by Killian Scott, and Cassie Maddox played by Sarah Greene, will return for sure.

We may see the other supporting cast which includes- Moe Dunford as Sam, Lean McNamara as Rosalind, Tom Vaughan – Lawlor as Frank, Conleth Hill as O Kelly, and Peter McDonald as Jonathan.

Read more: Power Season 7 – Can We Accept Another Season?

Release Date of Dublin Murders Season 2. When Will it air?

“The audience grew from the beginning to the end of the series, which for us is always a great indicator of success,” he said. “We’re currently in talks about more seasons. There’s a couple more books that we’re looking at right now, we’re trying to figure out what that looks like right now. We’ll hopefully continue to have good conversations.“

So don’t expect it to release anytime sooner. We can say that it will arrive somewhere in 2022.

The Plot of Dublin Murders Season 2? What to Expect from it?

Showrunners have not lifted the curtain from the story so far. So let’s peep into season 1 to know what could happen in Season 2.

We saw Rob and Cassie investigating the murder of a young girl, Katty in the Outskirts of Dublin. During the investigation, Rob had a horrible reminiscence of his childhood. In 1985, Rob( Adam his childhood name), and his two friends, Peter and Jamie, lost in the woods, and only he was found among them. The mystery of their disappearance was never been solved.

Later they found in an investigation that Damien has killed Katy for Katy’s older sister Rosalind. She confessed that she killed her sister to get the attention of her parents. She also disclosed the real identity of his seniors. Consequently, he has to left Dublin.

Before leaving, he met kitty’s father. He told him that he and his two friends Shane and Cathal chase him and his friends to the woods. However, they only found Adam and not his two friends. Later Shane smashed his head in wood and Cathal disappeared.

The confession of Katty’s father raised various questions in the fan’s mind. Why Shane smashed his head in the woods? What happened to Peter and Jamie? How was Adam saved in 1985? In the end, we also see that Frank saw the wolf in the woods, which haunts Rob in his dream. Does this mean the wolf killed Peter and Jamie?

Hopefully, season 2 will give all the answers.

Is There Any Trailer Available for Dublin Murders Season 2?

No, the showrunners have not started with the second season so far, so you have to wait for more for the trailer. We will update here when the trailer arrives.

What is the IMDB Rating of Dublin Murders Season 2?

The series got a good response from the critics, immense love from the fans. It got a pretty decent score of 7.2 out of 10.

Where can we watch Dublin Murders Season 2?

You can watch the series on Starz in the US and on iPlayer in the UK. You can also watch it on Starz and BBC through amazon prime video.

What happened to Peter and Jamie?

In the end, Frank kicked one stone which mentioned The Erl-King. It is the title of a poem. The poem shows a supernatural being, Elf King killed a child. Does this mean Peter and Jamie killed by some supernatural force? Well, this is one possibility.

The showrunners tried to merge the stories of two books, hence the series shows the two investigations parallelly. Except for few things, the series is a great thriller to watch.

The series failed to maintain the pace. There is an unnecessary stretching of the story at few places. The investigation also lacked the reality element. Corps often showed to lose their temper which is not true in the real investigation.

Otherwise, the series is good. It is full of mystery, action, and emotions. If you are a fan of crime thriller do give it a try.

Do let me know what do you think about the series.

Keeperfacts Team - 26/02/2021 0
Kakuriyo no yadomeshi (Kakuriyo: Bed & Breakfast for Spirits) is a fantasy, romantic-comedy anime tv series. The series is based on the light novel...

The Resident Season 4: Is The Show Cancelled? Latest News And...