Chosen Netflix Ending: What Happened at The End of The Chosen?

Created by Jannik Tai Mosholt and Christian Potalivo, The series combines teen drama with sci-fi. The narrative takes place in a fictional Danish town called Middelbo, where a meteor hit 17 years ago, boosting its popularity. Emma is an adolescent who cannot fit into the town’s ways. She is the main figure who discovers buried mysteries. Its attempt to combine the finest of both worlds confuses the plot and leaves too many open ends.

What Is The Plot Of ‘Chosen’?

A meteor impacted Middelbo, a tiny village, right near Hussain’s grocery. Hussain used the occasion to start the Meteor Museum. Initially, visitors flocked from far and wide to see the unusual phenomenon, but it quickly became a school vacation destination. Emma was a museum tour guide. A schoolkid mishandled the meteor, shattering it, under her supervision.

To touch a meteor would not cause it to shatter. It was hard to imagine her village and its people when she was told to be quiet. She found a group of adolescents who shared her worries and were deeply investigating the meteor incident. Their theory was that a spacecraft crashed 17 years ago, not a meteor. They were certain that extraterrestrials lived in their community and sought to prove it.

“Chosen” aims to strike a balance between extraterrestrial invasion and teen drama. The youthful actors gives it their all, but key plots are left unexplained, leaving too many gaps in the tale. The story initially focused on Hussain and his quick rise to fame and fortune, but the character was forgotten. The Chosen ending didn’t explain how the aliens and humans, including Hussain, got along. 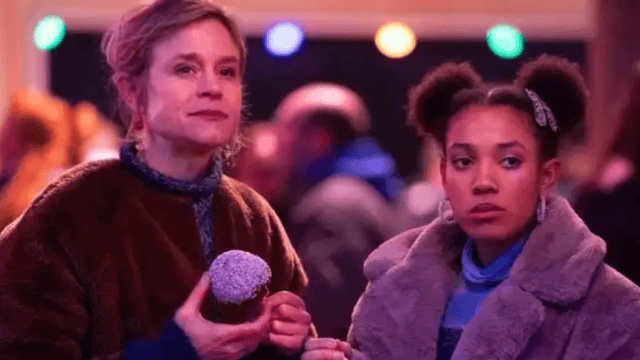 Who Implanted Hans in Emma?

Mads’ teen gang managed the town’s residents. They spied on those near the spacecraft landing. Marie and Emma once watched Susan, Emma’s favorite doctor. They overheard Susan and Hans, their biology instructor, talking. They believed the two were romantically linked.

Hans invited Emma to his apartment the next day in class. Emma dreaded the notion, but the group urged her to go see him and install a device on his computer to extract data. Emma arrived as Hans was on his phone. Emma investigated his place for proof. She sensed something strange going on in his basement, despite its appearance. Hans hung up the phone and requested Emma to go. In his words, he understood Emma’s feelings. Fearful of his comments, Emma left. Emma returned the next day, accompanied by Marie and Frederik. Emma entered Hans’ flat to collect evidence.

Marie and Frederik trailed Hans. Hans met Susan and they argued over something vague. Marie tried to contact Emma as Hans departed and got into his car, but she had left her phone in the car. Marie raced to aid Emma, panicked.

Hans found Emma trying to go into the basement and brought her inside. A unknown person assaulted Hans while he held Emma. The person moved quickly. Hans hit the man after grabbing him, knocking him out. Hans dragged Emma’s corpse down. The basement had neon lights and fungi-like growth on the floor. Hans implanted an extraterrestrial gadget in Emma that took her out of time and space.

Hans opted to kill himself after planting the device, knowing that a strange figure would pursue him. The space warrior entered the room and spotted Hans’ body and Emma. Emma’s lips were gushing blood following her fight with Hans. The warrior lets Emma go after witnessing her blood.

Emma saw Hans’ unusual luminous blood. Clearly, he was not human. It distinguished aliens from humans. Emma eventually removed the gadget and determined that it created a signal by reacting to her blood. This tracking gadget may assist one approach the alien species’ vessel, Lucas, the alien fighter, stated. So why would Hans give Emma a gadget to track their spaceship? The secret slowly unravels in the Chosen ending.

Mads couldn’t comprehend what Emma saw. He admired her for her knowledge. This caused a rift in the organization. Emma wished to understand more about the extraterrestrial species and thought she was more than just a gadget carrier. Aliens who came to Earth 17 years ago to eliminate extraterrestrial terrorists contacted her. Emma trusted Lucas since he had already explained himself to her. Lucas supposedly lost his planet to a terror group known for manipulating people, and he wished to spare Earth from the same fate.

Emma and Lucas had a special bond. He got information from her and then killed the aliens. Emma went to Susan’s room to collect information. She found extraterrestrial blood samples. Susan led Lucas and Emma. They saw her talking to Emma’s mother. This surprised Emma. She chose solitude. She rechecked the blood samples and noticed her mother’s name.

The ‘Chosen’ Ending — Was Emma An Alien?

In the chosen ending Emma confronted her mum in a café. Emma told Lucas about her mother. He warned her not to be misled. Instead of her mother, Emma sat opposite from another guy she had seen near the alien vessel. Emma attempted to scream, but the people surrounding her couldn’t hear her. He revealed what happened 17 years ago. In the chosen ending they came from a world where war was raging. Fearing for their life, they fled to find a world with similar inhabitants. They found Earth and chose to hide there. Sadly, their spacecraft caught fire and plummeted towards Earth.

Emma was therefore a foreigner. It was like seeing her glowing blood. She grew up believing her mother’s prescriptions were for her mental health. She noticed that the drugs helped generate the blood’s crimson hue. Her world’s inhabitants told her to get to the spacecraft. To tell Earth’s aliens that the conflict with their planet had ended in the chosen ending.

Also Read: Yuri on Ice Season 2: Release Date and What Can We Expect From ‘Yuri On Ice’ Season 2?

In the Chosen ending, Emma returned home to discover her mother dead on the floor. Lucas assumed Emma was a member of the same group and tried to assassinate her, but she resisted. She hurried away from Lucas to discover the spacecraft and her community. In the Chosen ending, Lucas slaughtered her crew and the vessel disintegrated. They told Emma before they died to go as far as she could to find additional survivors. In the Chosen ending it finished with Emma visualizing her planet, her last destination.

They have undoubtedly created images through which she discovered how Lucas was killing her people and maybe the reason for the spaceship’s demise. The Chosen ending explores Emma’s sense of belonging and how she felt out of place in this world. The blood sample she had in the Chosen ending in her palm was her own, but it was labeled under her mother’s name.

In the chosen ending, the past of the aliens and mankind is unclear, as is the aliens’ illusionary universe. Also, the character of Lucas is true. You could doubt Emma’s intellect, after all, having seen so many momentous events yet never bothered to photograph them in the chosen ending. The audio track or maybe the visual fear may remind you of Stranger Things. The chosen ending makes it a fun show that deserves a second season.

‘Chosen’ is a Netflix Original Danish Science Fiction Series from 2022.

Brad Pitt Net Worth: Is Brad Pitt With Jennifer Aniston?

Nozaki-Kun Season 2: Will There Be A Season 2 of Nozaki Kun Monthly Girls?

Senior Year Release Date: Who Is the Star Cast in Senior Year?