Black Adam Review: Will It Eventually Face Off Against Superman? 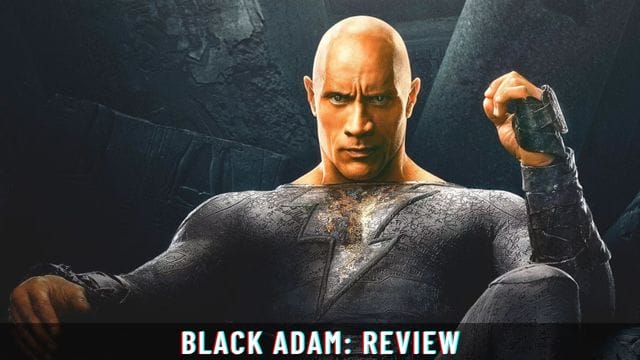 Black Adam is one of the most recent action/fantasy films that was released on October 20, 2022. It was expected to be at the top of the DC Universe's ladder of power, but it failed to satisfy the high expectations of people around the world.

According to sources, Dwayne Johnson plays the key iconic role in the film, and he is landing poorly. However, despite its limitations, Dwayne Johnson is one of the amazingly gifted actor's films that is worth viewing once.

DC's origin tale involves a thrilling super-violent anti-hero, but this film struggles to find the answers in its long line of nonstop action series. The entire film and the manner its plots unfolded gave the impression that it was made several years or perhaps decades ago. This film predates the emergence of superhero films in the genre.

Numerous fluorescent light effects and the subsequent action sequences are extremely captivating. When viewed from a global perspective, Black Adam frizzles out far too different. However, we cannot conclude that seeing this film was a negative experience; there are a few redeeming qualities, and it is worth a single viewing.

Who are the Characters in Black Adam?

Hawkman is a Punching bag in Black Adam

The main character is a Justice Society member. Hawkman, portrayed by Aldis Hodge, would vigorously resist Black Adam's harsh methods. Hodge's Hawkman character is criminally and irrefutably undeveloped. As is well-known, Hawkman's origins in countless comics are notoriously obscure, therefore it is only reasonable that the creators of the film did not devote a great deal of attention to this aspect.

In this film, Black Adam is the antagonist, and Hawkam serves as a physical punching bag. In both a figurative and literal sense, Hawkman becomes the punching bag. In the majority of sequences in the film, he is kicked off his bird.

In addition, Hawkman tries furiously to convince Black Adam to behave and follow the rules of a conventional hero. So, in the film, the diverse roles he plays have accidentally made Hawkman a hypocrite, and he has no explanation when hordes of people from the war-torn country interrogate him.

Black Adam, directed by Jaume Collet Serra, is too much to stomach, and it feels underdeveloped with so many unnecessary moments. This film is only worth viewing once because it contains too much information.

As the trailer suggested, the action fantasy drama was anticipated to be a major hit on the DC hierarchy of powers. The plot of the film centers around the four members of the Justice Society and, as usual, a villain they must avoid and battle. This is a banal and trivial plot for a modern action thriller, as it is so antiquated.

Multiple action sequences bombarded the viewer with an excessive amount of activity. Everyone enjoys action sense because it stimulates our sensory organs and frequently induces goosebumps. But here, when we were shown the action sequences, it was visually pleasing to a degree, but after that, it became tedious and mundane.

As part of my Black Adam review, I assert that there is nothing wrong with a superhero film that contains captivating and dazzling sequences. The majority of superhero films are driven by action, and as cliche, as it may sound, the hero is generally endowed with superman-like qualities.

In this film, however, the same type of action is repeated, as Black Adam frequently participates in combats with those that may be easily killed. It would be preferable if a foe who could withstand Black Adam for a considerable amount of time could significantly enrich the thoughts of the audience by introducing action-packed moments.

In this film, however, his adversaries are quickly dispatched, therefore it would be extremely advantageous if he could confront an adversary who is more difficult to dispatch in the first half.

As the Black Adam Review states, consumers would expect more from a film centered on DC characters. If the film fails to satisfy audience expectations, there is no way to make amends. Black Adam is a good movie for a one-time viewing, but the experience it provided will never stick in our memories, and we will never be able to take anything with us after viewing it.

Who is Heather Langenkamp? Know About Dr. Georgina Stanton From the ‘Midnight Club’