Baka and Test, also known as Baka to Test to Shoukanjuu, is an anime adaptation of the same-named light novel. The author of the series is Kenji Inoue (Grand Blue), and Yui Haga is the illustrator. In 2007, Enterbrain published the light novel in a total of 18 volumes. Additionally, they published three manga adaptations under Famitsu Comic Clear and Shounen Ace.

The series was turned into anime by Silver Link (Our Last Crusade or the Rise of a New World & The Ones Within) in 2010. The first season aired from January 7 to March 31, with a total of thirteen episodes. Then, in 2011, we received another season with 13 episodes. The title of the sequel is Baka to Test to Shoukanjuu Ni. 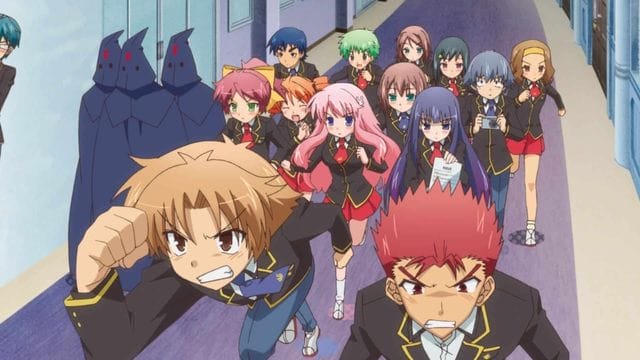 Some may claim that two seasons are plenty, yet fans of the series feel otherwise. So, will there be a second season? Or Baka and Test Season 3 will never air? Here is all the information we have about the series.

Will there be Baka and Test Season 3?

We won't rule anything out just yet, but there are several issues that require discussion. As with every other series we have ever discussed, we must first examine the original material. The light novel concluded with 18 volumes in 2015. The primary plot is contained in 12 volumes, while the remaining volumes contain side stories.

You May Like:- Nisekoi Season 3 Release Date: Plot, Cast | Everything You Need To Know!

Some sources claim that most of the books were adapted for the anime, but is this true? Prior to the beginning of the second season, eleven volumes of the series have already been published. However, following the conclusion of the second season, Kenji Inoue published five further books. Five volumes may seem insufficient, but we believe that Baka and Test Season 3 adequately cover the subject matter.

A Reddit member identified similarities between the anime and the light novel. The user asserts that the majority of the first season's episodes were anime originals. However, the second season, which adapted the works up to volume 7,5, was different. So, there you have it, the ray of hope for Baka and the third Test Season.

Obviously, there has been no official news regarding the release date of Baka and Test Season 3. We have already informed you of the good news, therefore it is now time to deliver the bad.

Ten years is quite a long time for a series to have a new season. The probability is not zero, but it is extremely remote. Therefore, unless a miracle occurs and Silver Link retakes the project in the future, it is unlikely that a third season would be produced. We can only hope it receives the same treatment as Full Metal Panic, which received its third season more than a decade after the conclusion of its second season. The release date is yet to be announced.

The Plot of Baka and Test Season 3

The narrative follows Akihisa Yoshii, a student with a reputation for academic incompetence. He attends Fumizuki Academy, a distinctive institution that divides its students according to their academic performance. The greater your result on an examination, the higher your class, and the better your perks. In Akihisa's situation, as you may have guessed, he is placed in Class F, the lowest and worst class.

Akihisa, dissatisfied with his study environment, attempts to advance to a higher level with the assistance of his classmates. To attain his objective, he must nonetheless pass the Examinations Summon Battle examination at Fumizuki Academy. In this particular test, the student is able to conjure a fantasy character whose abilities are based on their overall test performance. This is the beginning of Akihisa and Class F's struggle to reach the top.

The Baka and Test Season 3 Cast

Akihisa chose Himeji as his love interest, while Minami remained indifferent to his decision. The ultimate Baka and Test ending occurred to provide a chuckle at the conclusion of the series.

Darius Campbell Net Worth 2022: What is the Cause of Death of the Singer?

Troy Landry Net Worth 2022: How Much the Alligator Hunter Earns From ‘swamp People’?

And Just Like That Season 2 Cast: Who is Returning in the Show?

How to Choose the Perfect Gift for Mom: Lets Figure Out How…

Who is the Queen of Vaping?: Why Its Gonna Trend on Tic…