Everyone has been a significant fan of the Fast & Furious franchise, and it’s been entertaining us from 2001. It’s an almost two-decades-old franchise. If you are paying attention to the news, you must have heard about Fast & Furious 9 cast.

Firstly, if you are living under the rock, let us tell you that there’s a ninth movie coming up from the series. And everyone is discussing the Fast & Furious 9 cast – both for playing antagonists and protagonists.

If you are here for knowing the latest updates on Fast & Furious 9 cast, plot, trailer and other details, we are going to give you all.  Since it’s the ninth installment from the franchise, we hope from the makers to do justice to it instead of ruining it with lousy work.

The movie Fast & Furious 9 aka F9 is the ninth movie from the series. Last year, in July, the first spin-off movie based on the franchise, Fast & Furious Presents: Hobbs & Shaw, was released in the theatres.

In Hobbs and Shaw, you can watch the characters Luke Hobbs(Dwayne Johnson) and Deckard Shaw(Jason Statham) on their comical action-adventure.

The entire franchise has grossed over $5 billion since the first movie was made. The production of all the film was slightly north of $1 billion. If you want to get into details, here is the breakdown from Wikipedia:

The movie franchise has allowed various brilliant artists to showcase their talent. From Gal Gadot to Charlize Theron, and from The Rock(Dwayne Johnson) to Jason Statham. Each one has played their part to give a full dose of entertainment, emotion and action.

Except for the recent spin-off Hobbs and Shaw, the entire story of the series revolves around our protagonist Dominic Toretto aka Dom, who is played by Vin Diesel, and his crew. 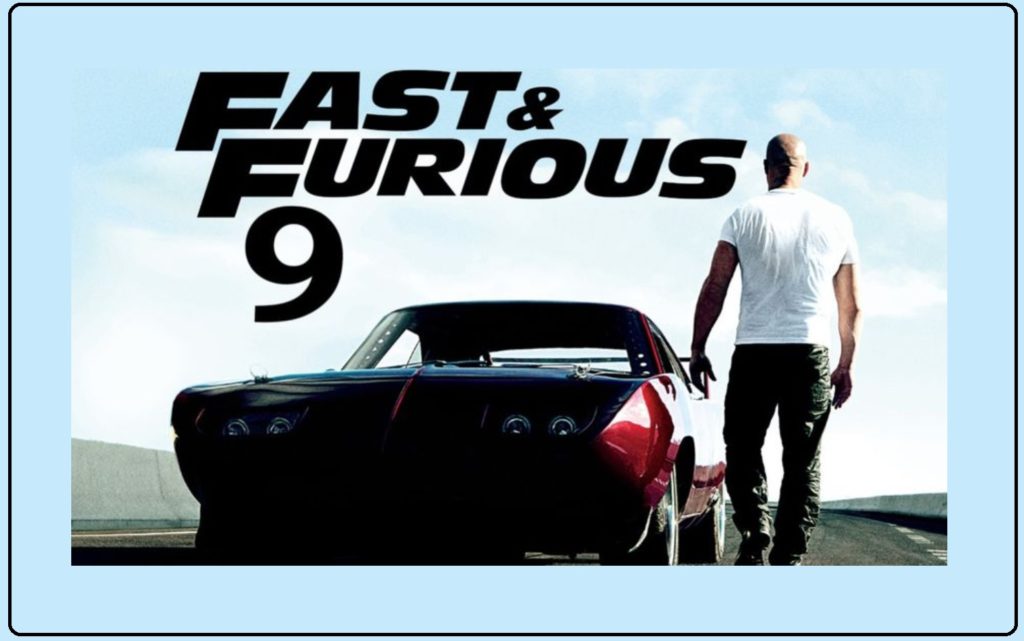 The last movie from the series was The Fate of the Furious that was released in 2017. The studio has decided to delay the releasing of F9, and it will not hit the Big Screen anytime before 2021. We have to wait for a year.

Right after The Fate of the Furious was released in 2017, the producers declared the date April 19, 2019, for releasing F9. However, it was put on hold. Instead of F9, Hobbs and Shaw were released in July 2019.

The release date of F9 was finalized as of May 22, 2020, but a few months back the COVID – 19 pandemic broke out, and everything was stalled. To avoid the risks and losses, the producers have shifted the launch date further by a year. The movie will be released on April 2, 2021.

Everyone is excited about knowing who will be in this project and who will not. We want to let you know one biggest news about Fast and Furious 9 cast: The Rock/Dwayne Johnson isn’t going to return as Luke Hobbs in the mainline Fast and Furious series.

Instead, he will be working on the Hobbs and Shaw franchise, which is going to release the next movie in the future.

We all know about the Vin Diesel and Rock feud that came out in the news during the making of The Fate of the Furious. They barely had any scenes together.

It would be better if they keep working on their respective franchises. Since Hobbs and Shaw received a fantastic response from the audience, it was made with a massive budget of $200 million and grossed $760 million worldwide. We don’t see any reason to abandon future sequels.

In the new instalment, John Cena is going to be the new member. He will be playing Jakob Toretto, the younger brother of Dominic in it. Along with John Cena, we see new faces like Michael Rooker, Finn Cole, Vinnie Bennett, Cardi B in the movie.

F9: Updates on the Plot

Everyone wants the hints of the plot of the next movie. Although the details of the new plot are vague, we think it will most likely come back with the rivalry between Dom and Cipher(played by Theron).

With the exit of Dwayne and entry of Cena, it will be interesting to see Dom fighting against Jakob, who will join Cipher as an ally.

Everyone assumed that Han Lue is dead, but he is surprisingly making a comeback. It’s good news. However, we will update you if we get details of the confirmed plot.

F9: Trailer and other Updates

The official trailer of the F9 movie was released in January 2020. If you are waiting for the new trailer, you will have to wait for the next few months at least. We are still not sure whether the film will release on the currently stated release date.

The makers have planned the Fast & Furious 10 movie to be the end of the entire franchise. It wouldn’t be wrong to assume that the plot and storyline of the F9 is written keeping the story of F10 in mind. It will lay a foundation for the last movie.

However, we are hopeful that even after the final movie, the makers will turn towards spin-off movies like Hobbs and Shaw. In a nutshell, also if the ninth film releases on time, we aren’t going to get the last film anytime before 2022.

As we said above, Hobbs and Shaw will be back with a new sequel. You can enjoy that. We hope to see a new villain and adventure in it. Last time, Idris Elba brilliantly played the antagonist. He certainly has raised the bar for the actor who will play a new villain.

We have told you about the new members in the Fast & Furious 9 cast. We hope that you are now excited to see spicy action and adventures in the upcoming movie. Okay, we know that wait is unfair and tiresome, but it’s worth waiting for it in the end.

If we get more details, we will keep posting them here. If you enjoyed this article, why not share it with all? Keep in touch and stay safe. Drop the comments if you have any doubts, we will try to cover them in the next writeup.

Eagerly Waiting To See Season 7 Spicy Character of Viking ,Is It Cancelled Or Not ?

Is Cloverfield Getting the Direct Sequel After 13 Years of This Original Monster Movie?

Lego Star Wars: The Skywalker Saga- The Game You Like Always

Keeperfacts Team - 18/01/2021 0
If you love playing Lego games there is a treat coming for you called as “Lego Star Wars: the Skywalker Saga”. Lego Star War...

Tips for Students: How to become a web designer