10 Most Popular Korean Dramas of All Time Popular Among the People!

Korean dramas are not only addicting, but they are also growing in popularity among millennials and Generation Z. These programs, with a strong plot and outstanding representation of characters in a few episodes, may be readily enjoyed from the comfort of your own home.

And when dramas like Crash Landing on You or Squid Game are appreciated throughout the world, with romance and action fans frequently binge-watching the series many times, you know viewership is on the upswing.

We've included some of the most popular Korean shows that you can watch right now. They are listed based on Nielsen Korea's top rating report from May 2022. While they were shown on famous stations like JTBC, tvN, and TV Chosun, you can also discover some of them on streaming services such as Netflix.

Check out Most Popular Korean Dramas

A modern-day chef, Jang Bong-Hwan (Choi Jin-hyuk), works at the President's Blue House. He is taken to the Joseon era one day, when his spirit becomes stuck in the body of Queen Kim So Yong (Hye-Sun Shin).

Jang is yearning to return home but finds himself caught up in royal-related affairs. He meets King Cheoljong (Kim Jung-hyun), a compassionate but mysterious monarch, and Queen Sunwon (Bae Jong-ok), the kingdom's ruler.

Following the success of After School 2017, Seol In-ah and Kim Jung-hyun have reunited in this comedy series, Mr. Queen, which is also reported to be a remake of Go Princess Go (2015).

Following its airing in 2021, the second season of the Yoo Jeong-Joon and Lee Seung-Hoon-directed Korean drama Love (ft. Marriage & Divorce) quickly rose to the top of the genre.

Three professional women who work on a radio show are married, but their so-called blissful marriages are troubled by lies and adultery. What happens next is how they attempt to mend their partnership.

This outstanding drama, which was also directed by Eung-bok Lee, centers on a young boy called Eugene Choi (Lee Byung-hun), also known as Mr. Sunshine, who flees to the US during 1871 Shinmiyangyo (US expedition to Korea), after a sad incident in Joseon.

Upon his return, Go Ae Shin, the daughter of an aristocracy, falls in love with him as a US Marine Corps lieutenant (Kim Tae-ri). Following Choi's discovery of a foreign power's plan to colonize Korea and write history, a number of things happen.

Yoo Yeon-Seok and Yo-Han Byun, who play the parts of Goo Dong Mae and Kim Hui Seong, respectively, are also included in the cast. Jihyeon Jeong and Young-woo Jang collaborated on the series' direction.

This fantasy-romance film centers on a contemporary goblin named Kim Shin (Gong Yoo), who in a previous life served as a distinguished commander in the Goryeo Dynasty. While engaged in combat, he is falsely accused of being a traitor and murdered by his envious lord, the young King. 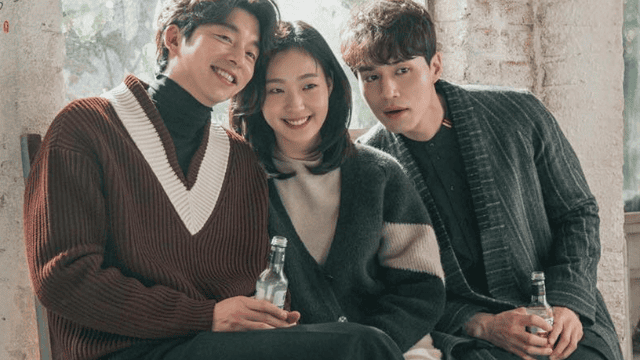 With the aid of his human spouse, Ji Eun Tak, he hopes to put an end to his cursed everlasting existence (Kim Go-eun). However, it turns out that Kim Shin's roommate is a grim reaper (Lee-Dong Wook), who Kim's nephew rented their home to.

Read more:-Top 10 Scariest Things in the World: You Must Know Before You Die!

The super-popular K-drama, which is also known as Guardian: The Lonely and Great God, is helmed by Eung-bok Lee.

The tale revolves on five families and their five adolescent children, and it is set in the small Seoul neighborhood of Ssangmundong. This Korean drama transports you to the final decade of the 1980s. 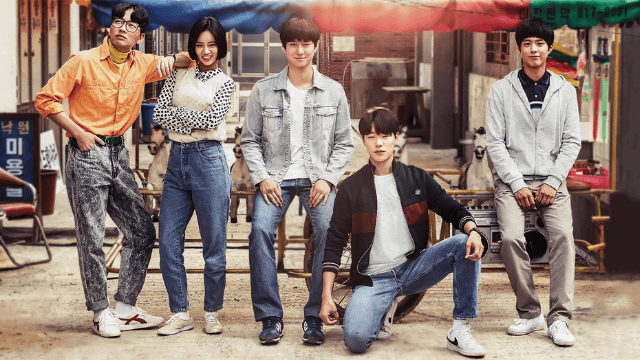 Even though Sung Deok Sun (Hyeri Lee) and her pals struggle to get through their difficult adolescent years, which will eventually affect their destinies, life may appear simple back then without technology.

You may like:-Most Rich Rappers: Check Out the Place of You Favourite Rapper!

6. The World of the Married

This Korean drama follows Ji Sun Woo (Kim Hee-ae), a well-known assistant director in a hospital, throughout his life. Her husband, Lee Tae Oh (Park Hae-joon), is the owner of a small entertainment company. They enjoy their happy home in Gosan with their adolescent son Joon Young (Jeon Jin-seo).

Up until Sun Woo finds out about her husband's adultery, everything appears to be ideal. The pair then engages in a string of falsehoods, betrayals, and acts of retaliation.

Han So-hee, Seon-yeong Park, Kim Young-min, Gook-hee Chae, and Yeo Da Kyung are the other leads in The World of the Married, and all of them provide outstanding performances.

One of the most well-known Korean dramas, Sky Castle is a satire series that centers on a group of affluent moms who dwell in Seoul, South Korea's opulent Sky Castle neighborhood. They make every effort, even at the expense of taking the lives of others, to make sure their spouses are prosperous and their kids enroll in prestigious colleges like Seoul National University.

8. Crash Landing on You

Crash Landing on You, a film by Kim Hui-won and Jung Hyo Lee, tells the story of Yoon Se-ri (Son Ye-jin), a South Korean heiress who has a paragliding accident and unintentionally lands in North Korea. As a lovely army commander named Ri Jeong-hyeok (Hyun Bin) saves her and falls in love with her, her future is changed.

The pair looks for methods to remain together as Yoon Se-ri is assisted by Ri and his North Korean friends in returning to South Korea.

Ji Sun Woo, a prominent assistant director in a hospital, is the subject of this Korean drama starring Kim Hee-ae. Lee Tae Oh (Park Hae-joon), who owns a small entertainment company, is her husband. Their teenage son Joon Young (Jeon Jin-seo) and they reside peacefully in Gosan.

Up until Sun Woo discovers her husband's adultery, everything seems ideal. A slew of falsehoods, betrayals, and acts of retaliation between the pair occur next.

Additionally featured in The World of the Married are Han So-hee as Yeo Da Kyung, Seon-yeong Park as Go Ye Rim, Kim Young-min as Son Je Hyuk, and Gook-hee Chae as Sul Myung Sook, all of whom excel in their respective key roles.

The drama shown in Dear My Friends is a slice of life story, although it leans more and more into melodrama as it progresses. The show takes inspiration from Hospital Playlist and the Reply series.

If I had to write down who everyone is and how they are connected to one another, it would take many lengthy paragraphs, but suffice it to say that you should be prepared to walk into this one with a box of tissues.

Shadowlands Season 4: Check Out Release Date of the Game!

The Woman King: Viola Davis Has An Amazing Historical Tale to Share!

Who is Mr. Sexy Zoom Man?: Know Everything About Alex Cooper’s Boyfriend

What is Net Worth?: What Factors Are There in Any Net Worth?